University of Mississippi journalism professor Kathleen Wickham served as Chair of the Americas/Chair of the Humanities and Social Sciences at the University of Rennes in Brittany, France, while on sabbatical this spring.

It was Wickham’s second trip to France to teach. In 2016, while researching her book We Believed We Were Immortal: Twelve Reporters Who Covered the 1962 Integration Crisis at Ole Miss, about the killing of French journalist Paul Guihard in Oxford, she gave lectures at the Pantheon Sorbonne University and the University of Rennes 2.

“Paul Guihard serves as the link between Brittany and Ole Miss,” Wickham said. “He is the only reporter killed during the civil rights era. The fact that it occurred on our campus is a shame, but it also creates an opportunity today to let the world know we are not the same campus that we were in 1962.” 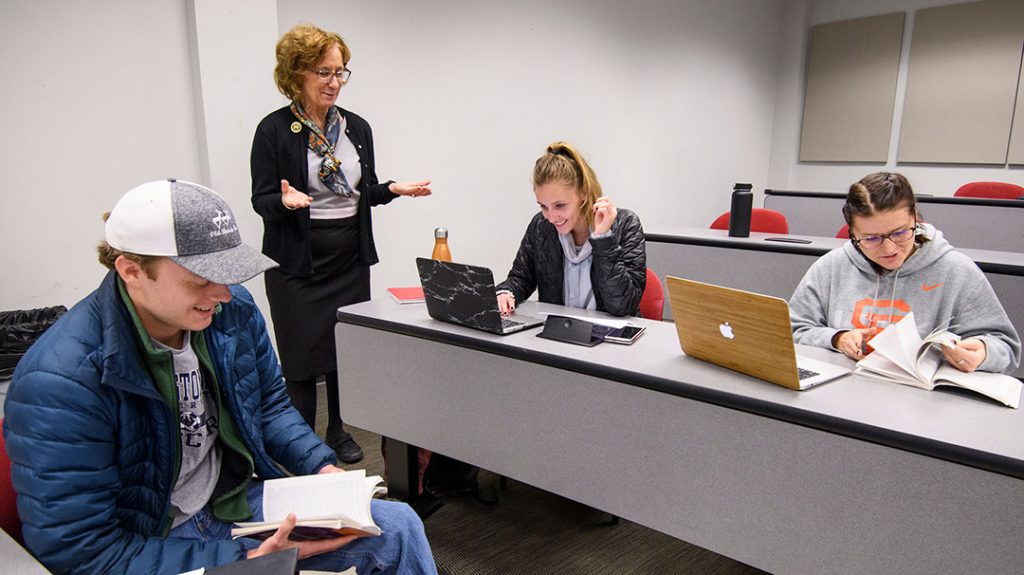 After that visit in 2016, Wickham learned of the Chair of the Americas position, applied and was approved to go this spring.

Wickham lectured on a variety of topics related to media coverage of civil rights and media ethics, specifically on “fake news” and the status of American media. She is also working to further relations between Ole Miss and the University of Rennes by serving as a link between the two universities to develop a student exchange program.

“Our Office of Global Engagement is working with their Rennes’ counterparts,” Wickham said. “The goal is to start a one-on-one student exchange and then expand as interest develops.”

Wickham said she always wanted to work abroad and has been grateful for the opportunity to do so this semester.

“The administration, faculty and students have been supportive, welcoming and engaging,” she said. “We have shared stories of academic life, discussed research and world affairs. Student issues are universal; faculty life similar with research, service responsibilities and committee work.”

“For most, it was the first time they have interacted with an American,” she said. “I am an animated teacher who asks students questions to generate a discussion.

“They all follow American politics and know far more about American culture than, I expect, American students know about France. I hope they viewed me as a good ambassador of the U.S. and Ole Miss.”

Her future Ole Miss students will benefit from her experiences in France, as well.

“I am going to add more international examples to my ethics casebook to expand the worldviews of my students. I also plan on developing a course on ‘fake news’ based on the course I taught in France.

“The issue is universal, and news organizations are now staffing desks with personnel whose task it is to ascertain the accuracy of facts, photographs and sources.”