Dr. Iveta Imre is a new assistant professor of visual storytelling. She joined the faculty in 2018. Prior to coming to the United States, Imre worked as a broadcast reporter for the Croatian Public Television (HRT).

She graduated from the University of Tennessee with a Ph.D. in communication and information, where she also produced documentaries and worked as a visual specialist. For the past 10 years, she has been teaching classes that range from television news and documentary production to multimedia reporting and social media publishing.

“I’m very excited to be here,” Imre said. “I’ve had the School of Journalism and New Media on my mind for a very long time, so this is my opportunity to finally be here and work with the wonderful broadcast faculty and students. I’m excited to work with the students, learning more about them and their capabilities, and working on wonderful projects.” 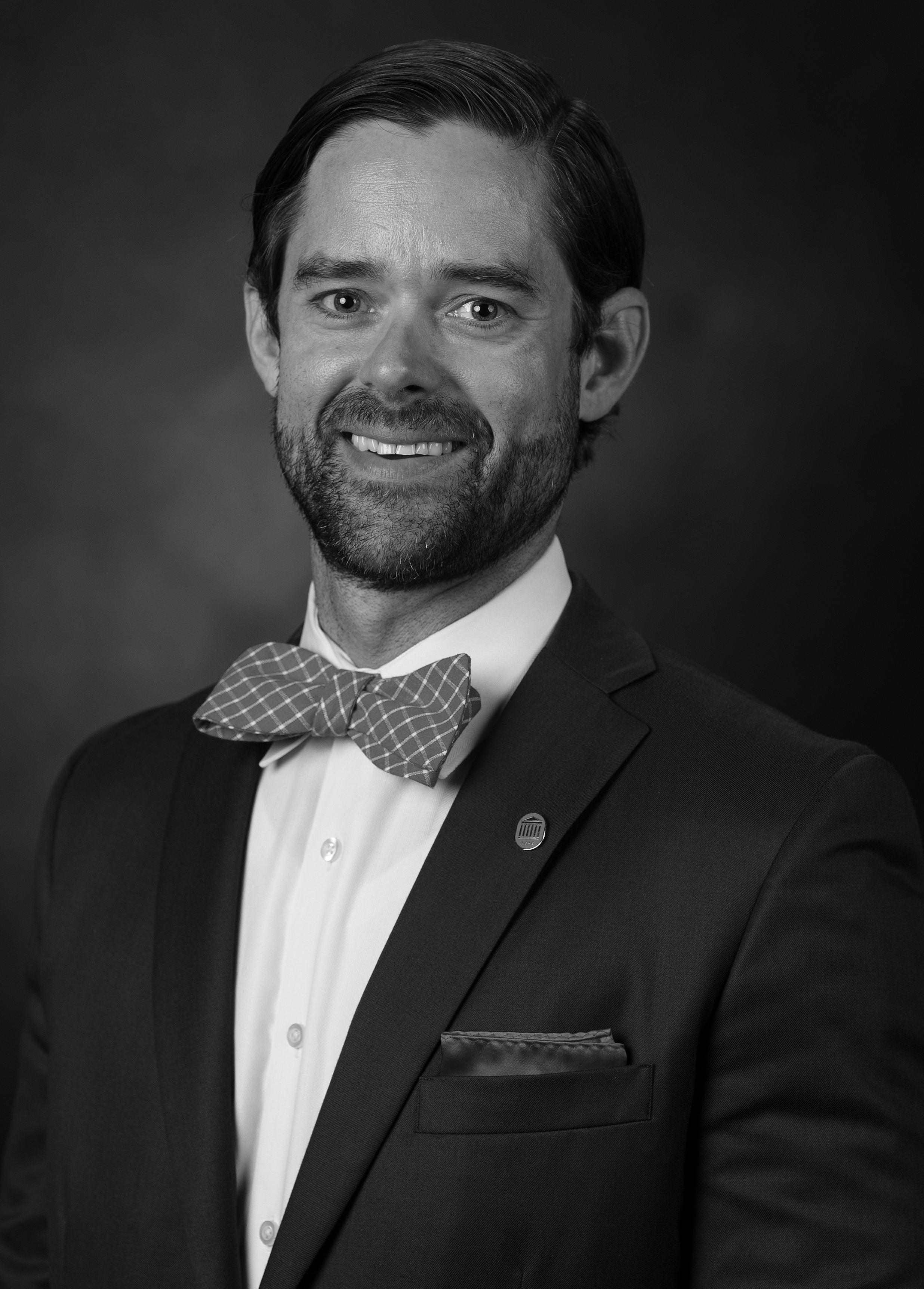 Dr. Graham Bodie, Ph.D, is a scholar, educator and consultant. In each role, he attempts to bring attention to one fundamentally important, yet undervalued skill – listening.

Dr. Bodie is an internationally recognized expert on listening who has published more than 80 monographs, book chapters, and encyclopedia entries. His most recent project, The Sourcebook of Listening Research (Wiley-Blackwell), is a comprehensive resource that reviews and critiques current and potential approaches to measuring listening.

“Whether you are a marketing professional or journalist, your career is influenced by how well you listen,” Bodie said. “And although you can find countless references to the importance of listening, how much direct training or education do companies, schools, or communities offer – training that actually improves our ability to process information and understand various perspectives? I’d like the change that.”

Dr. Bodie’s work has been funded by the National Science Foundation (EPSCoR) and featured in the Wall Street Journal, Psychology Today, and on National Public Radio. In addition to several research awards, he was honored twice with Professor of the Year by students in the Department of Communication Studies at Louisiana State University, where he also was recognized with university-wide teaching awards.

“My research, teaching, and consulting center on how people and the organizations they represent can cultivate a Listen First Mindset, a mindset that challenges our Western tendencies to broadcast our messages without first considering our audiences,” Bodie said. “Truly attending to others is a powerful way to connect, and whether it is your friend, family member, co-worker, client, student, or customer; everyone has a fundamental need to be heard.

“Listening effectively can help you fulfill that need. I am excited by my new role in the School of Journalism and New Media because it allows me to reach new audiences and learn from new people. And that’s what listening is all about.”

When Bodie consults, he prefers projects that allow him to make a difference. Currently, Dr. Bodie serves as an executive advisor for the Listen First Project and vice chairperson for the Global Listening Centre.

Dr. Bodie received his bachelor’s degree and master’s degree in communication from Auburn University and his Ph.D. from Purdue University. In addition to LSU, he served as a visiting scholar in the School of Media and Communication at Korea University in Seoul, South Korea.

Brad Conaway earned two bachelor’s degrees from the University of North Texas, one in radio/TV/film and one in English literature, with a history minor. Following a 15+ career in television content producing, now he studies and specializes in emerging forms of digital communication, especially social media.

As a digital manager, he created a social media strategy that was named Best in Company in terms of engagement analytics. As the corporate digital content manager, Conaway led Raycom’s push to think “Digital First,” using social media.

“I’ve never taught before, so this is a new experience,” said Conaway. “It looks like a great group of people to join and get to work with. I’m teaching digital marketing and a social media producing class.”

Conaway has covered several events, from a local shooting at a courthouse, the explosion of the Space Shuttle Columbia upon re-entry in 2003, and the morning of Super Bowl 45 in 2011 that blanketed Dallas for two days caused by a super freeze resulting in injuries. He was an Emmy nominee, Best Morning Newscast-Large Market and TAPB winner, and Best Morning Newscast-Large Market winner in 2010.

Bobby D. Steele Jr. earned a master’s degree in journalism from the University of Mississippi and a bachelor’s degree in health services administration from Franklin University. After a graduate internship for the Division of Outreach and Continuing Education, specializing in creative content, photography and social media marketing, he became an adjunct professor for IMC.

In the fall of 2018, Steele was promoted as the branding and promotions manager for the Meek School of Journalism and New Media. He is director of operations and a board member for the nonprofit organization Delta Jewels Support Foundation, and marketing director of Cherry Blossom Way Farms in Columbus, Ohio.

Steele is a decorated veteran who served seven years in the United States Navy. He was an active member during campaigns Desert Storm, Desert Shield and Kuwait Liberation.

“I’m starting the real estate promotion program,” said Wade, a new assistant professor of integrated marketing communication at the School of Journalism and New Media. “I’ve been at the university since 2005. I’m excited to be here. I just look forward to building the program and continuing my research.”