The great-great-granddaughter of a Pulitzer Prize-winning Memphis cartoonist is forging her own path in the journalism world.

Tupelo native Abbey Edmonson’s great-great-grandfather and great-grandfather, J. P. Alley and Cal Alley, were editorial cartoonists for the Memphis Commercial Appeal during the early to mid-20th century. J. P. Alley was the first cartoonist at the Appeal, and he won a Pulitzer Prize for journalism in 1923.

Edmonson will soon graduate from the University of Mississippi School of Journalism and New Media and pursue a graduate degree. The Tupelo High School graduate always enjoyed reading and writing and knew she wanted to continue that passion within her studies at Ole Miss.

Originally an English major, halfway through her freshman year, Edmonson decided to switch majors and has focused on editorial journalism with a specialization in social media. She said majoring in journalism and minoring in English and creative writing has been “the best of both worlds.” 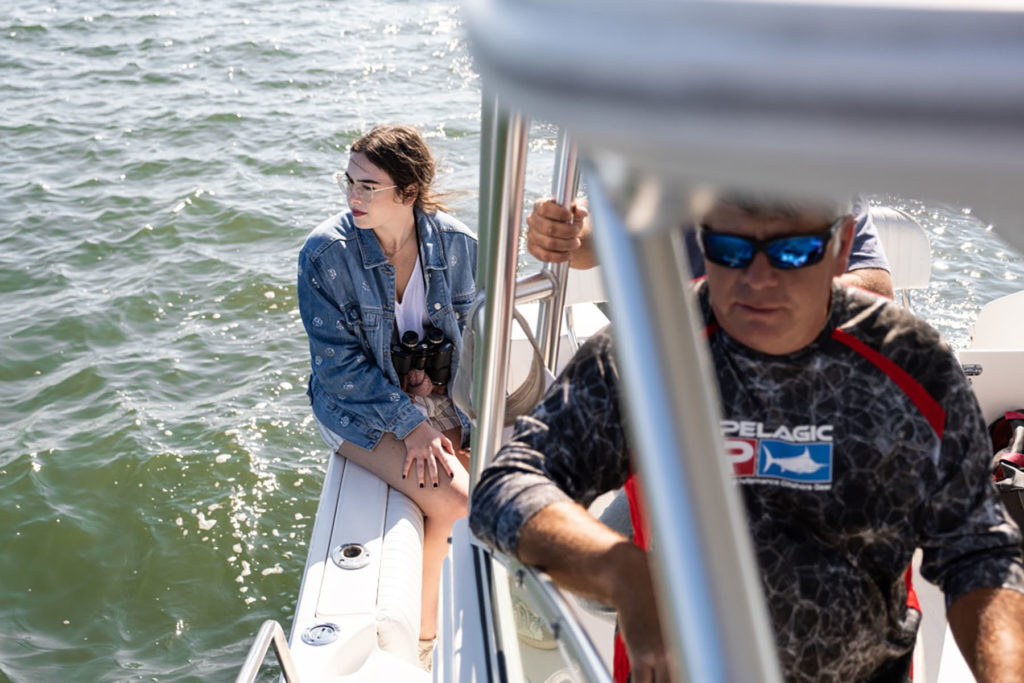 Abbey Edmonson rides in a boat during a recent journalism project that explored climate change in Mississippi. The photo was taken by Billy Schuerman.

One of Edmonson’s accomplishments was receiving a scholarship to attend the Investigative Reporters and Editors conference in September of 2020. Edmonson said professor Cynthia Joyce inspired her to apply for the scholarship. She was shocked, yet happy to receive the opportunity.

One of her favorite conference events, held online due to COVID-19, was a student journalist networking event during which student journalists from across the country discussed their graduation plans, Edmonson said.

During her time at Ole Miss, Edmonson has been involved with “Her Campus,” an online magazine written by and focused on empowering women in college.

Between her sophomore and junior year, she received an internship to work at Invitation Magazine in Oxford, a local event publication that covers Northeast Mississippi. Last January, she was promoted to editorial assistant.

Edmonson works with a small staff and has written for different departments. She runs all of Invitation’s social media accounts, works on shout-outs, the team calendar, and has taken event photos. At times, she had even illustrated and written feature stories.

During an editorial meeting in the fall before the COVID-19 pandemic, Edmonson pitched a story idea to Rachel West, publisher of Invitation Magazine and an adjunct instructor of integrated marketing communications, about a class she was taking at Ole Miss taught by cartoonist Marshall Ramsey. 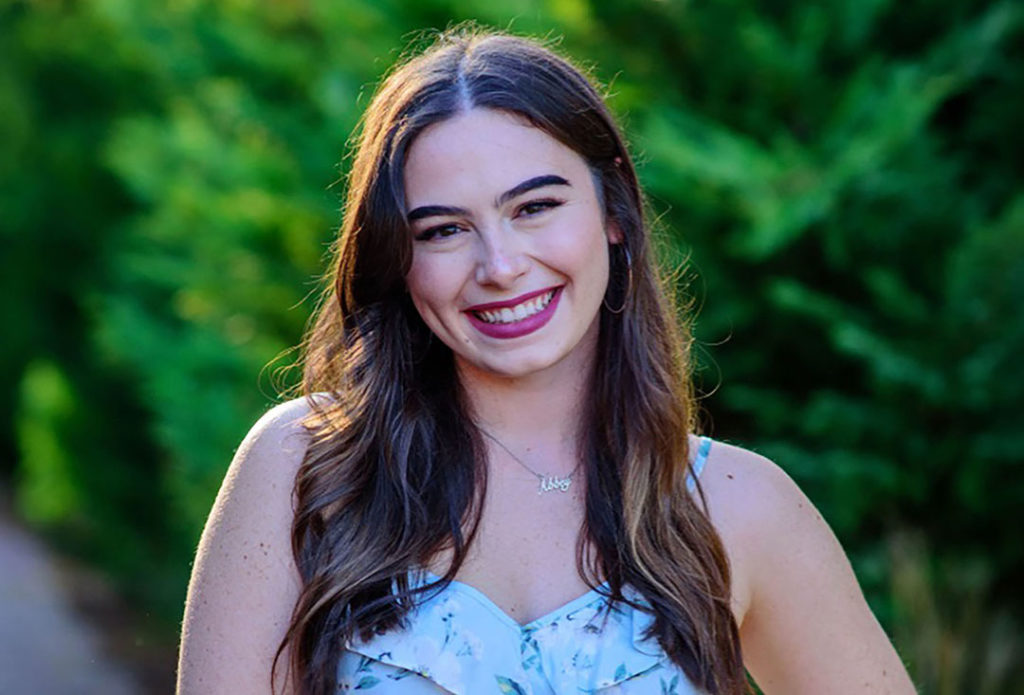 West said Edmonson wanted to write a story about her experiences taking the cartooning class and her family background of cartoonists, and compare how the old and new cartoons she had obtained and created have influenced her learning experiences within the class.

“That idea really put a whole lot of air under her wings,” West said. Soon after, the two began discussing plans for Edmonson’s future after Ole Miss.

While applying to different jobs and grad school, West saw that Edmonson was talented and passionate about art and storytelling. She suggested that Edmonson apply to the Savannah College of Art and Design.

“It’s always better to have options,” West said. “As a student, it is rewarding to come from an undergraduate program such as Ole Miss because of how much other schools look at and value it so much.”

After applying to various schools, Edmonson has been accepted into the Columbia University Graduate School of Arts and Sciences and the Savannah College of Art and Design MFA in writing program. As of now, she will be attending SCAD.

“In her application essay, she spoke about how growing up with an autistic brother forced her to get comfortable being in the background – but it was from that vantage point that she cultivated such sharp observational skills,” said Cynthia Joyce, associate professor of journalism. “In my experience, it’s rare to see such a quiet, attention-avoidant student emerge as a true leader. In both her academic and personal achievements, Abbey has done just that.”

West said Edmonson is well prepared for this industry.

“Abbey never comes to a meeting or leaves work without having contributed something,” West said. “That is the most amazing quality in anyone in the workplace.”

Edmonson said she enjoyed being involved in the Lens Collective photography workshop in 2019 during which she learned new multimedia journalism skills. She also took a trip for her honors thesis practicum with Professor Michael Fagans and student photographer Billy Schuerman.

“Take advantage of every out-of-classroom opportunity that is given to you,” she said. “I learned a lot of things that you just can’t learn in the classroom. You have to learn it on your feet and in real life.”

Excited to embark on her new journey, Edmonson hopes to become involved in the magazine and publishing industry, whether that is working for Garden & Gun, Southern Living, or Penguin Random House.

This story was written by student Cloi Bryan for OxfordStories.net.

For more information about our journalism or integrated marketing communications programs visit jnm.olemiss.edu or email jour-imc@olemiss.edu.