NewsWatch Ole Miss won first place in the TV newscast category for its Dec. 1 show about NCAA sanctions against the football team. Judges said about the newscast: “Ole Miss athletics got hammered. The Ole Miss journalism students hit a home run. Comprehensive coverage of a story that impacted the Oxford campus. Well thought out. Live shots added to the overall presentation.” 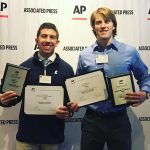 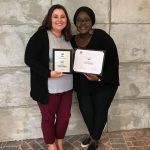 From left, Lana Ferguson and Ethel Mwedziwendira represented The Daily Mississippian at the AP Awards Luncheon Saturday in New Orleans. 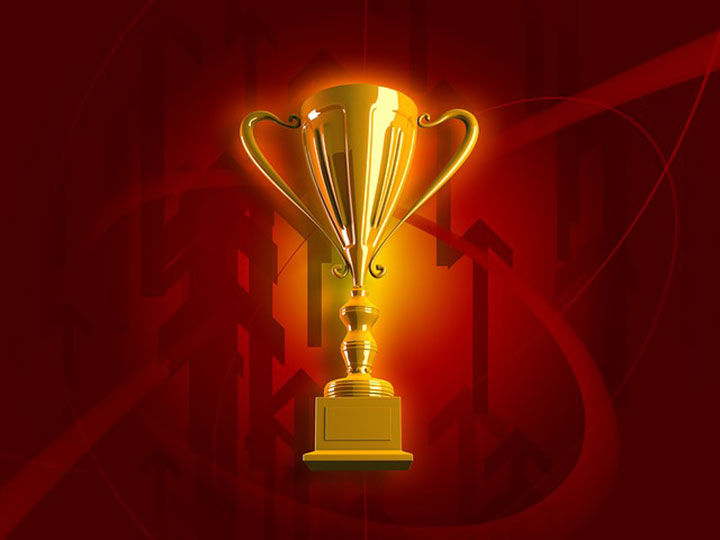 Second places were awarded to Ethel Mwedziwendira, for newspaper layout and design; Lana Ferguson and Clara Turnage, for breaking news, for coverage of the arrest of a student for election sign vandalism; NewsWatch Ole Miss, for sportscast or sports program, for its live reports about NCAA sanctions; Abbie McIntosh and Marlee Crawford, in the documentary category, for a package about Orange, Texas, recovering from Hurricane Harvey; DeAndria Turner, in the radio sports category, for a recap of the Ole Miss vs. LSU football game; and Italiana Anderson for radio news, for a package about the Hurricane Harvey relief effort.

Unlike in previous years, this year there was no “best newspaper” or “newspaper general excellence” category.

The awards were presented Saturday, April 7, at the Louisiana-Mississippian convention at the World War II museum in New Orleans. In attendance from the Meek School were Lana Ferguson, Matthew Hendley, Ethel Mwedziwendira and Collin Rivera.