Beatty works behind the scenes for the Ole Miss Rebels

Videographer, journalist and social media guru are all words used to describe Kayla Beatty. Beatty is a senior at the University of Mississippi and in her second year working for Ole Miss Athletics in production.

As a journalism student, she has gained essential skills for working professionally in the field. As a main videographer for Ole Miss Athletics, Beatty has worked every sports event at Ole Miss. Her favorite sport is basketball, but not always. 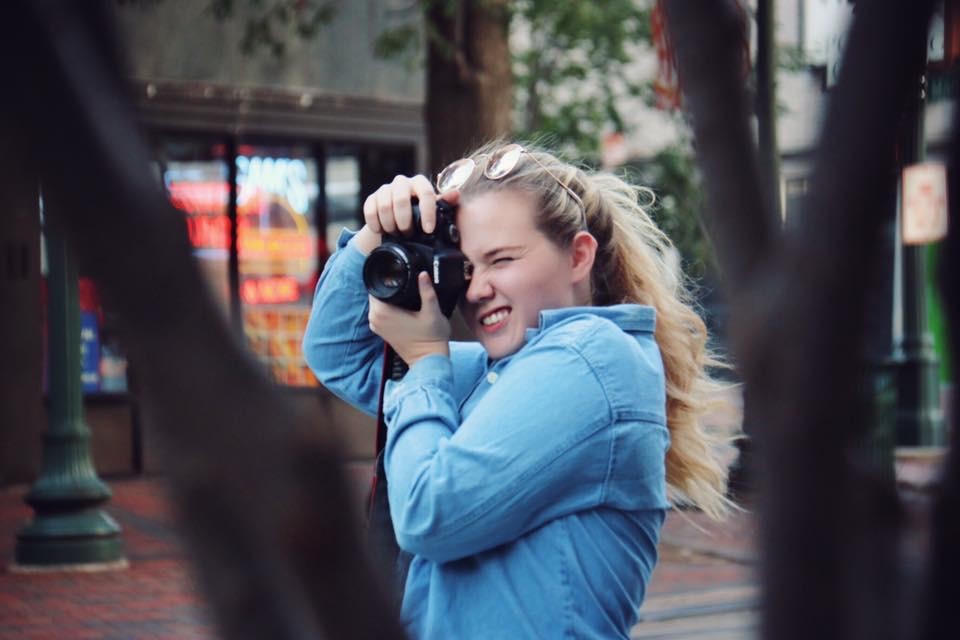 “I grew up watching soccer,” she said. “I knew nothing about football, basketball or baseball.

She quickly learned the sports and now sometimes thinks she could coach them. Beatty works on a team of roughly nine to 12 people. Half of them are students. This a paid job, but her first year counted as internship credit. 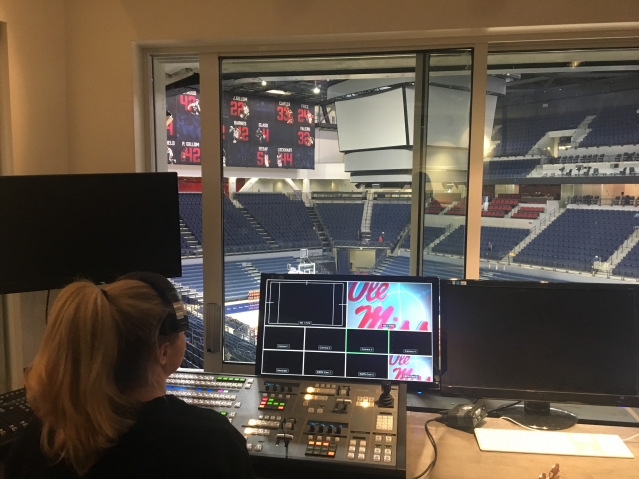 “While I may not go into the sports production field, the skills and opportunities I have been given are out of this world,” said Beatty.

Before every basketball game, the team of videographers meet two hours before to begin testing equipment. There are multiple cameras around the Pavilion to get high and low shots. They check lighting, sound and angles to get the perfect shot at game time.

An hour before the game begins, they get into position. They start getting clips of the crowd, and the teams warm up. The team films everything that spectators see in the arena and what is posted throughout the game on social media.

Everything that the cameras in the arena pick up is sent immediately to the control room. There, staff members operate music, lights and everything you see on the jumbotron. They also quickly make graphics for social media and talk with SEC Sports. 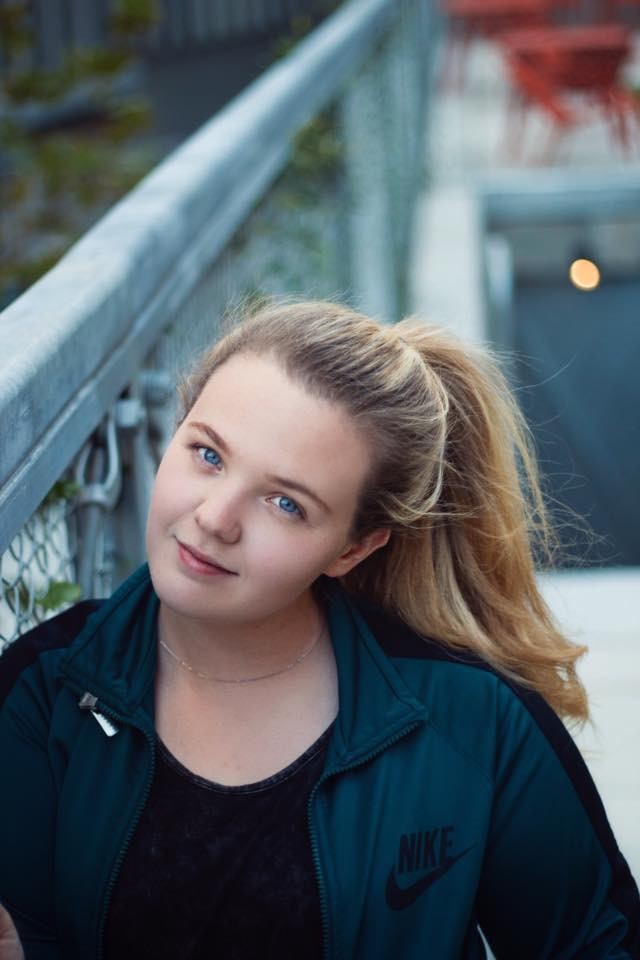 “We all have headsets on so we know what we all are doing,” Beatty. “Communication is key in the industry.”

Beatty’s favorite video to capture is when she follows the ball closely on camera and gets the angle as it lands in the net. She uses a “slash camera” to achieve this. This was one of the hardest skills to perfect. She said she is still learning.

Videography and photography is all about practicing. When she first started, she shadowed an existing staff member to learn the basics.

“They take baby steps so they can ensure you will know everything before you are on your own,” she said. “A lot of basic skills I taught myself on my iPhone.”

After shadowing someone with experience, the videographers are on their own. After about a year, they usually end up having a shadow or “buddy” to teach.

Beatty said the most important piece of advice is know your equipment. Supervisor Hank Lena is their main support. Lena works the control room and is in charge of the team during the game.

“The staff is so talented,” Lena said. “They are always eager to learn. For my students, I am here to make sure they are getting the knowledge they will need to continue a career in production and journalism.”

Another favorite part of the job for Beatty is creating graphics for Ole Miss sports teams’ social media. Within minutes of the live footage, the staff sends Tweets, Instagram posts and Snapchats.

A great part of working for Ole Miss productions is they allow everyone to rotate positions. Everyone may have their preference, but they are given the opportunity to use a high camera, low camera or work in the control room. Staff is exposed to videography, still photography and social media.

“I get to play with toys and get paid,” said Beatty. “I get to work with the best cameras and equipment in the industry.” 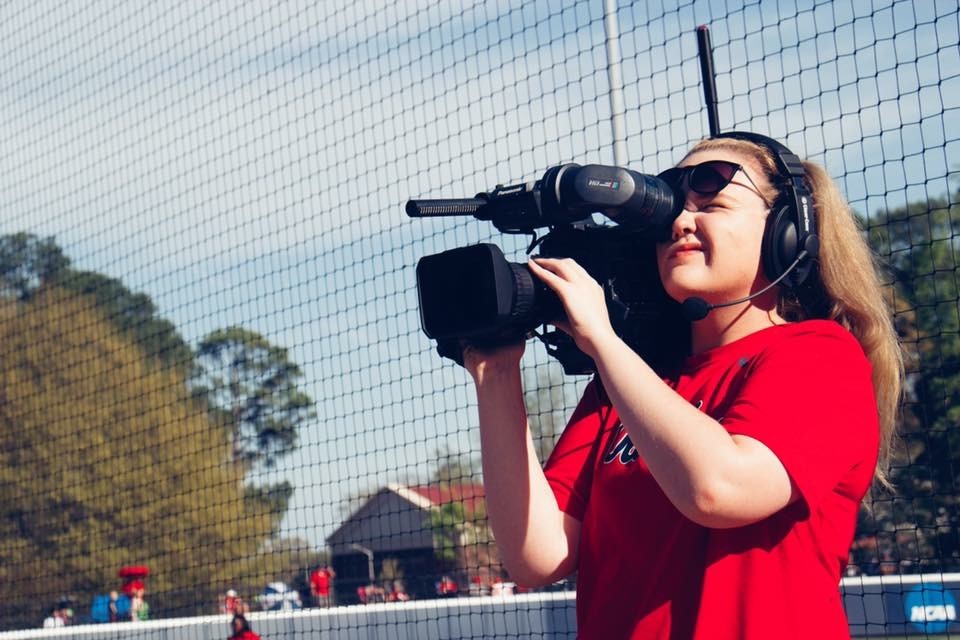 Work does not feel like work when it is doing something you love. Everyday is different working in production.

“I love what I get to do for a living, so hiring people that are also so passionate about journalism is the best part,” said Lena.

A lot of hard work goes into what looks easy to the average viewer at a sporting event. From preparation to putting all the footage together at the end, students and staff move quickly.

Beatty said she wishes she had known about this job earlier in her college career because of the skills she has learned and the connections and people she has met. She hopes to continue learning as much as she can this upcoming basketball season.