In the 90 days following the death of George Floyd while in the custody of Minneapolis police, mainstream magazines celebrated Blackness on their covers about three times more than in the previous 90 years combined.

In an article published this week by Poynter, three University of Mississippi School of Journalism and New Media professors explained this research after examining 126 magazine covers published in 2020. 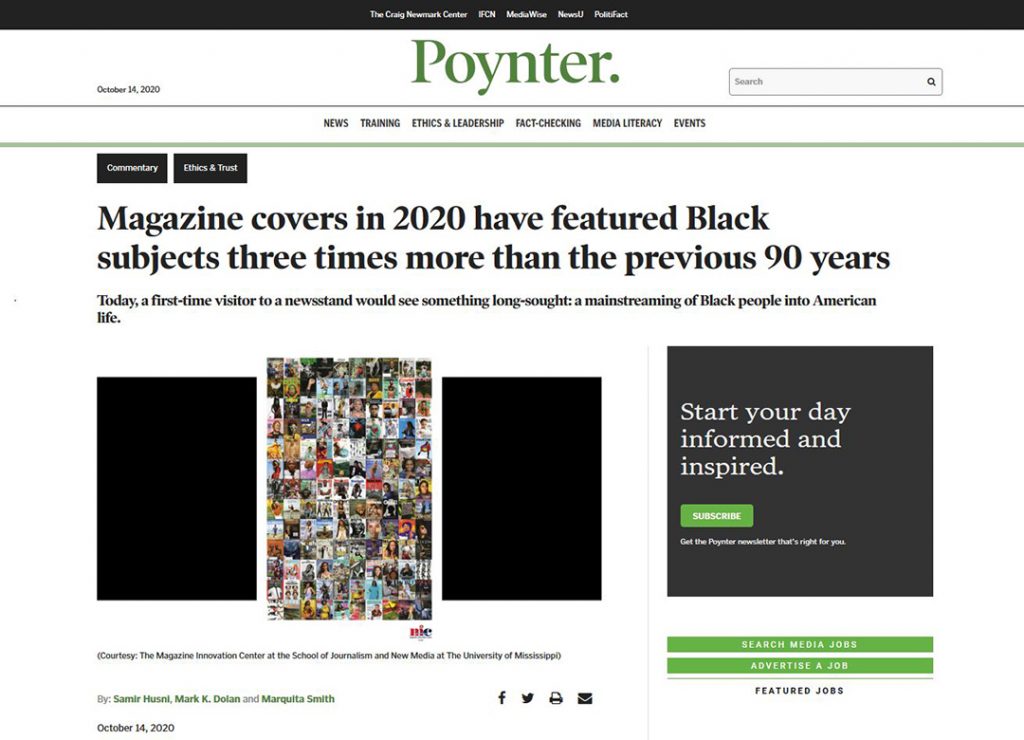 Below, from left, are Husni, Dolan, Smith and Mitchell.

“Cover designs in the aftermath of George Floyd’s death, which was recorded by a bystander and shown worldwide, were clearly more careful, even intentional,” the authors found. “These covers suggest a revolution taking place in the world of magazines, among the most significant transformations editors and publishers have delivered to their readers since the industry was born.

“Our research found that each and every one of the 126 covers published in 2020 that featured Black subjects showed them in a positive and uplifting light, whether they were ordinary Americans like the couples on the covers of Psychology Today and Southern Bride, or celebrities and politicians like those on the covers of The Week Junior, Time and BookPage.”

The authors write: “From mass mainstream magazines to small niche magazines, Black Americans were front and center. From A to Z, ABA Journal to Social Documentary Network’s Zeke magazine, the magazines are in a sea of change.”

To read the full Poynter article, click this link or the article image above.