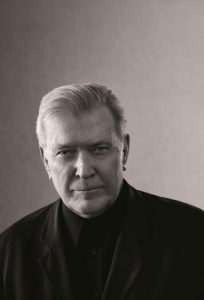 Terry McDonell has top-edited some of the most influential publications in American journalism. His new book pulls back the curtain on his four-decade career as an editor, journalist, and media entrepreneur, with stops at more than a dozen magazines: from the launch of Outside through tenures at Rolling Stone, Newsweek, Esquire, Sports Illustrated, and, most recently, cofounding the literary website LitHub.

A lot of writers and readers would love to get inside the head of the former editor-in-chief or managing editor of (among others) Rolling Stone, Sports Illustrated, and Esquire, and get insight into the minds of many of the writers and friends who this person he has published, including Hunter S. Thompson, Tom McGuane, Edward Abbey, James Salter, Kurt Vonnegut, and Jim Harrison. Meet Terry McDonell in his Accidental Life, an enlightening, fascinating and fun book—and you may do so in person when he comes to Off Square Books on September 20th at 5pm.