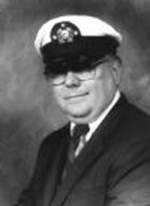 Stallworth was Class of 1959 at the University of Mississippi, where he was a member of Sigma Nu fraternity. He was active in student journalism as sports editor and managing editor at The Mississippian before being elected Editor for 1958-59. He married Martha Elizabeth Rutledge, of Crenshaw, on February 14, 1960. Upon graduating from Ole Miss, he went into business with his father at Stallworth Furniture Company, now Stallworth Carpet and Drapery.

Despite constant and debilitating asthma, Stallworth was always a competitor. After taking up bowling in the early 1960s, when his team went to the state championship, he moved on to golf. He was President of Pascagoula Country Club and a founding member of Hickory Hills Country Club. A shelf full of bowling, golfing and sailing trophies was lost to Hurricane Katrina. Having grown up sailing a catboat, the Vagabond, on the Mississippi Sound, he returned to sailing in 1970 and soon joined the competitive seasons of the Gulf Yachting Association, the Gulf Coast Yachting Association, and the Gulf Ocean Racing Circuit.

He raced a succession of boats on the Mississippi Sound, the Gulf of Mexico, Lake Ponchartrain, Mobile Bay, Santa Rosa Sound and the Atlantic Ocean. His first boat was the Tonic, followed by Tonic Too, Gosh-a-Mighty, Witch of Scranton, Pride of Scranton, Renegade, Sweet Bippy, Wild Mouse, Honky Tonk Hero (green hull), Honky Tonk Hero (red hull), and Wild Cherry. Stallworth was a charter member of Singing River Yacht Club, and served as its third Commodore. He was a past member of Biloxi Yacht Club. He was Commodore and race committee chairman of the Gulf Coast Yachting Association. He also served as a Gulf Yachting Association handicapper and national board member for the Performance Handicap Racing Fleet.

Visitation will be Thursday, 12:00 noon-2:00 pm, at the First United Methodist Church in Pascagoula, followed immediately to begin at 2:00pm a Memorial Service at the church. A celebration of life will be held at Singing River Yacht Club following the church service. O’Bryant-O’Keefe Funeral Home is in charge of arrangements.

He is survived by his wife, Elizabeth; four daughters, Sharon Stallworth Nossiter of Dakar, Senegal, Lynn Stallworth of Boone, N.C., Kathryn Stallworth Ellis of Spanish Fort, Ala., and Virginia Stallworth of Memphis, Tenn.; two sons-in-law, Adam Nossiter and William Ellis; one daughter-in-law, Susan Mackenzie; six grandchildren, Travis and Jack Tucker, Franklin and Henry Nossiter, Elizabeth and Virginia Ellis; and longtime family friends Kevin and Cheryl Wall of Rome, Ga., and their children, Matthew and Cameron. In lieu of flowers, the family asks that donations be made to the H.E. “Gene” Peery Scholarship in Accountancy, c/o University of Mississippi Foundation, University, MS 38677. You may send your condolences to his family at www.obryantokeefe.com.