For his last meeting with board members of the Freedom Forum in Washington, D.C., Meek School Dean Will Norton Jr. was greeted by all the other members hoisting Will Norton paddles.

Norton has served 20 years on the board of the organization that actively promotes freedom of expression around the globe through many initiatives and is the principal fund source for the Newseum on Pennsylvania Avenue in Washington and the Newseum Institute. 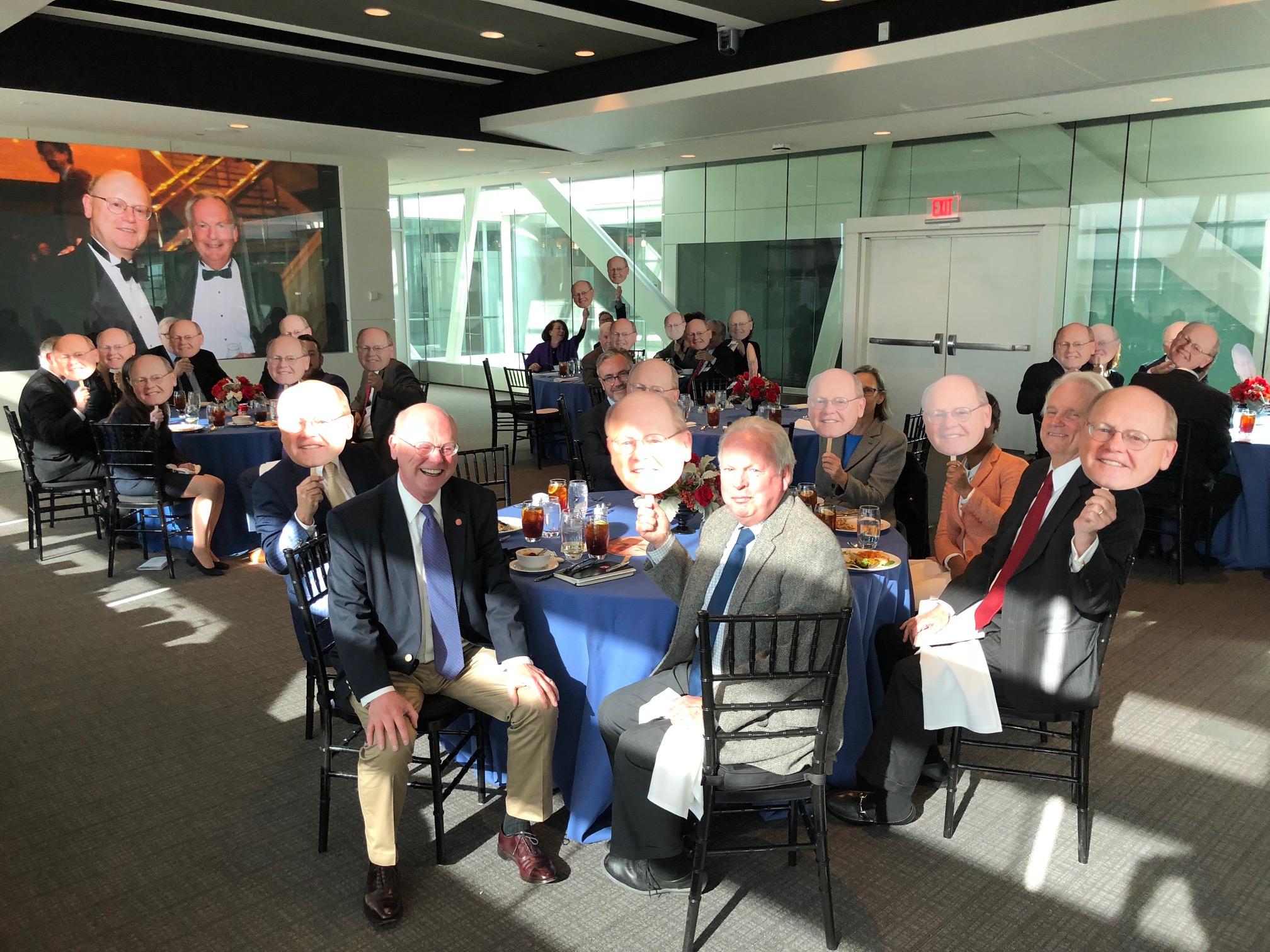 J-week ended for me on Thursday afternoon, April 16, when the Advisory Committee met for two hours to hear reports from faculty and have barbecue and enjoy a concert by Big T’s Blues band in front of the Overby Center.

I was up the next morning about 3 am and left the house at 3:30 for a 6 am Chicago-bound flight out of Memphis.  From O’Hare, I was to take a United Airlines flight to Beijing a little before 1 pm.  I was traveling from Chicago with Susan Shaw, executive director of the Accrediting Council on Education in Journalism and Mass Communications.

Our more than 13-hour flight took us almost over the North Pole before traveling south over Siberia to the capital of China.  We landed a little before 2:30 p.m. on Saturday, Beijing time – 13 hours ahead of Oxford’s Daylight Saving Time.

END_OF_DOCUMENT_TOKEN_TO_BE_REPLACED

I was having dinner in the View restaurant above the Marriott at Times Square when I learned that the 1960 Ole Miss baseball team was having a reunion on the weekend of the series against Louisiana State University.

This was the team that went 22-3 for the season and beat the University of Florida for the SEC championship.  However, this also was the team that could not play in the regional tournament that leads to the College World Series.

END_OF_DOCUMENT_TOKEN_TO_BE_REPLACED

Susanne Shaw, executive Director of the Accrediting Council on Education in Journalism and Mass Communications, and I were picked up by the driver at 8:30 a.m. and we were at work before 9 a.m.

We learned of the rapid developments in the program since it became a department in 2003.  I originally had visited in 2004 with Richard Cole, dean at the School of Journalism and Mass Communications at the University of North Carolina, and Tom Kunkle, dean at the Philip Merrill College of Journalism at the University of Maryland.  We were doing an accreditation evaluation for the Commission for Academic Accreditation (CAA) of the United Arab Emirates.

END_OF_DOCUMENT_TOKEN_TO_BE_REPLACED

“He is the best teacher I have had at this university,” a student wrote last January in the evaluation of Zenebe Beyene.

Zenebe is the assistant dean at the School of Journalism and Communication at Addis Ababa University and a doctoral candidate at the University of Nebraska-Lincoln.  He taught JOUR 400 International Communication during January Intersession at Ole Miss.

Thus, it was exciting to be invited to dinner by Zenebe’s family when I was in Addis last week.  I had traveled to Ethiopia from Dubai to try to finalize the partnership agreement between Addis Ababa University and the School of Journalism and New Media at The University of Mississippi.