An University of Mississippi School of Journalism and New Media assistant professor of journalism was included in a film highlighted in New York City’s Tribeca Film Festival.

Professor Alysia Burton Steele is featured in the film “Frame by Frame.” In it, celebrated photojournalists explore images of the people and events that helped shape the American experience and discuss how working with photographs impacts them personally.

“There are several photographers highlighted,” said Steele, adding that she was featured along with photographer Pete Souza. 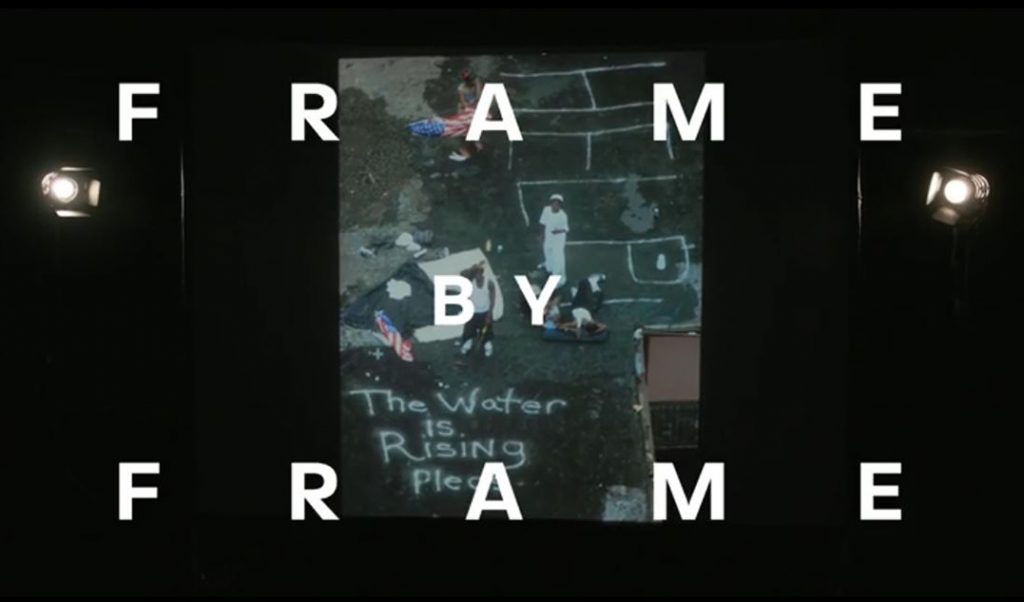 “New York Times staff photographer Chester Higgins was also filmed on the same day I was, and it was a highlight to talk with him all afternoon,” Steele said. “His book Elder Grace was inspiration for Delta Jewels (of which I sent him a copy when it was first released in 2015).”

You can view a clip from the film featuring Steele here. In it, she discussed her work as a picture editor at the Dallas Morning News in the aftermath of Hurricane Katrina.

A clip from the film featuring Steele.

In 2006, Steele was part of the photo team that won the Pulitzer Prize in Breaking News for their Hurricane Katrina coverage where she served as a picture editor.

Steele is a multimedia journalist and author of the book “Delta Jewels: In Search of My Grandmother’s Wisdom,” a finalist in the 2015 Jessie Redmon Fauset Book Awards for nonfiction.

She received her bachelor of arts degree in journalism from Indiana University of Pennsylvania and her master’s degree in photography from Ohio University’s School of Visual Communication.

Steele spent five weeks documenting life in South Africa, Uganda and the Ivory Coast, where her images were featured in Habitat for Humanity’s 25th anniversary coffee table book. While working as a photographer at The Columbus Dispatch, she won the 2004 James Gordon Understanding Award for photographic excellence for her month-long assignment inside the Kakuma Refugee Camp in Kenya.

She also did picture editing for the National Urban League and designed their 100th commemorative poem booklet written by Maya Angelou. She has won numerous awards for her photography and picture editing.