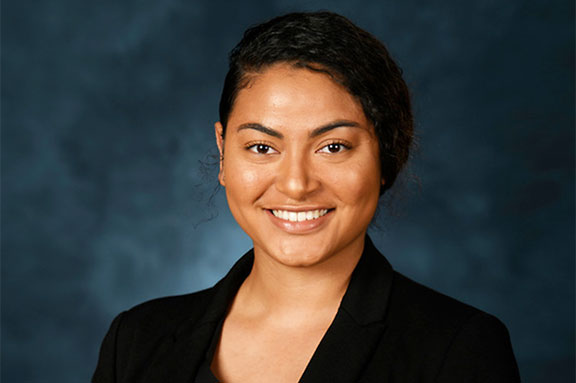 A conservative radio talk show host and producer spoke at the University of Mississippi School of Journalism and New Media Tuesday sharing storytelling tips and his political beliefs.

Lee Habeeb, vice president of content development for Salem Radio Network, hosts “Our American Stories,” a program that airs on more than 200 radio stations across the country.

He was the co-creator and executive producer of The Laura Ingraham Show, a radio show hosted by conservative commentator Laura Ingraham, who also had a television show on Fox. 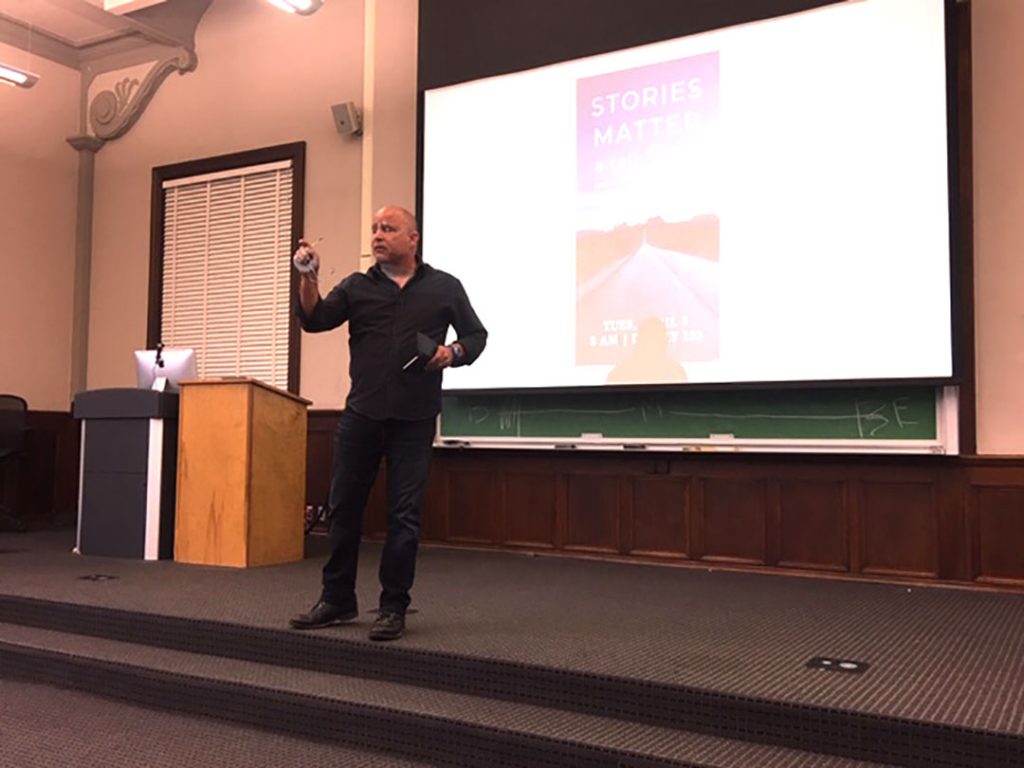 “Storytelling,” Habeeb said. “It’s what I’ve done for a living. And when I told my dad that was what I wanted to do, he thought I was crazy because Lebanese people own businesses. That’s what we do. We buy stuff and we sell it.”

Habeeb said storytelling is the art of listening. You’re not always going to like what you hear, but he said listening is important.

Habeeb said what he has learned about storytelling – the beginning, middle and end – sounds simple, but it’s not.

“The beginning should be really, really short, like life itself,” he said. “As we look at our life backwards when we’re 80, we don’t really recall the first three years of our life, let alone the first seven or eight. The most formidable part of our time probably starts in our early teens and goes straight up to our 60s. The rest is sort of memory.”

The short beginning should grab people’s attention, he said.

“The middle should be very long, just like life, really long. And the end should be, hopefully and pleasantly, short, as we all hope to go out … dying doing something we like … real sudden.”

Storytelling should have properties like life itself, he said.

“So then the question is: What do we tell stories about? And that’s for you to think about. That’s all journalism is. It’s storytelling. Who? What? Where? and Why? And I’m always really concerned with the why. What motivates people to do what they do?”

As a writer for Newsweek, Habeeb said he is paid per view, or based on the number of views his stories receive, so it is important to be a good storyteller.

“My life is to write something for Newsweek that people will click,” he said. “And if they click it through a few pages, I get paid a lot. And if they don’t click it, I’m fired.

“And I like that because I can’t be a victim in that universe. There are standards, and I have to entertain or amuse people … The joy of life is that if you write something interesting and compelling, it migrates and finds itself into other places, and then you get paid again. The key is finding a good story.”

He encouraged his audience to “have friends who disagree with them, and love them, and have a dialogue with them.”

A new documentary on the life of a civil rights pioneer who sought to desegregate higher education in Mississippi is the result of a collaborative research effort by a group of faculty members at The University of Southern Mississippi. The film was produced by University
of Mississippi journalism and integrated marketing communications professors Alysia Steele and Bobby Steele, Jr.

“Measure of Progress: The Clyde Kennard Story” will premiere at the University of Mississippi, Overby Center Auditorium Tuesday, March 20, 2018, from 6-8 p.m. The program is free and open to the public. There will be a panel to answer questions after the premiere. Clarion-Ledger investigative reporter Jerry Mitchell, who was interviewed in the film, may attend the event.

Southern Miss Freedom50 Research Group, an interdisciplinary group of scholars in the USM Departments of English, History, and School of Mass Communication and Journalism researching racial progress occurring at the university over the last 50 years, reached out to University of Mississippi’s Meek School of Journalism professors Alysia and Bobby Steele to produce the 15-minute documentary. Project funding was provided by the Mississippi Humanities Council.

A native of Hattiesburg, Clyde Kennard made several attempts to enroll at then Mississippi Southern College, now The University of Southern Mississippi, but was denied entry by college, state and local officials. Although his efforts were obstructed, Kennard persisted until he was falsely accused and convicted of multiple crimes, then ultimately sentenced to seven years at Parchman Farm, now the Mississippi State Penitentiary. While there, Kennard was diagnosed with cancer, but was denied proper medical treatment until he was critically ill. He was released on parole in January, 1963 and died July 4, 1963, at the age of 36.

On March 30, 2006, Kennard was declared innocent in Forrest County (Miss.) Chancery Court – the same court where he had been convicted decades earlier – after subsequent investigations showed he had been framed.

To atone for its role in this injustice, USM in 1993 renamed its student services building Kennard-Washington Hall in honor of Kennard and Dr. Walter Washington, the first African American to earn a doctorate from the university. USM also honors Kennard’s legacy through a scholarship program that bears his name, which to date has benefited more than 40 of its students.

As the Freedom50 Research Group evolved, Dr. Coleman said it became clear it needed to focus its work on Clyde Kennard, because “his story is paramount in this university’s journey to desegregation and racial progress,” and engaged producers Alysia Burton Steele and Bobby D. Steele, Jr. to turn their idea for a documentary on Kennard’s life into reality. Meek School of Journalism and New Media professor Ji Hoon Heo assisted as camera operator and drone photographer.

“It has been our goal to share his story of triumph, not just tragedy, with the university and greater Hattiesburg community,” Coleman said. “We want each student that walks on this campus to know the Kennard story, understand his sacrifice and see themselves as part of his legacy,” said Dr. Coleman.

Dr. Jenkins described the project as “a labor of love for both the producers and the research group.”

“We wanted to make sure Mr. Kennard’s legacy would be the highlight of our work, and that his determination to receive an education would be an inspiration to all,” Dr. Jenkins said.

A Meek School of Journalism and New Media campaign asking students to “just pause” before stereotyping others has won a top award from the Southern Public Relations Federation.

The Lantern award was presented in the internal communications category at the Southern Public Relations Federation conference in Tupelo Sept. 26. Awards are presented at three levels in multiple categories, and the Lantern is the highest level.

The winning campaign, It Starts with (Me)ek, was created and implemented by a team of 31 students led by Senior Lecturer Robin Street. Judges for the competition repeatedly praised the “great job” the team did.

ISWM was a week of speakers, programs and communications encouraging inclusion and respect while rejecting stereotypes based on race, gender, sexual orientation, disability, mental health, religion or other factors. UM alumnus Shepard Smith spoke at two of the events. 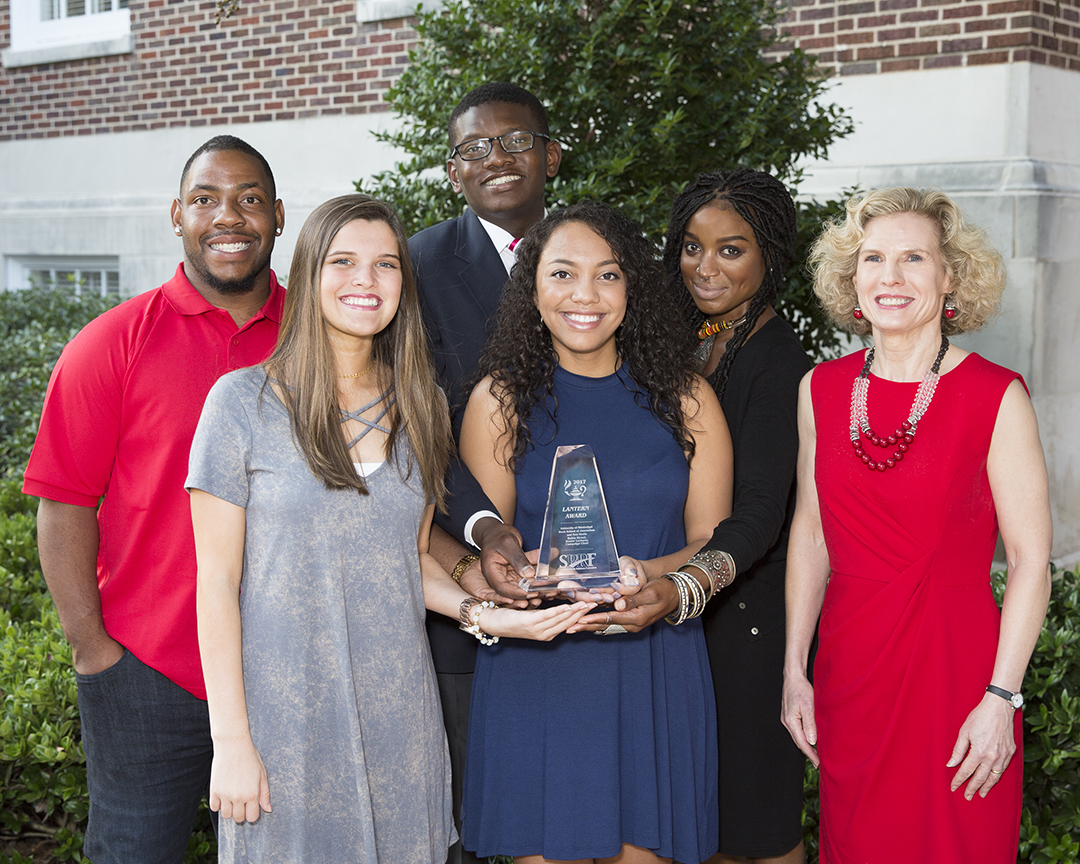 A Meek School anti-stereotyping campaign won a top honor, the Lantern award, from the Southern Public Relations Federation. Pictured here are some of the 31 Meek students who served on the campaign committee under the leadership of Senior Lecturer Robin Street, far right. Front, from left, IMC major Kaitlin Childress from Brandon and IMC graduate student Bianca Abney from Moss Point. Back, from left IMC majors Kendrick Pittman from Kosciusko and Zacchaeus McEwen from McComb, with journalism graduate student Chi Kalu from Nigeria. Photo by Stan O’Dell.

“Our students worked for months to plan and implement all the components of the campaign,” said Street, who taught the class. “They spent every Wednesday night in class and countless additional hours working on their individual tasks and assignments. I was so proud to see all their hard work and true dedication be recognized.”

Scott Fiene, assistant dean for curriculum and assessment and assistant professor, directs the IMC program at the Meek School. He attended the award ceremony with Street and several students.

“Our student team entered in the professional category,” Fiene said. “So they were judged, not by student criteria, but by professional standards. I noticed that they were the only students to win a professional award that night.  The award exemplifies how well all our faculty prepare our students for their careers in journalism, public relations and integrated marketing communications.”

For more information on the Meek School, visit meek.olemiss.edu.