“Marquita brings to us an impressive blend of professional experience and academic accomplishment,” Overby said. “Her work signals a broader interest in the media’s role in democracy.”

Smith’s role at the center will focus primarily on creating the Mississippi Democracy Dashboard, a collection of data designed to help users increase their political engagement. 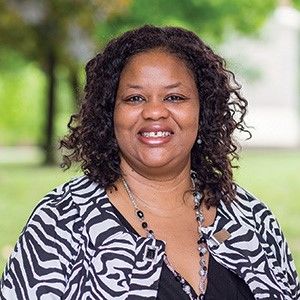 The dashboard is an effort to help strengthen community engagement in the political process while also serving as a resource to smaller local media outlets. It will be a non-partisan resource.

Smith joined the faculty at the University of Mississippi in 2020 from John Brown University, where she was an associate professor of journalism and the division chair for Communication and Fine Arts. While at JBU, she served as the inaugural coordinator of diversity relations and helped implement the university’s first diversity, equity and inclusion strategic plans. She was also a U.S. Fulbright Scholar at the University of Ghana, Legon.

Prior to transitioning from the newsroom to the academy, Smith worked for more than a decade as a student media advisor and was an adjunct professor at two historically Black institutions, Norfolk State University in Norfolk, Virginia, and Hampton University in Hampton, Virginia. She is a well-published, award-winning teacher, and her leadership in journalism education is well known.

In addition to her academic achievement, she has significant professional experience.

She was a bureau chief for The Virginian-Pilot in Norfolk, Virginia.; the Go editor who coordinated/edited a team of seven reporters prepared to deploy in a crisis from multiple bureaus; and the Portsmouth city editor and interim city editor for Chesapeake.

During her years with The Virginian-Pilot, she was named a Knight International Journalism Fellow to Liberia, providing hands-on training, workshops and seminars to help media play an active role in the redevelopment of the country.

She was assistant city editor at The Montgomery Advertiser in Montgomery, Alabama; an urban affairs reporter at the Lexington Herald Leader in Lexington, Kentucky; a religion and education reporter at The Sun Herald in Biloxi, Mississippi, and a general assignment reporter at the Knight-Ridder, Washington, D.C. bureau.

The firm also provides companies with diversity training and tools they need to increase their communications capacity and use high-impact strategic campaigns to achieve their goals.

Most recently she was recognized as the News Leaders Association’s 2022 recipient of the Barry Bingham Sr. Fellowship, “which recognizes an educator’s outstanding efforts to encourage students of color in the field of journalism.”

The Overby Center for Southern Journalism and Politics was founded in 2007 through a grant from the Freedom Forum. The center features programs, multimedia displays and publications exploring the complex relationships between politicians and the press, with a focus on Southern perspectives.

Dr. R.J. Morgan, an award-winning teacher and director of the Mississippi Scholastic Press Association, has been named a Fellow at the Overby Center for Southern Journalism and Politics at Ole Miss, according to chairman Charles Overby.

His role at the center will focus primarily on scholastic media, journalism education and related topics. He will also coordinate scheduling and operations for the center and function as a liaison between it and the School of Journalism and New Media, where he is an instructional associate professor.

“R.J. has the practical experience, enthusiasm and engaging personality that students love,” Overby said. “He will help energize the Overby Center, and he will help promote First Amendment values for our next generation.” 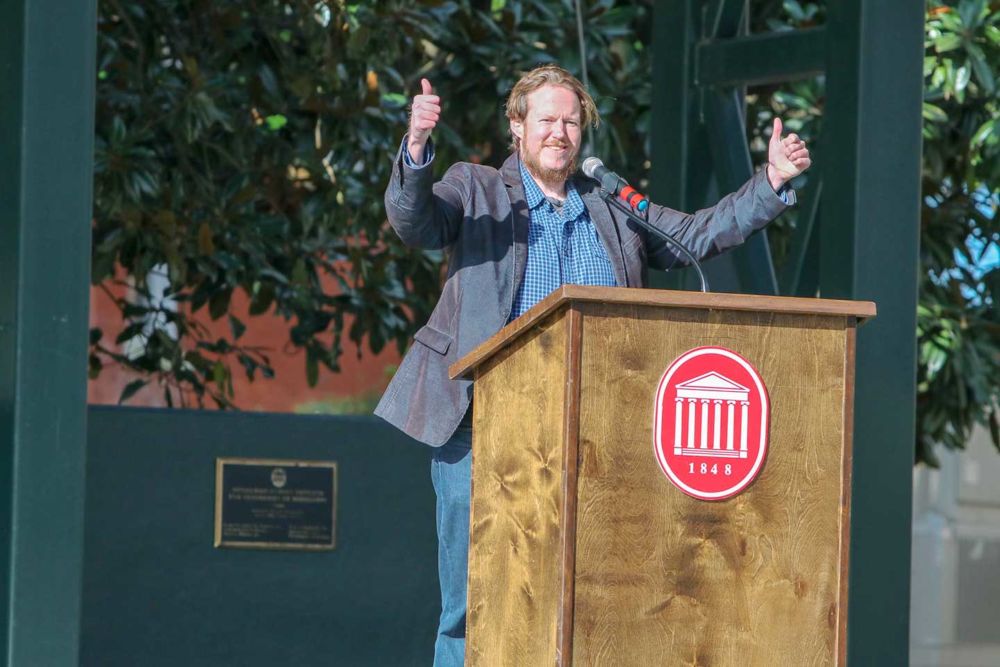 Morgan is a nationally-recognized speaker, judge and scholar in the field of high school journalism. He has served as MSPA director since 2013 and recently launched the Integrated Marketing Communication Association, a national high school media/marketing organization housed at the University of Mississippi.

He sits on executive/advisory boards for multiple scholastic media organizations, serves on the national certification committee for the Journalism Education Association, and was named Awards Chair for the Scholastic Media division of the Association for Educators of Journalism and Mass Communication last fall. He received the Elizabeth Dickey Distinguished Service Award from the Southern Interscholastic Press Association in 2018 and earned Master Journalism Educator status from JEA in 2020.

“I’ve been involved in student media in one role or another since I was in the eighth grade,” Morgan said. “The time I spent on my high school and college newspaper staffs was easily the most influential and rewarding experience of my educational career, so being able to help create those same powerful learning environments for successive generations of students has become my life’s work. As a lifelong Southerner and a strong First Amendment advocate, I am beyond excited to continue these efforts through the Overby Center.”

Among other university appointments, Morgan is a member of the School of Journalism and New Media’s executive committee and leads the school’s Talbert Fellows honors cohort. He was elected to the University of Mississippi Faculty Senate in 2021.

Morgan has a Ph.D. in K-12 education leadership from the University of Mississippi. He earned his undergraduate and master’s degrees at Mississippi State University and began his teaching career at Starkville High School, where he received several honors including STAR Teacher, Third Congressional District Teacher of the Year and the Paul Cuicchi Innovative Educator Award.  He also advised the school’s newspaper, yearbook and broadcast programs and was thrice named MSPA Adviser of the Year.

Morgan spent 16 years covering college sports for The Associated Press and has written pieces for Religion Unplugged, Sporting News magazine, the Northeast Mississippi Daily Journal and the Memphis Commercial Appeal, among others. He is currently working on his first book-length project about the folk and civil rights movements of the early 1960s.