The obstacles in the way of pursuing a college education began well before Lasherica Thornton stepped foot on the campus of the University of Mississippi.

A Type 1 diabetic and mother of two before she graduated from Bruce High School at the top of her class, Thornton was never a stranger to adversity.

“My mother passed away when I was 2 years old,” Thornton said. “She was killed in a car accident. I was dealing with that as I was growing up, and I had the typical behavioral problems that go with it.” 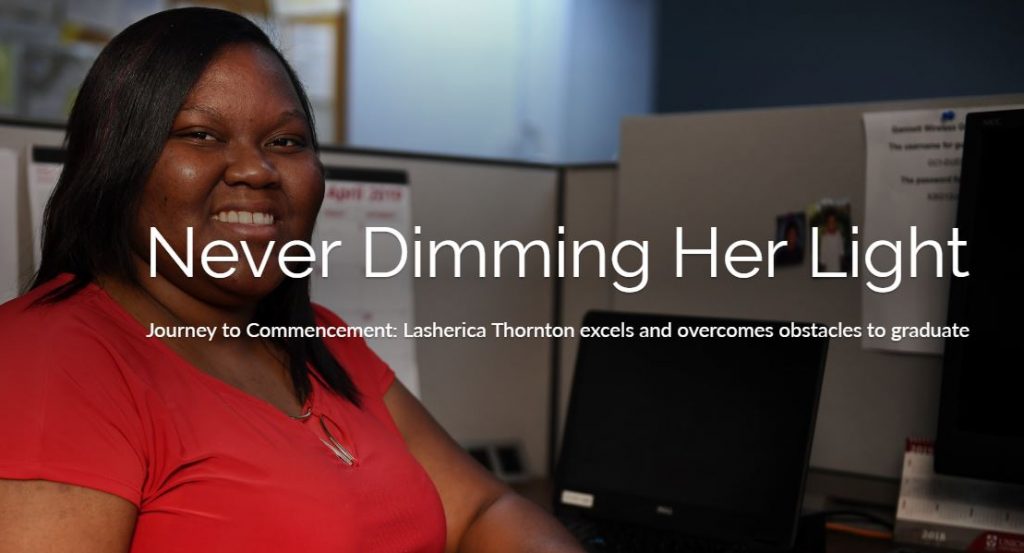 “Honestly, (Naomi) changed my life for the better,” Thornton said. “I just don’t know where I would be if it was not for her. (Aubrey) further helped me become the person I am today.”

Lasherica Thornton was named one of the Who’s Who students at the University of Mississippi Class of 2018-19. Thornton said her daughters Aubrey, left, and Naomi, middle, keep her motivated.

When it came time to pick a college, Thornton decided it was best to stay close to home and attended UM on a variety of scholarships.

“We moved to Oxford and they loved it just as much as I did,” she said.

Thornton found her calling early in life when an adviser recommended she join her high school newspaper.

“From the first moment of writing that first story, I knew that’s what I wanted to do,” she said.

Thornton hit the ground running at Ole Miss, excelling in her classwork and joining a variety of organizations. But obstacles continued. Her diabetes caused health issues, putting her in intensive care twice. Another health scare occurred when Thornton was a freshman. 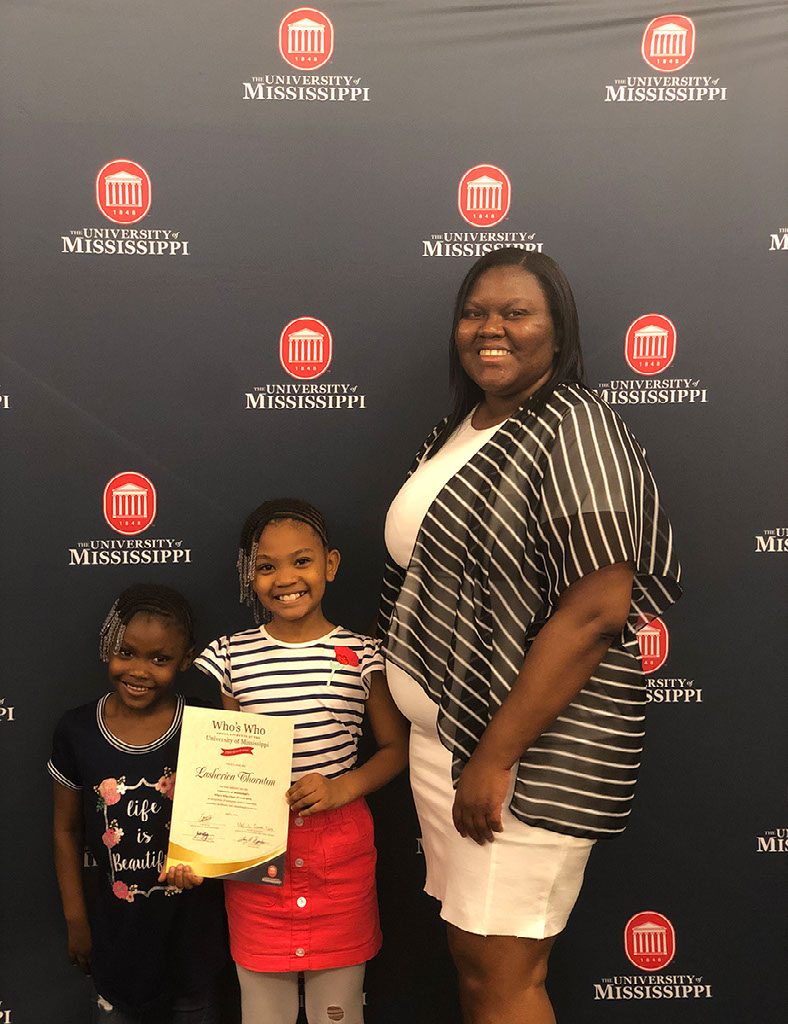 “Naomi had a seizure and I had to rush her to the hospital,” she said. “When I got her home, I still had a final exam to take. I had to get her situated, get to campus and take a final. It was moments like that (that were the biggest obstacles).”

Thornton said she would not have made it through her three-and-a-half years at Ole Miss and gotten her job at The Jackson Sun, a daily newspaper in Jackson, Tennessee, without her professors, particularly Jennifer Simmons, assistant dean for student services in the School of Journalism and New Media, and Alysia Burton Steele, assistant professor of journalism.

Thornton is the education reporter at The Jackson Sun, a daily newspaper in Jackson, Tennessee.

“I owe Ole Miss so much and all of the professors so much for that,” she said.

“I worked really hard for this,” she said. “I’m not a person who gives up, so I was never giving up, but it was about getting through those tough moments.

“More than anything, it’s about breaking statistics and letting my children be able to see that mama did this with two kids. They saw mama graduate high school as valedictorian, but mama went beyond that and got her bachelor’s.”

She said Ole Miss has taught her to strive for her goals, no matter the twists and turns it takes to get there.

“I got my first B in college,” she said. “I cried about that. Some people may have thought that was silly, but don’t let anybody stop you from crying about the things that you are passionate about.

“This university showed me (that you) don’t ever dim your light for anybody. Always be dedicated and determined to do what you want to do.”

This story was written by Justin Whitmore of University Marketing Communications. For more information about our programs, email jour-imc@olemiss.edu.