Joe Atkins, a University of Mississippi School of Journalism and New Media professor, has written a new book about character actor Harry Dean Stanton. He spent four years on this writing journey, including traveling through Los Angeles to meet some of Stanton’s actor and director friends and colleagues. The result is the 203-page book “Harry Dean Stanton: Hollywood’s Zen Rebel” that will be published by University Press of Kentucky in November. We asked Atkins to tell us how he became interested in Stanton and what he learned from his research. 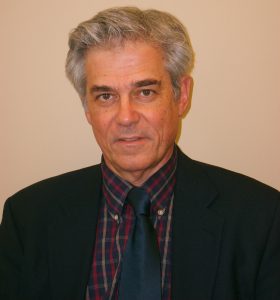 Q. Can you take me through your writing journey?

A. My writing and research long focused on labor and politics, both in the U.S. South and beyond, but I’ve turned to an old love of film in more recent years, trying to incorporate that with my earlier research.

I’ve always loved character actors, the working stiffs of the big and small screen. I always used every opportunity to do interviews with and stories about them, even as a political reporter in Washington D.C., where I covered the premiere of the film “Mississippi Burning” and interviewed actor Gene Hackman back in the 1980s.

Over the years, I’ve interviewed Amanda Blake (Miss Kitty in “Gunsmoke”), Clint Walker, Hugh O’Brian, many others. In 2016, I did a magazine piece on veteran character actor Nehemiah Persoff for Noir City magazine, and in the process, interviewed well-known film writer and film biographer Patrick McGilligan. McGilligan, I found out, headed the film series for the University Press of Kentucky, and he asked me at the end of my interview (he’d earlier read and liked a column I once wrote about his biography of film director Nicholas Ray) if I’d be interested in doing a book on film. I said, “Sure.”

He told me to come up with a couple ideas. My idea was to do a collection of essays on character actors, among them Persoff and Harry Dean Stanton. McGilligan said forget the collection, how about a biography of Harry Dean Stanton? I had done many profiles as a journalist, but never contemplated doing a biography.

I wasn’t sure, but McGilligan just kept after me, emailing and calling me over the next several months. As a writer, I had never before been subject to such a flattering pursuit! So I said yes, and I’ve never regretted it.  I was able to enter a fascinating world that I otherwise would have never known.

Q. For those who haven’t read the book, how would you describe it?

A. This is a book about a unique and compelling actor who rarely made it to the top of the marquee, but who became a legend for his performances in the supporting cast. Once called “the philosopher poet of character acting,” Harry Dean Stanton became a legend in Hollywood and among movie-goers for what director David Lynch called his “organic” acting abilities as well as for being a kind of hip, Buddhist-like persona.

He helped fuel the “New Hollywood Era” of the 1960s and 1970s in such films as Cool Hand Luke and The Godfather Part II before taking lead roles in “Paris, Texas” and “Repo Man” in the 1980s. He kept performing nearly up until his death at 91 in 2017, starring in his last film “Lucky” the year before he died. 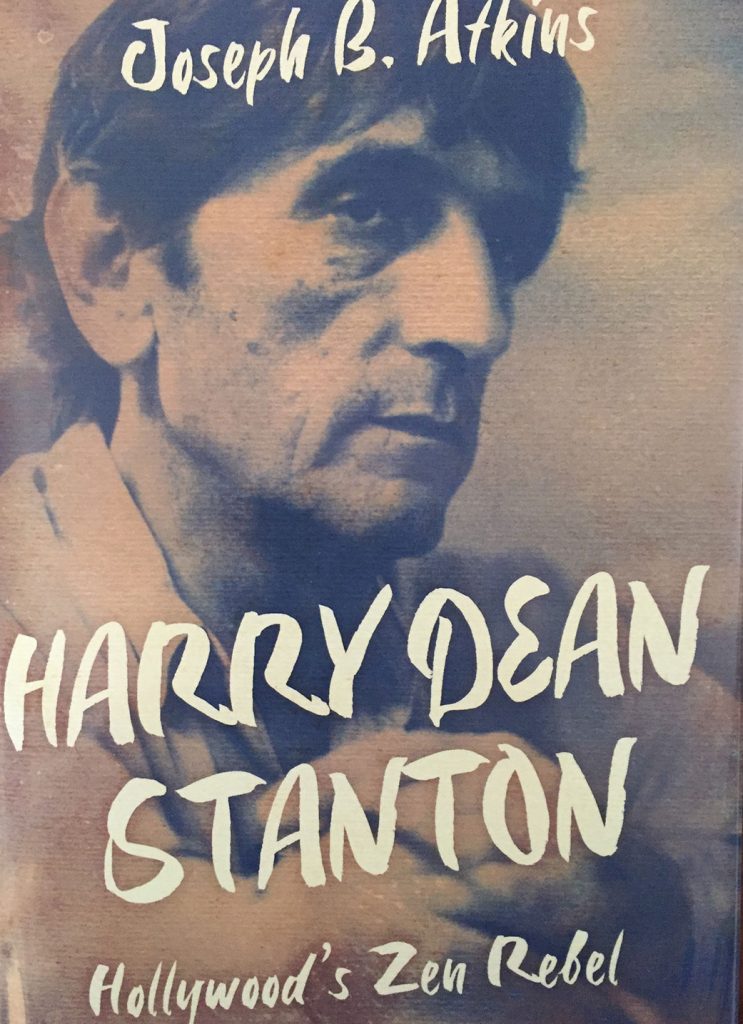 This is also the story of a Southern expatriate who left the hard-shell Baptist world of his rural Kentucky youth to become a kind of wandering philosopher and musician as well as actor in Laurel Canyon and Hollywood, rooming with Jack Nicholson, partying with rock ‘n rollers Michelle Phillips and David Crosby, hanging out with Bob Dylan and Kris Kristofferson, and playing poker with director John Huston.

Yet he never could shed his Southern roots, and his music is a testament. He also spent years in a rough-and-tumble relationship with his free-spirited mother, whose artistic skills he inherited, but whose freedom-loving temperament was stronger than her maternal instincts.

Q. Why were you interested in writing a book on on Stanton?

A. Long ago as a student in Munich, Germany, taking my first courses in journalism, I decided I wanted to have roots as a journalist, and that someday, my native South would be a great beat or focus, even though I had done everything I could to escape it. After working at newspapers in North Carolina and Mississippi, I carved out that beat as a congressional correspondent for Gannett News Service in Washington, D.C.

Over the years, I’ve kept my focus on the South and the Global South, and Harry Dean Stanton’s troubled relationship with his own Southern roots fascinated me about his story. Add to that my lifelong love of movies and film history, and the Harry Dean Stanton story was a perfect combination for me.

"This is a book about a unique and compelling actor who rarely made it to the top of the marquee, but who became a legend for his performances in the supporting cast. Once called 'the philosopher poet of character acting,' Harry Dean Stanton became a legend in Hollywood and among movie-goers for what director David Lynch called his 'organic' acting abilities as well as for being a kind of hip, Buddhist-like persona." 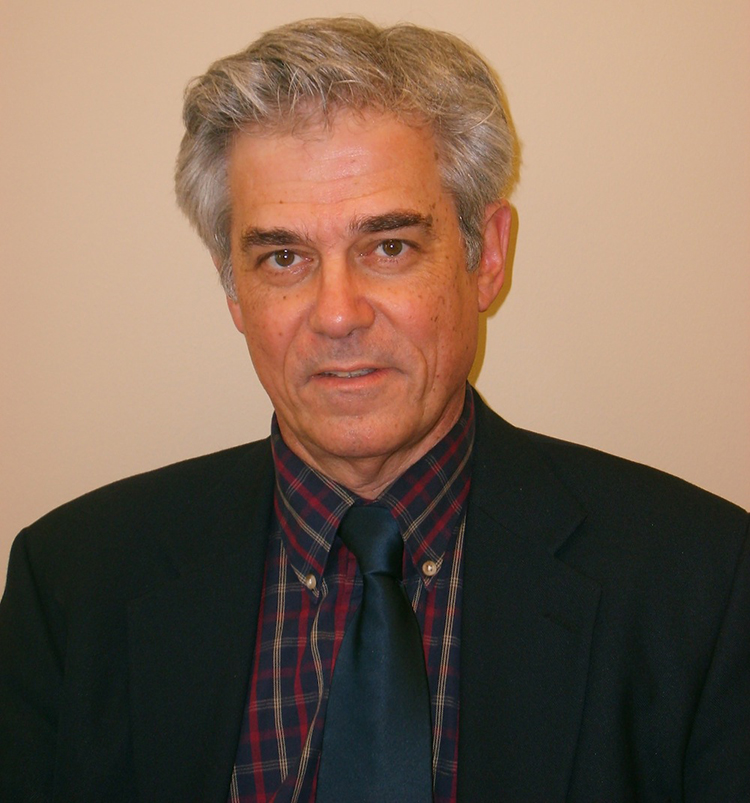 Q. Can you tell me a little about the book? When will it be available? Any upcoming book signings?

A. Harry Dean Stanton: Hollywood’s Zen Rebel is being published by the University Press of Kentucky, and it will actually be published in November (I think Nov. 1), but is already available for pre-order via Amazon, Goodreads or other sites. The cost is $34.95 for hardcover or $19.22 for a Kindle edition. The pandemic has messed marketing and book signings up greatly, but the publisher’s marketing department now is in the process of working out some things.

I just got interviewed by reporter Joel Sams for Kentucky Monthly Magazine, and Los Angeles writer Robert Crane (son of the Hogan’s Heroes star) is organizing a “conversation/launch party.” I’ve been invited to speak at the Kentucky Book Festival, the Harry Dean Stanton Film Festival, and for an appearance and/or lecture at the Filson Historical Society in Louisville, Kentucky, but with the ongoing pandemic, I’m not sure of dates or whether we’ll have to go with Zoom sessions or postponements.

My publisher told me we’ll have a second launch next summer with the hope that we can all once again interact with one another in a somewhat normal way. Hope to see the book in Square Books and other area bookstores soon.

Q. What do you hope people take away from the book about Stanton’s life?

Well, like any writer, you want your readers to have found that this was a darned good story and that it opened up a world for them that they had not experienced before, but which perhaps also resonated in some way with their own world. A writer can’t ask for much more than that. 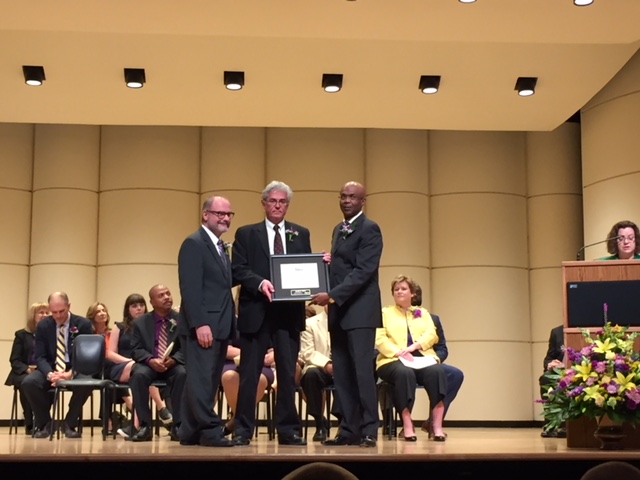