A University of Mississippi School of Journalism and New Media student who worked in student media just landed a job as a reporter with New York Daily News.

Blake Alsup wrote to tell us it has been hectic trying to move and settle into his new apartment. 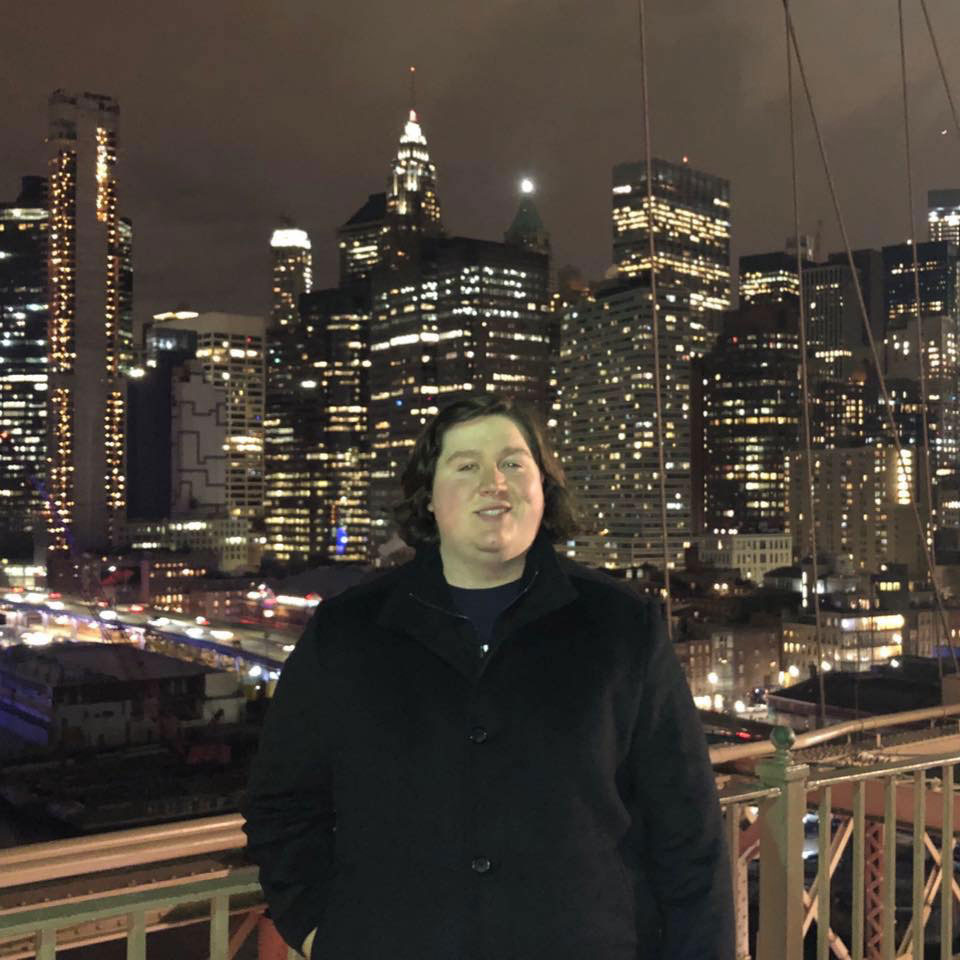 “I started my new job as a national breaking news reporter at the New York Daily News on Feb. 25,” he said. “For years, I’ve dreamed of living and working as a journalist in New York. Now I’m working with an online team that seeks out relevant and interesting news around the country for our readers.

“I’m thankful for experience I gained as a journalism student at Ole Miss in classes and while working at The Daily Mississippian as a reporter and later as an editor.”

Alsup said he wouldn’t have landed the job if he hadn’t participated in The King’s College New York City Semester of Journalism in the fall 2017. He took classes and interned at the Daily News during experience.

“That’s where I met and worked for my current editor,” he said. “He kept up with my work when I returned to Ole Miss and interned at The Detroit News and offered me a job after graduation, so that’s how I ended up here.”

Are you a recent School of Journalism and New Media graduate who has landed your dream job? If so, we want to hear from you. Email ldrucker@olemiss.edu to share your story.

To learn more about the King’s College program, click here. 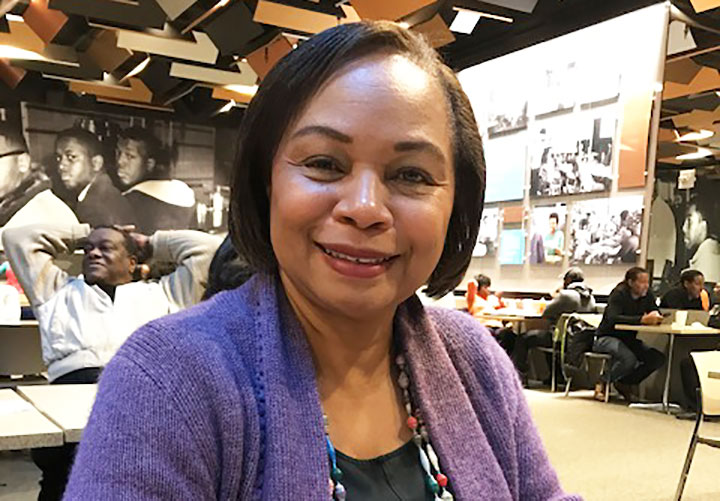 Holly Springs native Jesse Holland crafted his most recent novel, “Black Panther: Who is the Black Panther?,” using skills he honed during his undergraduate years at Ole Miss.

Holland started at Ole Miss in 1989, immediately going to work for The Oxford Eagle. There, he covered the town of Water Valley, high school sports, and just “whatever had to be done.” One of his most memorable moments was when a writer came in the office asking if anyone wanted to interview him. That writer was John Grisham. 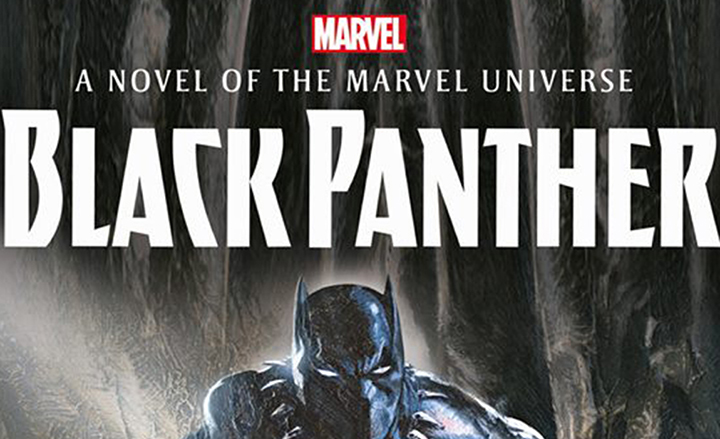 UM alumnus Jesse Holland Jr. has written a novel for Marvel to reintroduce its 1960s superhero ‘Black Panther,’ the main character in a new blockbuster film.

Later, Holland worked for The Daily Mississippian as a news editor before climbing to managing editor and all the way to editor-in-chief. He helped craft a comic strip along with two other students called “Hippie and the Black Guy” that made light of stereotypes for the paper, all while a full-time student double majoring in journalism and English. He also worked for Rebel Radio as a DJ for his rap show and talk show, and was a cameraman for the school’s TV newscast.

“All of the professors at Ole Miss insisted that we all learn different forms of journalism. I went from room to room in Farley Hall,” Holland said. “I tried to stick my finger in every form of journalism I could, and Ole Miss encouraged it.”

Meek School of Journalism and New Media Dean Will Norton found Holland when he was in high school in Mount Pleasant and encouraged him to come to Ole Miss.

“I would have never been at Ole Miss if it wasn’t for Dean Norton,” Holland said. “He has been to a great mentor to me all of these years.”

Norton described Holland as “exceptional” and credited his success to his work ethic.

“I wish I had his character. He is so honest and hardworking, and he never complains. If he talks about something being bad, he does so with a smile on his face,” Norton said. “When Jesse Holland tells you something, you can trust that it’s the truth. I look up to him, not just because he’s taller than me.”

Ever since his time at Ole Miss, Holland has been writing books and for The Associated Press and now lives in Washington, D.C.

Holland has been writing since 2005. His books mainly focusing on African-American history, and he was approached by an editor at Lucas Films in 2016 about writing the backstory for a character named Finn in the “Star Wars” trilogy.

“(Star Wars) was one of the first films I saw in a theater,” he said. “I jumped at the chance, and ‘The Force Awakens: Finn’s Story’ came out.”

After reading the story, an editor at Marvel contacted Holland about writing a story for the latest film about the Black Panther. A comic book fan, Holland readily agreed.

“Marvel wanted a novel retelling the origin of the Black Panther in time for the 2018 movie release so people wouldn’t have to read all of the comic books to figure out his history,” he said. “I’ve been reading them since I was 5 or 6 years old.”

Holland said he had an advantage because he wouldn’t need to be sent the comic books – he already owned them all.

“Back at Ole Miss, I used to drive from campus to Memphis to be there when the comic books came out on Wednesdays. It was a weekly pilgrimage for me and my friends,” he said. “When Marvel came to me, I said, ‘I have all of the comic books down in my basement.’ It was a great experience – it gave me an excuse to read comic books.”

“We knew he was destined for this. The things he’s done have prepared him for this, and he has always had a passion for comic books,” McCain said. “Even in college, he would read comic books. He’s just the right person for it. I’m so proud of him. He’s always been a perennial all-star. Anything he did, he did well and with passion. To me, he tells every story like it is, and that’s what you see in his books, including ‘Black Panther.’”

Holland drew inspiration for his novel about the Black Panther from his own life, something he’s learned to do with his fiction writing over the years.

“A lot of people in my life are represented from the book. You write what you see and you write what you know. I pull from every source that I can,” he said. “The speech patterns come from people I see on a daily basis.”

Marvel gave Holland free reign to work on the book, so he started it in Washington, D.C., where he lives at places he’s familiar with, like the Smithsonian’s National Museum of African American History and Culture.

“If you’re the king of Wakanda, where else would you go?” he said.

Marvin King, professor of political science and African-American history, met Holland as an alumnus and said he believes his background in history research has made his fiction writing stronger.

“He brings a lot of knowledge about the subject,” he said. “He’s done so much prior research about historical matters of race in America. He’s worked in a lot of different places, so he’s been exposed to a lot of different stories as a reporter, and I think that’s all coming together in his latest project.”

Holland said he incorporated as much of the real world as possible, but shied away from including much politics.

“I did do a little flavor of what the world would be like if these characters were real. How would the politics of a hidden country in Africa play with America?” he said. “But this is a superhero story – I had to make sure there were enough punches being thrown. I don’t delve too much into ‘meat grinder’ politics. I tried to look at it from the point of view from someone from Wakanda.”

The movie shattered box office records and is expected to earn $218 million domestically and $387 million worldwide for the four-day holiday weekend. Malco’s Oxford Commons Cinema Grill was overflowing with crowds to see “Black Panther” for the film’s opening. Holland went to go see it with his kids Thursday night.

On the film’s significance, Holland stressed the importance of having an African-American superhero protagonist.

“Growing up, I didn’t have those type of heroes on the big screen. There were very few African or African-American superheroes on television or movies when I grew up. Today, kids will have these characters – they will be able to say, ‘I want to be that,’” he said. “I got the chance to take my kids Thursday night, and they were transfixed because out of all the superhero stories they’ve seen, never have they been to a superhero movie where everybody looks like them. That’s so important for the kids, and I’m just happy that I got to play a small part in crafting this character for the new century.”

The Daily Mississippian sponsored a “Cookies, Coffee & Conversation” open house at the Student Media Center on Wednesday evening, Sept. 13. Chancellor Jeff Vitter and his wife, Sharon, were among the guests who stopped by and met with DM editors. 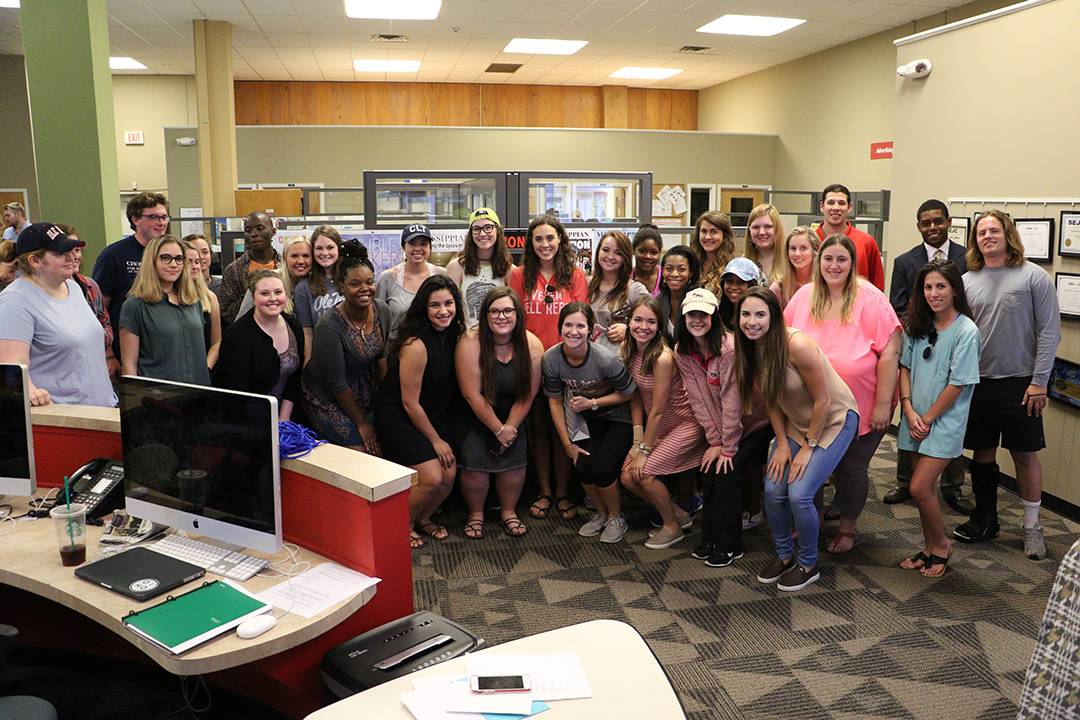 As graduation nears, many University of Mississippi’s Meek School of Journalism students who are enrolled in the journalism and marketing programs will be leaving us to pursue careers in their chosen fields. They will be missed.

To show our appreciation for their hard work and dedication this year, the Meek School held a Student Media Center end-of-the-year celebration Tuesday, May 2. The group photo is of graduating seniors, many of whom have worked in Student Media all four years. 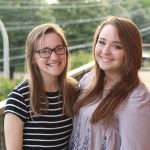 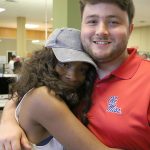 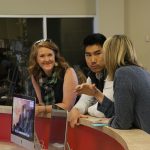 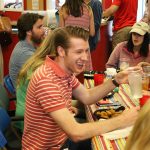 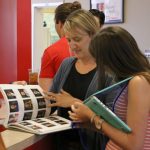 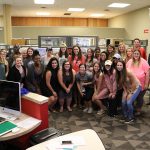