Kristen Swain, associate professor of journalism in the School of Journalism and New Media, recently received one of four university-wide Community Wellbeing Flagship Constellation seed grants to identify barriers and inroads to HIV prevention among African American adolescents in the Mississippi Delta.

Swain is partnering with Angela Green from the UM Department of Writing and Rhetoric and with Catherine Moring, executive director of the James C. Kennedy Wellness Center in Charleston, Mississippi. 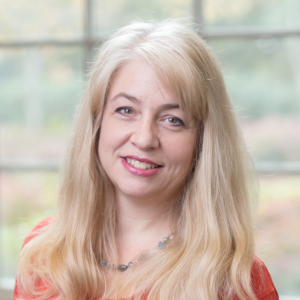 “I am excited about the opportunity to build on the doctoral dissertation I wrote two decades ago and to explore how AIDS perceptions have evolved over time in Southern black churches,” Swain said.

The findings will inform a future NIH proposal to develop a culturally sensitive HIV prevention campaign and behavior change interventions in the faith community.

“We are thrilled about the potential opportunity the proposed project will bring to our community,” Moring said in a support letter for Swain’s proposal. “This project, combined with existing community-wide efforts, will provide valuable resources that will significantly improve our community and help to address the many health concerns our community faces.”

In November, UM alums Thomas and Jim Duff of Hattiesburg made a $1 million gift to support the university’s new Flagship Constellations initiative. The donation provided nearly $20,000 for this year’s Community Wellbeing grant competition, which received proposals representing 18 different departments at UM and UMCC.