A University of Mississippi journalism graduate has started an online publication on the Mississippi Gulf Coast that showcases its people and culture.

Amanda B. Compton-Ortiz, who moved from Memphis to Mississippi with her family when she was 12, earned a Bachelor of Arts degree in journalism from the University of Mississippi in 2002. Today, she is founder/publisher of Seaside Social News, a positive, online news source she created as a tribute to the Mississippi Gulf Coast where she now resides.

She formerly served as editor of the Long Beach Breeze in Long Beach, where she lives with her husband and two German shepherds.

While her career in journalism has offered incredible opportunities over the years, from a fly-along with Air Force pilots to exclusive interviews with influential leaders in her home state and across the globe, Compton-Ortiz said she relishes most the connections she makes in the communities she serves. Creating Seaside Social News was her way of “paying it forward” coupled with her mission to promote positivity.

“Combining the crafts of photography and storytelling, we will bring the best of the Gulf Coast home to our readers,” she said. “We hope that you feel a sense of community when you venture through our stories of the vibrant coast life.” 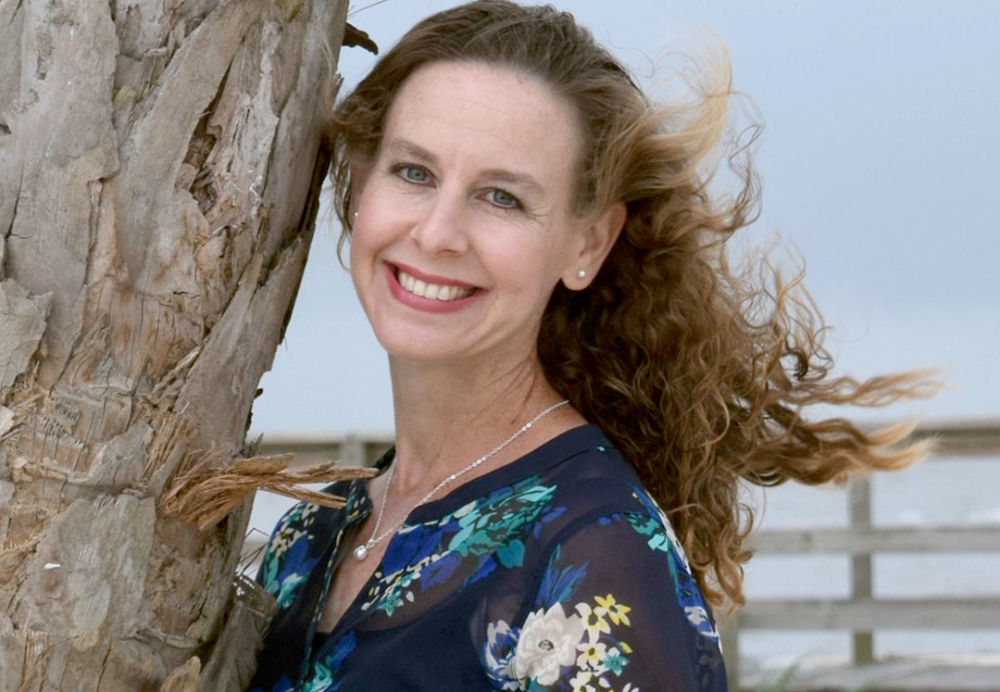 “Sometimes in the world of reporting and publishing, we get bogged down in the drudgery of the everyday news,” she said, “but Seaside Social News allows us the opportunity to explore the fun and colorful side of the area.

“In each online edition, we’ll profile interesting people and places in our communities. We’ll talk with musicians, entrepreneurs, city and county leaders, and others. We’ll spotlight local businesses and organizations. We’ll also take tons of photographs of folks attending area parties and special meetings and functions to help illustrate the best of who and what makes our beloved towns and cities special with pictures featuring our neighbors, friends, co-workers, and who knows, maybe even you.”

Compton-Ortiz was recently recognized as one of “100 Successful Women to Know 2020” by Gulf Coast Woman Magazine. She said she was also selected by the local American Cancer Society as a 2021 Shuck Cancer Gulf Coast Honoree. As one of 17 business professionals on the Mississippi Gulf Coast charged to raise funds to fight cancer, her work benefited a Mississippi Community Transportation Grant Program that awards grants to local health systems to aid in transporting patients to facilities for treatment.

She said her journalism career was shaped in the early 2000s by UM professors, such as the late Stuart Bullion and Samir A. Husni, a.k.a. “Mr. Magazine,” founder and director of the Magazine Innovation Center, among others.

“My newspaper career began as a student reporter and photographer at Ole Miss’ The Daily Mississippian,” she said. “I’ve had the opportunity to work with some incredibly talented people and a special crop of reputable publications throughout the state, many of which were major successes in print media and who have successfully transitioned into the age of the internet.”

Some include The Democrat in Senatobia, her first reporting job as a summer intern; and the DeSoto Times-Tribune in Nesbit, where she worked in the mid-2000s as a staff reporter and photographer under the newspaper’s former name, DeSoto County Tribune, with then publisher Layne Bruce, who is now the Mississippi Press Association’s executive director.

“Having had the opportunity to study inside the university’s historic Farley Hall that houses the School of Journalism and New Media and graduate into the newspaper business during a time when printed publications were booming and the practice of ethical journalism was on the forefront to now managing my own online publication in today’s fast-paced digital world has equipped me with a unique skillset,” Compton-Ortiz said. “I feel I have much more to bring to the table in my profession, as well as a more well-rounded approach as I strive to meet the needs of our readers and grow the publication into something I and my team of writers and photographers can be proud of.”

During her time as a UM journalism student,  Compton-Ortiz said she was nominated for Who’s Who Among Colleges and Universities in 2001. And in 2002, she said she placed second in the Association for Education in Journalism and Mass Communications Student Magazine Contest in the Individual Magazine Start-Up category among 224 universities competing across the United States and Canada for Reach, a personally designed 86-page women’s magazine.

She was a member of the university’s Society of Professional Journalists (Sigma Delta Chi). The same year, she said she was awarded a journalism scholarship from the late Terry Keeter, a UM graduate and longtime political reporter for The Commercial Appeal.

In October 2016, she relocated from Holly Springs to Long Beach.

“Though I had always known about the horrific storm and its devastation to the area, seeing remnants of it for myself, in person, planted a seed; one that has continued to root itself deep within my heart,” she said. “A seed I have discovered I share with many others here on the Mississippi Gulf Coast. One that keeps growing through connections with people who truly take pride in their communities by supporting small businesses, participating in service projects, school and city functions, churches and charitable causes, volunteering, keeping their parks, beaches and neighborhoods clean, and so much more.”

Compton-Ortiz said seeing this daily is the evidence she is where she should be.

“I feel honored to be a part of such a strong network of places and people who won’t quit when the seas get rough or when the going gets tough,” she said. “They will stand up, they will recover, they will rebuild, and they will flourish.

“It’s this strength in community that makes me excited for another day in the life in Coastal Mississippi and proud I have continued my work as a journalist. I’m proud to join the multitude of others who are living, working and sharing the possibilities of the future. Like-minded people who have the courage to face the storm, not once, but twice.

“I reference here to Hurricane Camille that made landfall in August 1969. And I have no doubt, they would do it all hundreds of times over if that’s what it takes. Thank you, Coastal Mississippi, for teaching me the meaning of true love for community. I look forward to giving it back.”