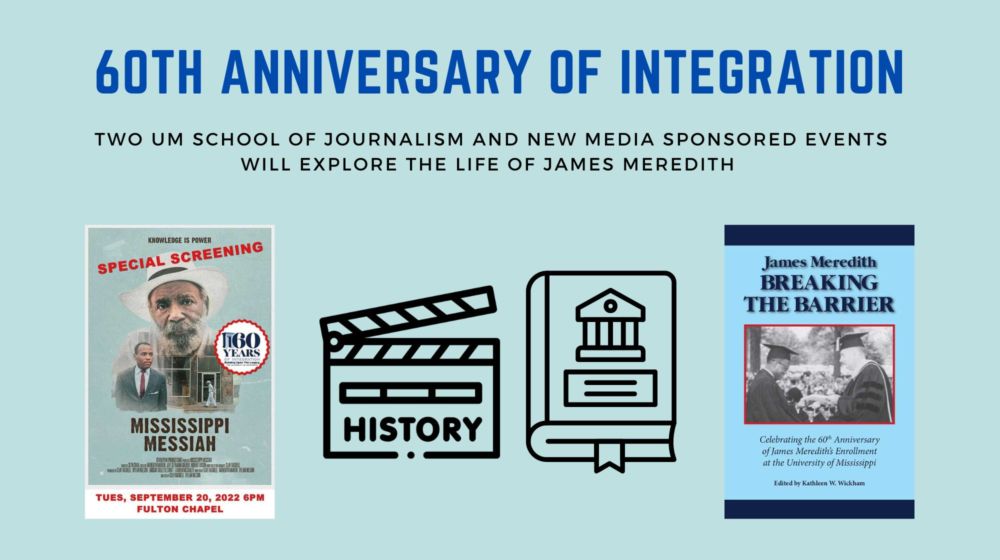 The University of Mississippi is celebrating the 60th anniversary of integration this month with a series of programs. Two sponsored by the UM School of Journalism and New Media are about James Meredith. 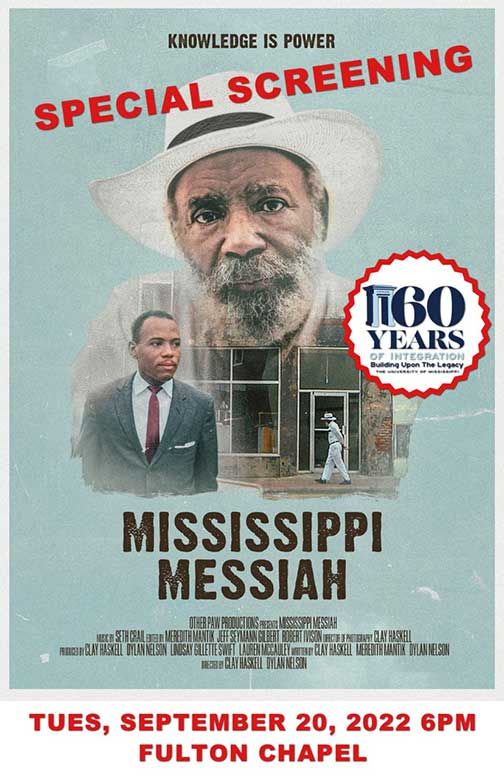 The documentary “Mississippi Messiah” will be shown at 6 p.m., Tuesday, Sept. 20, in Fulton Chapel. Admission is free.

The film was previously featured at the Oxford Film Festival. It offers a complete and nuanced look at the life and career of James Meredith.

The IMDb doc description reads, “Civil rights icon James Meredith never fit in – not as the first Black student at the University of Mississippi, not as a civil rights leader on the Meredith March, and certainly not while endorsing ex-Klansman David Duke. ‘Mississippi Messiah’ is a nuanced examination of Meredith’s complicated life as a public figure.”

The film has been shown at various film festivals, including the Arizona International Film Festival. This director’s statement was published on its website:

“Documentaries about the American civil rights movement often focus on simplified, inspiring narratives that present a unified picture and weed out awkward dissenters,” it reads. “That’s not what you’ll get watching ‘Mississippi Messiah’

“‘James Meredith is an individualist,’ civil rights leader Myrlie Evers-Williams says in our film – but that’s only one aspect of his fascinating personality. 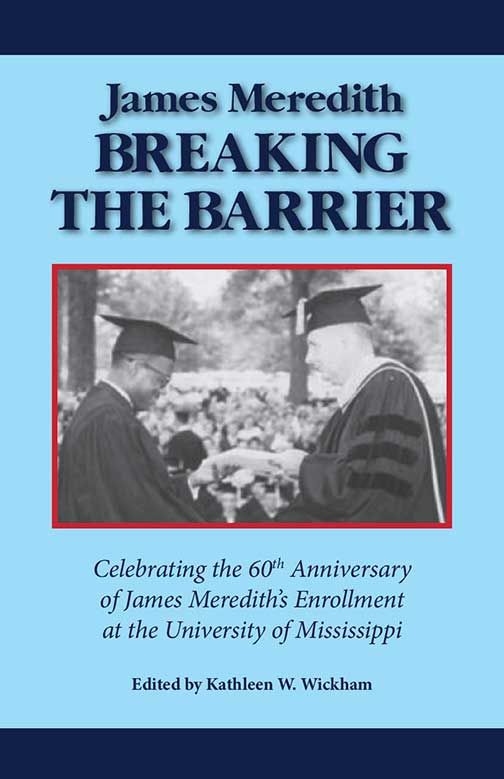 “Meredith is not a hero or a martyr. He is a human being who catalyzed tremendous social change and who is still fighting to improve his world. We believe James Meredith’s story rewards exploration, in part, because it provokes questions as much as it provides answers.”

Kathleen Wickham, Ed.D., a professor of journalism in the School of Journalism and New Media, said Meredith’s quest to integrate the university changed UM, the state and the nation.

“It was the end of massive resistance to integration and demonstrated that America is a nation based on the power of laws, not the stench of violence,” she said. “The documentary does not stop there, however. It provides a multi-faceted view of Meredith seeking his place in the world, with a vision often incompatible with the norm.”

“From that angle, viewers can begin to understand Meredith’s life-long quest and what it means to society,” she said. “Meredith emerges from the documentary, not as a one-dimensional figure who brought the state to its knees, but that of a man who lived a life viewing the state from afar seeking to make it a better place for all its citizens.”

The Overby Center will host a related program called Meredith & the Media: The Legacy of a Riot beginning at  5:30 p.m., Sept. 27, featuring Wickham, Curtis Wilkie and Sidna Brower, the Daily Mississippian editor in 1962. Journalist Jesse Holland will serve as moderator. Click this link to read the fall lineup of Overby programs.

Copies of the commemorative book “James Meredith: Breaking the Barrier” will be available for purchase after both events. The book, edited by Wickham, is also available for purchase at Barnes and Noble for $15. It includes chapters written by Meredith, Brower, Wilkie, Holland, Marquita Smith, William Doyle, Dorothy Gilliam, William Winter, Henry Gallagher and Wickham.

Wickham said the book is an illustrated collection of essays commemorating the 60th anniversary of James Meredith’s historic 1962 enrollment at the University of Mississippi.

“From their unique perspectives, 10 prominent journalists, historians and eyewitnesses tell the story of James Meredith’s turbulent but successful path to become the state’s first African American to graduate from the University of Mississippi,” she said. “The book is arranged in such a way that the reader can dip into a chapter of interest without having to read all chapters and still come away with a deeper knowledge of the events of 1962 and how the events played out for the author.”