- University of Mississippi
School of Journalism and New Media -

Send Us Your Story

It was a hard but interesting experience after graduated. I went to Los Angeles and got a part-time job in Global Times North America (first). Later, my friend introduced me to a full-time job in Chinese Daily as a reporter.

During that time, my boss sponsored me to apply H1B working visa, but still didn’t get it. So I had to back to China. Now, I am working in a Hong Kong game company called “APPTUTTi” as the position of marketing specialist in Shenzhen, Guangdong Province, China.

I planned to apply the master’s program in the U.S. But due to the Covid-19 situation, the application had to delay to next year. 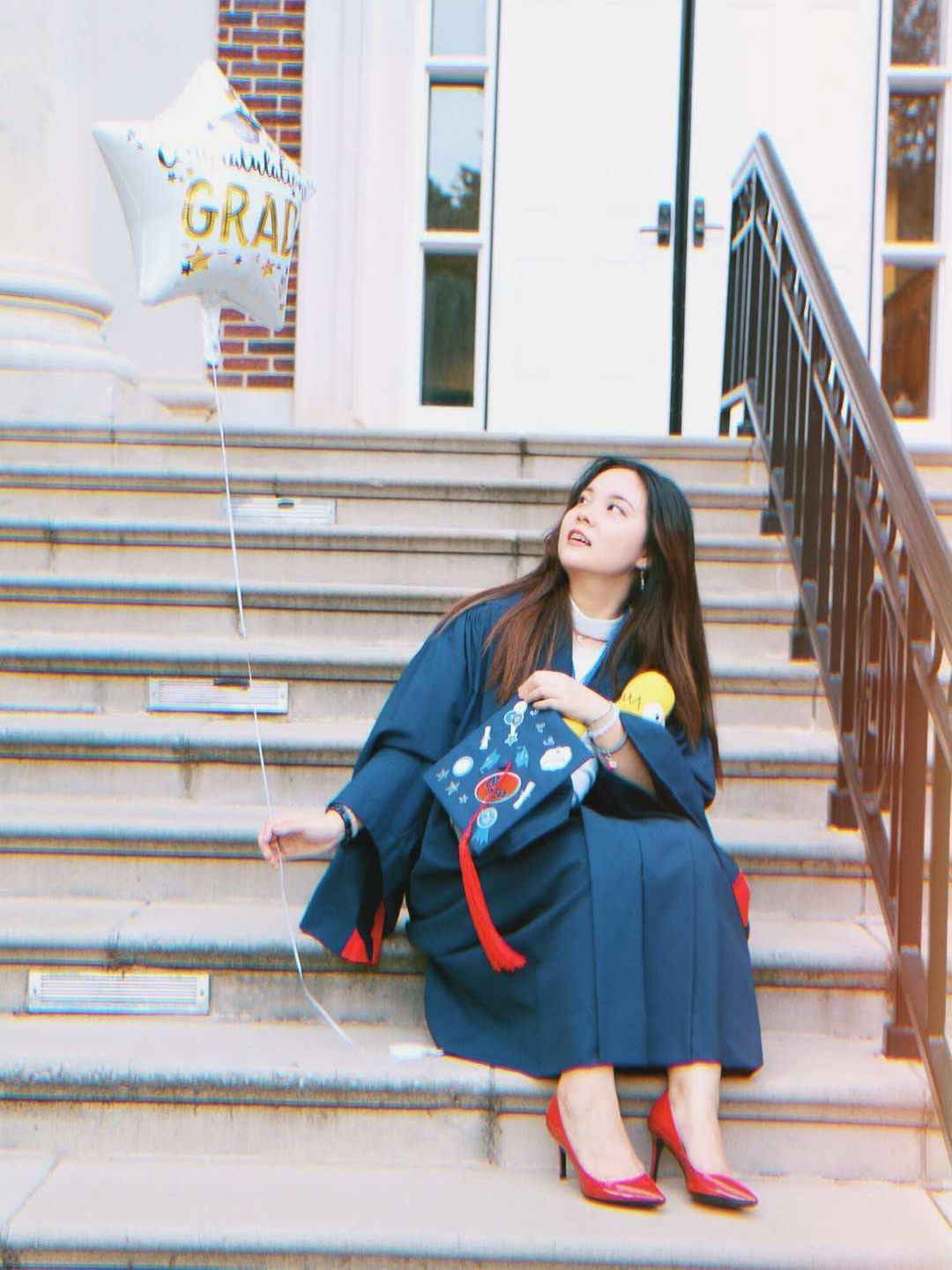 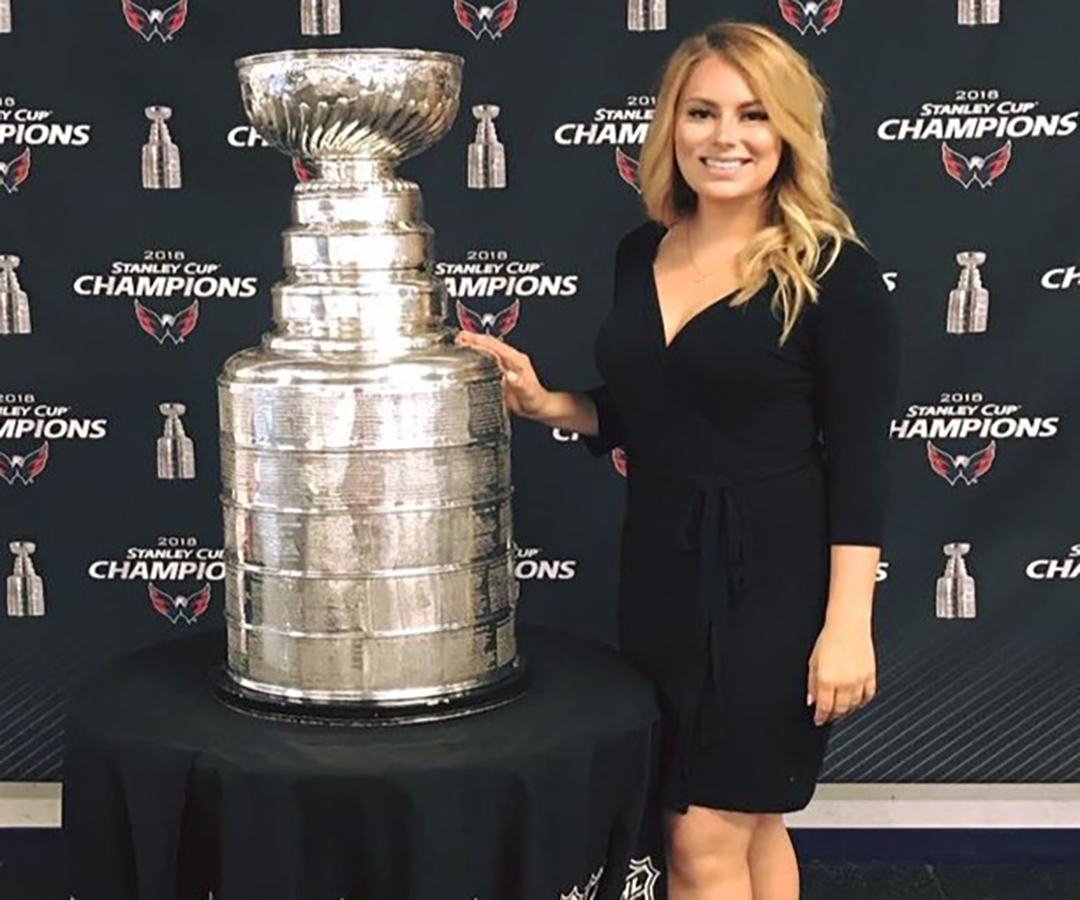 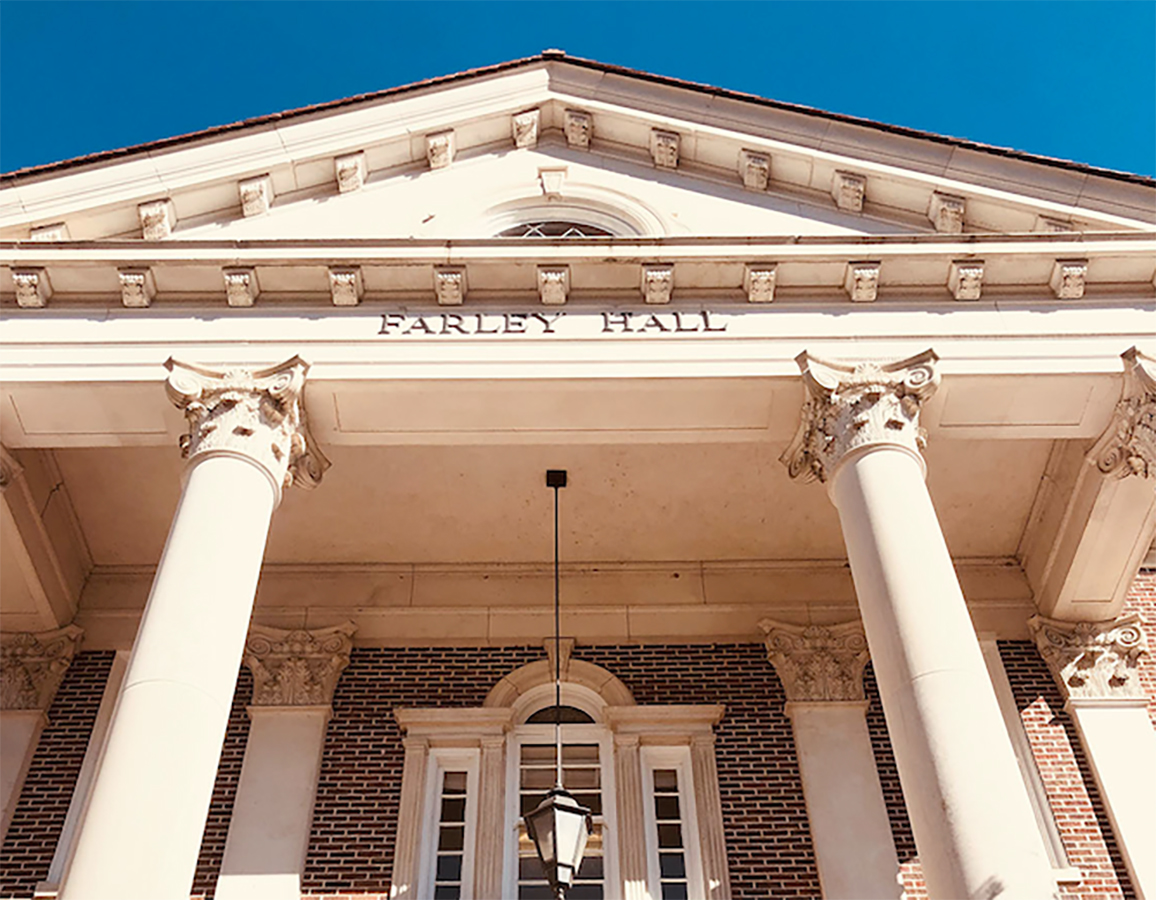 A graduate of the Class of 2016, Grace White is an account executive for GMR Marketing in Charlotte, North Carolina. She interned as a student with Ole Miss Athletics, the now-defunct Mississippi River Kings, and the online platform SportTalk, and in the four years since leaving the School of Journalism and New Media, her professional career has navigated its way through organizations with the NFL, NBA, NHL, and now the MLB.

A career within the sports industry was always the only option for White, but the opportunities themselves evolved exponentially since she took her first professional position as a ticket sales representative with the Washington Redskins.

Cold calls and prospect tours are a far cry from the creative programs one studies with Integrated Marketing and Communications, but it was those experiences that built a foundation of understanding the business and industry from the ground up.

Her most recent experience with Monumental Sports &Entertainment was what finally lit a path back  to brand management and experiential marketing. As sales marketing manager with the Suites department, White focused on streamlining the sales operations for the suites teams and ticket sales departments and helped facilitate new opportunities and promotions to boost revenue.

This position also helped execute on any needs MSE’s Global Partnerships team had tied into contracts, from suite use to client events and sponsor giveaways. White’s time with MSE also included historic playoff runs culminating in franchise firsts like the Capitals’ Stanley Cup Championship, and the Mystics’ WBNA Championship.

After achieving a personal dream of participating in the Caps’ first cup celebrations, it was time to find a new, more creative challenge. Extensive research and networking prompted Grace to look outward to agencies and organizations separate of her team and venue background. Finding a company that primarily focused around experiential marketing was a top priority, which narrowed the search greatly. She said GMR Marketing was, and is, a true leader in that space—their mantra being “creating memories that matter for over 40 years.”

White started her new role on March 16, the same day all GMR offices, and many other companies around the nation, went fully remote due to COVID-19. A completely remote onboarding and transition is unconventional to say the least, but it’s been a master class in working from home.

In this new role as an account executive, White is working to manage the sponsorship between Humana and its three MLB partners.

With Opening Day postponed for the first time in 25 years, managing expectations and project deadlines are just a few of the daily responsibilities she faces during social distancing and the quarantine. The professional sports world stands to look very different post-pandemic, but as many can attest in this industry, “there’s never a dull moment!” 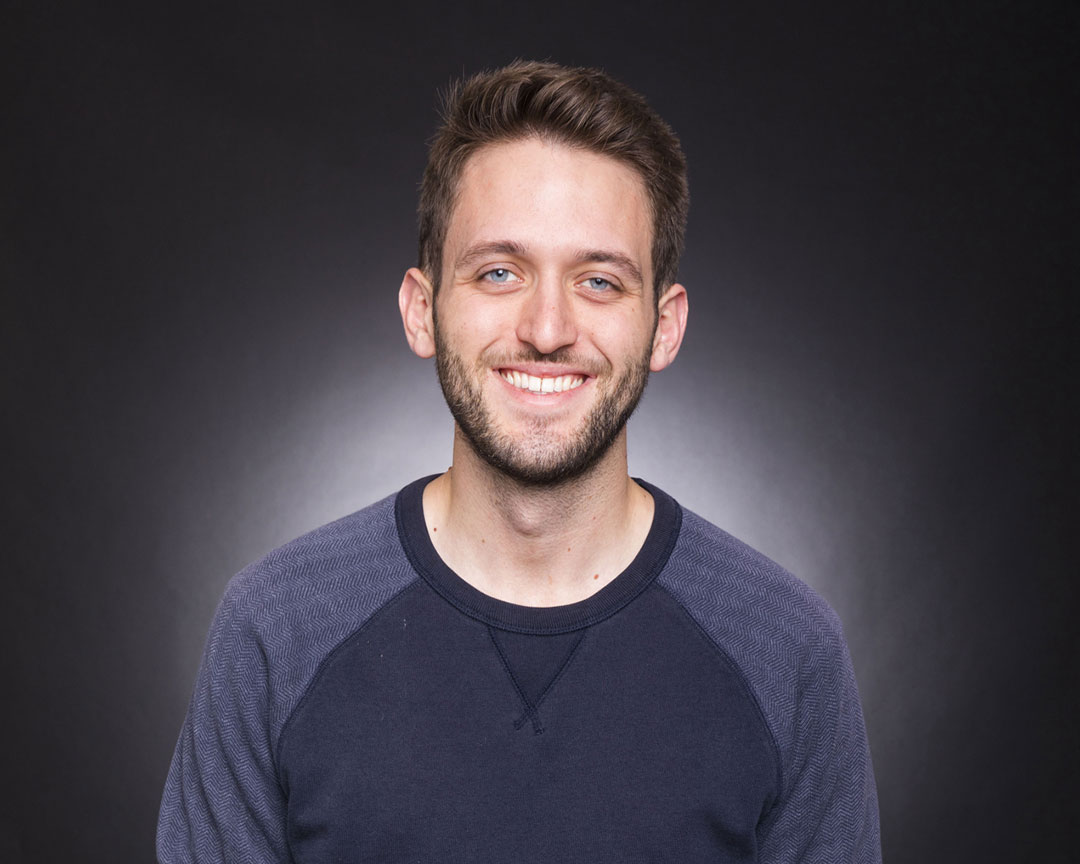 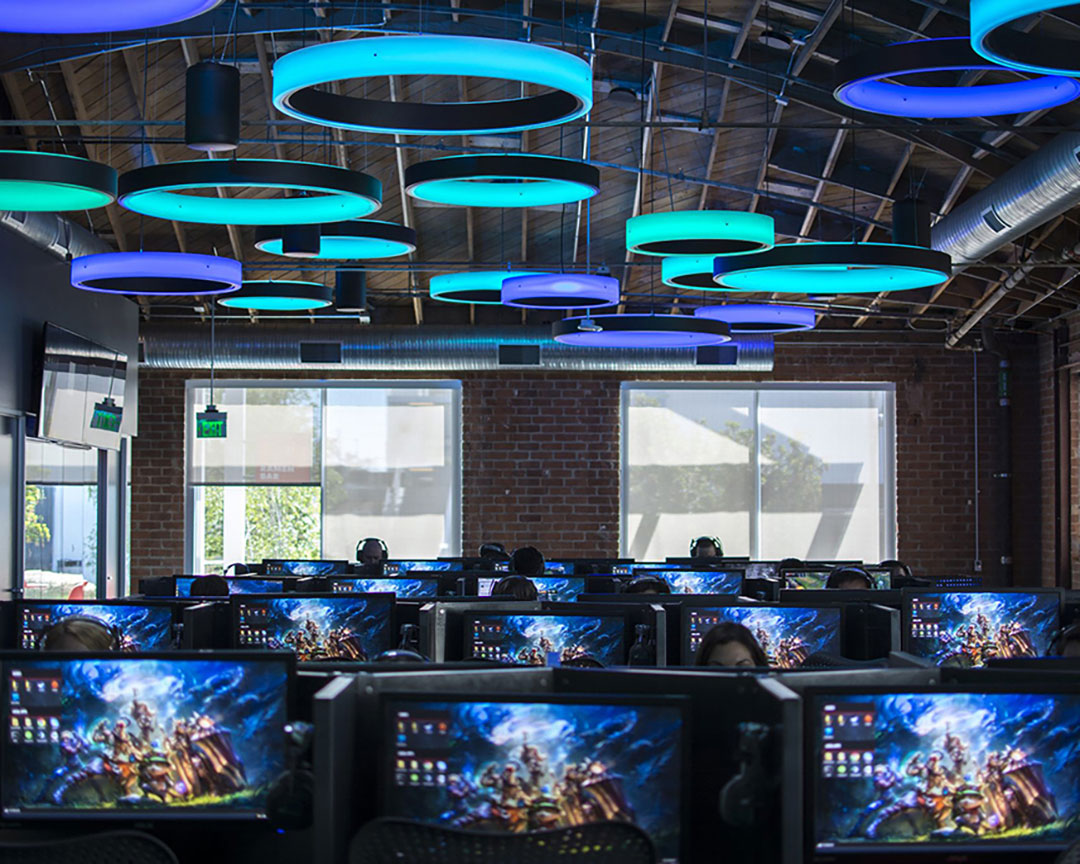 Ryan Rigney, global communications lead for the League of Legends franchise, spoke in January of 2020 at the University of Mississippi School of Journalism and New Media.

A native of Poplarville, Rigney, 28, said he enrolled at UM in 2010 with dreams of becoming a magazine journalist.

“While still in high school, I landed some gigs writing about video games for, first, websites and later, small-press magazines like GamePro (R.I.P.),” he said. “By the time I was in college, I’d worked my way up the ladder of the magazine world enough to write for magazines like PC Gamer, and later Wired and Edge.”

Rigney wrote about mobile games, which culminated in the publication of his book “Buttonless” (CRC Press), which examines iOS games. After graduating, he moved to Los Angeles to work for a gaming-adjacent startup.

About a year later, he landed his first job at Riot Games, the developer and publisher of League of Legends. By player count, it is the world’s most popular PC game and biggest esport, with an annual world’s championship that has drawn about 100 million unique viewers for a couple of years.

A key driver of the explosive growth of esports, Riot Games is headquartered in Los Angeles and has 23 offices worldwide.

“On paper, I’m a people manager,” he said. “I lead a team that includes our editorial lead and a quartet of senior/mid-level comms strategists who run all communications on three of Riot’s games. I operate at the ‘franchise’ level, which is just a fancy way of saying that they call me whenever we do something that covers more than one game.

“I’m a little unusual in that I also work as an individual contributor. I write a lot of Riot’s messaging directly. I act as a spokesperson for the company on social media – Reddit/Twitter especially – and I guide our overall approach to communications. Mostly, I sit in meetings and help developers figure out how to say stuff to players.”

Rigney predicts the games industry will get bigger and more ambitious. College students should consider pursuing jobs in the industry  because more entry points and viable careers are available than ever before, he said.

Rigney arrived on campus as a student with big ideas and a lot of energy, said Ellen Meacham, adjunct instructor in the UM School of Journalism and New Media.

“He was a hard worker, too,” she said. “In 2012, he won the university’s Gillespie Award for best business plan. I think he will also have a lot to say about what the esports and gaming world is like now, what’s in the future and how his work in communications will shape and be shaped by that.”

Rigney said writing is one of the most valuable skills he learned at Ole Miss.

“Even though my job doesn’t match the degree I earned from Ole Miss, I think the lessons I learned about writing are 100 percent applicable to my current job.”

Rigney also remembers the professors who encouraged him to pursue his passion.

“I don’t know what sort of encouragement the current crop of Ole Miss students need, but I’d love to listen to their questions and share what limited knowledge I have to help them along their own paths,” he said. “I think sometimes people from Mississippi don’t think they can do the sort of work that successful people in the film industry, or literature or gaming do.

“It all seems very distant, when you grew up in the woods, like I did. I would love to help people understand how achievable their goals are, if they’re strategic about their career.”

Rigney said he doesn’t believe in one-size-fits-all advice, but he’s learned a few things about the business world.

“You have to ask for something if you’re going to get it,” he said. “That applies to jobs, and career opportunities and chances to grow.”

For more information about the School of Journalism and New Media, visit https://jnm.olemiss.edu/.

Whether you want to major in journalism or integrated marketing communications (IMC), we want you to join us at the University of Mississippi. Take a tour of our student media center and check out an IMC class. It will take you less than 10 minutes! And then check out our website if you’re interested in knowing more.
Website

How's that resume looking? Reach out to us on LinkedIn and give us a career update or email

Tag us in your Tweets and share your accomplishments. We may reTweet you