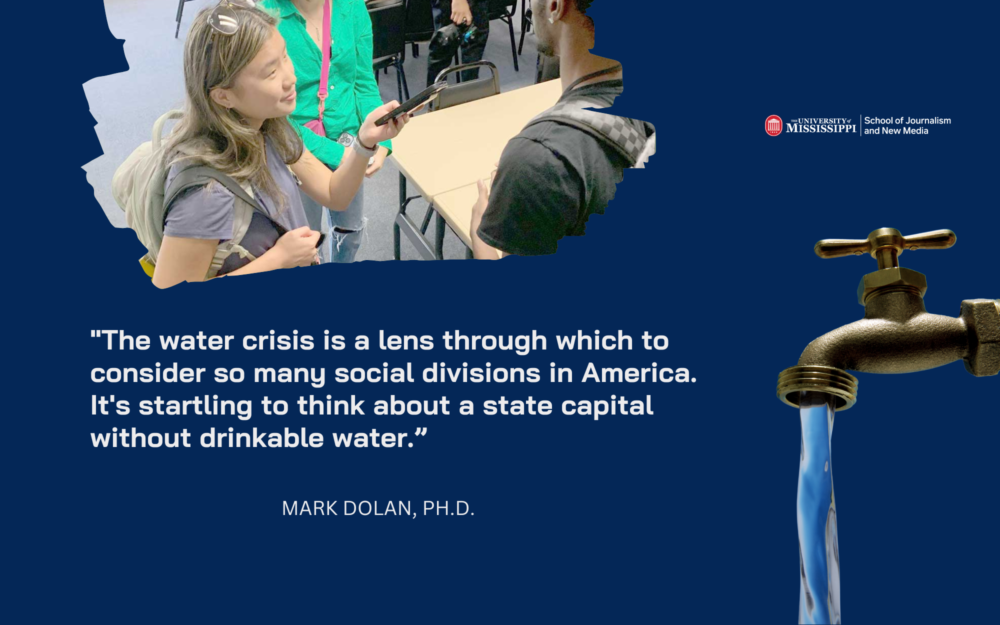 It’s hard to imagine not having clean water to complete everyday tasks like eating, bathing, brushing your teeth and flushing toilets. To live without it would be unthinkable for many today.

But Jackson citizens endured these circumstances during the city’s water crisis this year, a system failure that left many unable to fulfill basic human needs and forced businesses to close, drawing attention and intervention from national news crews and government leaders.

A team of University of Mississippi School of Journalism and New Media professors and students decided it was important to investigate the water crisis. They traveled to the state capital this semester to examine the issue in-depth and give voice to Jackson residents who were suddenly trying to navigate life without safe water after the historically problematic water system was further damaged by flooding from the Pearl River. 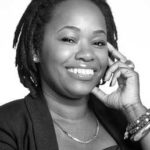 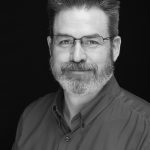 “I brought the idea to the class that we ‘throw the syllabus out the window’ and turn our attention to covering the water story, not as breaking news, but rather in-depth and comprehensive,” said Fagans. “It was a unanimous vote to cover this story.”

Dolan took a group of students from his entry-level media writing class.

“We went down to cover the crisis, in part, because it’s a huge, ongoing story about race and urban neglect,” he said. “The water crisis is a lens through which to consider so many social divisions in America. It’s startling to think about a state capital without drinkable water.” 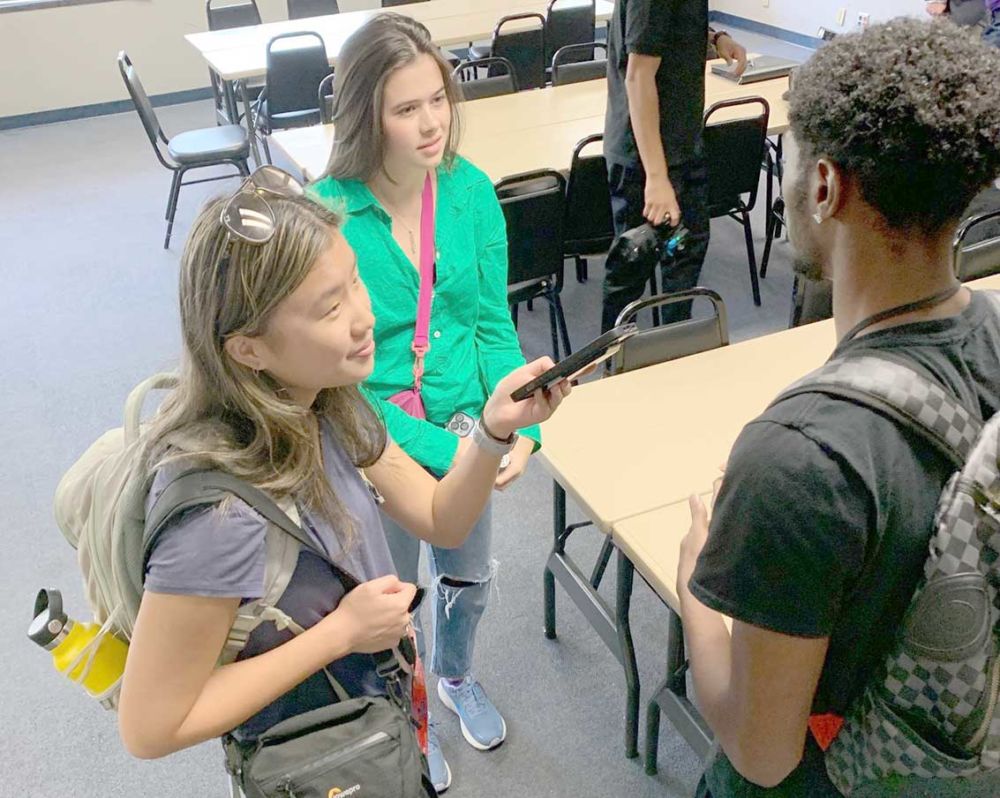 Dolan said UM students wanted to explore how other students at Millsaps College and at Jackson State University faced this challenge.

“Were those students inclined to stay in Mississippi after their college years?” Dolan asked. “How did the water crisis underscore racial divisions in a mostly-Black city with mostly-white suburbs?

“I hope the students learned the value of reporting in the field, outside of the classroom, the experience of working as real reporters, and of creating content on a deadline,” he said.

Erin Foley, 19, is a sophomore studying journalism and integrated marketing communications (IMC), who traveled to Jackson to report on the water crisis. A native of the greater Boston area, she plans to work for a newspaper as a writer or designer.

“I wanted to cover this story because it was unlike anything I’ve seen before,” she said, “so I wanted to make sure it got the proper attention in the world of journalism.

“My most memorable moment was my interview. I loved learning more about her and understanding her unique perspective on the situation. I gained more confidence in my ability to report in a new environment.”

Bella Scutti, 20, a junior IMC major, also reported on the water crisis. The Pea Ridge, Arkansas native hopes to use her public relations specialization to work at a PR agency someday.

“When Dr. Dolan presented the opportunity to travel to Jackson and write these stories, I was immediately intrigued,” she said. “As someone not from this area, I did not understand the severity of the water crisis, but also how common it can be around here.”

Scutti said she enjoyed hearing about the various students’ personal and academic lives.

“We were able to learn a lot about the students at Millsaps, while simultaneously learning about the water crisis,” she said. “It was encouraging to hear how the school community came together and supported each other throughout the crisis and school closures. Professors were opening up their homes and provided meals to those in need.” 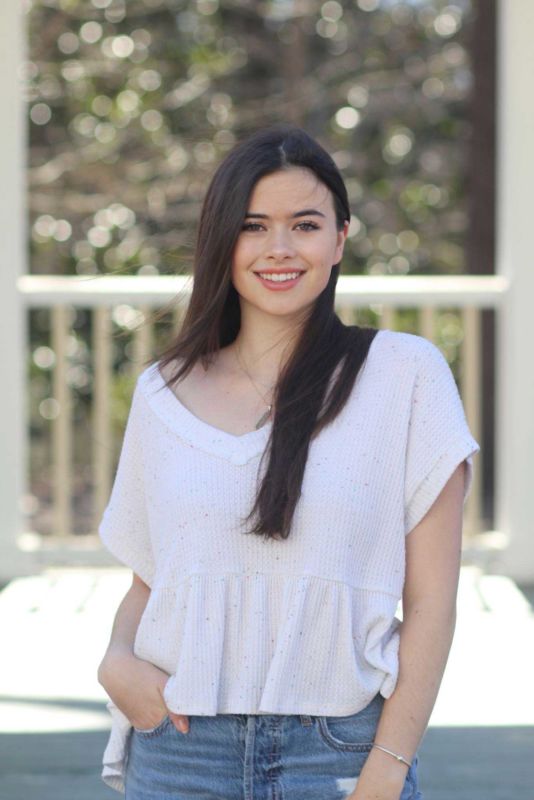 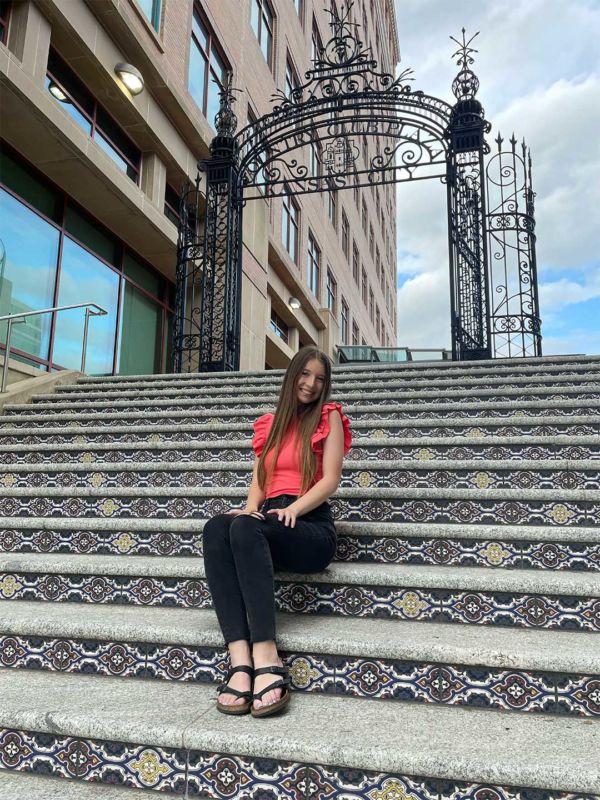 Fagans said the story is important because of the complexity, the intersection of issues that affect all of Mississippi, and it was an opportunity to report in-person.

“I am hoping that they (students) get a better sense of what it is like to report on an issue like this and get to know the community (if that is possible),” he said. “I am hoping that they begin learning how news events do not happen in a vacuum, rather they are a result of politics, the environment, government and how people interact (or don’t) in our state.

“I have also been fortunate to see how students respond and learn from in-person reporting and would like to make sure that we continue to provide opportunities like this in the future.”