A University of Mississippi School of Journalism and New Media assistant professor has earned an honorable mention in the Nafziger-White-Salwen dissertation award juried competition.

“Notably, the World Health Organization identified vaccine hesitancy as one of the top 10 threats to our societal health in early 2019, well before the spread of the novel Coronavirus,” Bradshaw said. “Thus, this work has implications beyond COVID-19 and is not limited to the current health crisis, but rather contributes to the formulation of effective social media messaging strategies to combat vaccine hesitancy holistically – including COVID-19.” 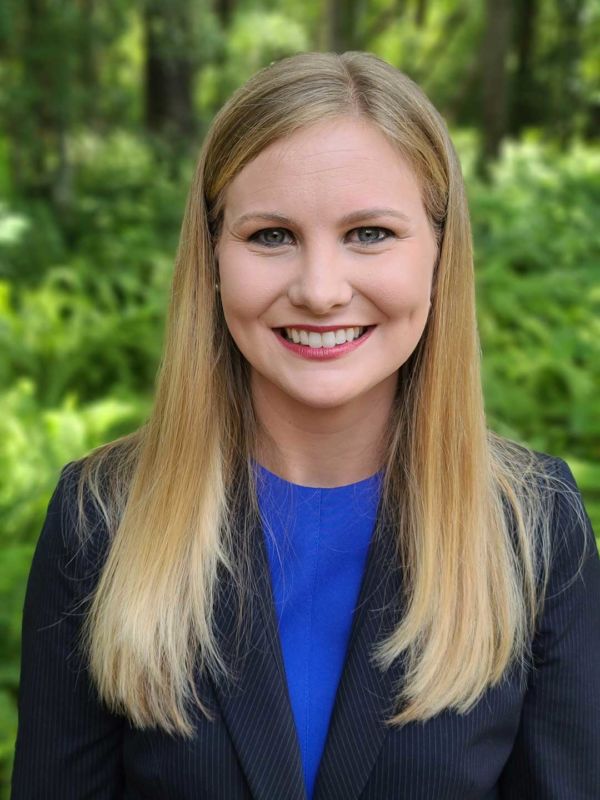 Bradshaw said she became interested in this topic while managing strategic communication for a medical group that specialized in pediatrics.

“Anecdotally, we were seeing more expectant and new mothers coming in who were unprepared to make childhood vaccine choices and were choosing to delay or decline one or more standard childhood vaccines,” she said. “The policy of the practice, at the time, was to dismiss these patients rather than engage in dialogue or shared decision making.”

When Bradshaw began working on her doctorate at the University of Florida, she sought to explore better ways to communicate about vaccines with expectant and new mothers — both in clinical settings and via social media platforms like Facebook and Twitter that mothers frequently access seeking health information.

She said her first study utilized the theoretical foundation of framing theory to explore the framing of vaccine-related advertisements in the Facebook Ad Library. She believes it is only the second study to use the Facebook Ad Library tool, invented in 2018, to examine vaccine-related advertisements, and the only study since Facebook implemented new policies to eliminate vaccine misinformation on its platform.

“I compared my findings with previous baseline findings to discern whether vaccine advertisements were framed differently on Facebook following a series of steps taken by the largest social media platform to actively lessen health misinformation in its sponsored posts,” she said.

Bradshaw said her second study utilized counterpublic sphere theory to explore the discourse related to #DoctorsSpeakUp, a hashtag invented by pro-vaccine doctors to collectively promote vaccines on Twitter, but which was instead hijacked by anti-vaccine advocates. She said analysis revealed that the majority of tweets subverted the original message and advocated against vaccines, instead.

Her third study explored what source credibility cues mothers rely on when evaluating the trustworthiness of vaccine messages on social media, and whether a mixture of positive and negative comments, as appear organically on Facebook, influence mothers’ willingness to share these messages.

“In its entirety, this work illuminates the strategies that pro-vaccine campaigns on social media should employ to resonate the most with their target audience and to achieve greater reach, awareness, and ultimately increase vaccine uptake, being mindful of potential backlash such as what was experienced in the #DoctorsSpeakUp hashtag hijacking,” she said.

Gregory P. Perreault, Ph.D., an associate professor of digital journalism in the Department of Communication at Appalachian State University, said the Nafziger-White-Salwen Dissertation Award is the gold standard for excellence in dissertations in the field of communication.

“Our entire research committee, which includes scholars with impressive qualifications in every aspect of mass communication, reads and evaluates all of the finalists for this award,” he said. “The competitiveness of this year is impressive, not only because of the sheer number of submissions–one of our highest–but because of the quality of the submissions, which were absolutely remarkable given the challenges that doctoral candidates faced in accomplishing their research in the midst of the pandemic.

“Dr. Bradshaw’s dissertation is emblematic of the analytical quality that we ask for in the award, but could never have expected under such difficult conditions. Her work is testament to the sort of scholarship that deserves recognition and attention within our field.”

The school’s associate dean, Dr. Deb Wenger, said the award helps confirm what the school knew about Bradshaw when they hired her.

“Dr. Bradshaw is already having an impact on the field of communication and in our classrooms. We are lucky to have someone with her skills as a scholar and as a teacher as part of the integrated marketing communications program,” Wenger said. “We look forward to celebrating many more of her accomplishments in the future.”

These were some of Bradshaw’s key takeaways from the study.

Vaccine hesitancy is not new, and vaccine decision making is complex and multi-faceted.

“Vaccine hesitancy has existed long before COVID-19 and was in fact, labeled a top-10 global threat in early 2019, prior to the pandemic,” Bradshaw said. “Thus, it is not a new phenomenon.”

Bradshaw said vaccine decision making is complex and multifaceted, and there is no one-size-fits-all PSA or communications campaign that will encourage everyone to vaccinate. Vaccine choices are nuanced and influenced by many factors, including the perception of safety and efficacy, antigen, individual factors related to a person’s health and history and social influence.

“But, pro-vaccine campaigns can be used to move the needle and encourage some fence-seekers who are still undecided about vaccines to vaccinate,” Bradshaw said.

They can also encourage pro-vaxxers to share vaccine-positive messages that may influence others in their peer network to make similar choices by helping to normalize vaccination, she said.

Effective pro-vaccine messages are two-sided, focused on individual benefits rather than community immunity, and are not shaming

Since COVID-19, Bradshaw said the topic of vaccination has become more politicized, and pro-vaxxers are more hesitant to engage in the topic, especially on social platforms, due to worries over controversy or the perception that deciding to vaccinate is a personal choice.

“Thus, effective pro-vaccine messages should seek to be two-sided and encourage a dialogue rather than being shaming or moralistic,” she said.

The participants in Bradshaw’s third study, who all identified as pro-vaccine, disliked messages that had a moralistic undertone or shaming message (e.g., everyone who is smart vaccinates without question), she said.

“In fact, they related more to the idea that good parents do ask questions — and seek credible sources to answer those questions,” she said.

Bradshaw said she learned that messages centered on personal health benefits tend to be more effective in promoting childhood vaccination than messages that encourage individuals to vaccinate for the sake of others in the community.

“These messages should be grounded in research and point users to credible links/sources to do additional research,” she said, “particularly for those who tend to process information more centrally and who want to access more than peripheral cues about vaccination.”

The need for stakeholder buy-in and credibility

Before undertaking a vaccine campaign on social media, Bradshaw said the effort should be carefully thought out and strategized, garnering buy-in from major stakeholder groups.

“In the case of the #DoctorsSpeakUp campaign, the voices of the medical community were quickly drowned out by anti-vaccine advocates, and only a small minority of tweets studied (<17%) originated from pro-vaccine doctors, despite the campaign’s original intent to bring the medical community together to promote vaccines,” she said.

Bradshaw said the campaign could have been more impactful if organizations such as the American Medical Association, American Academy of Pediatrics, Centers for Disease Control and Prevention, etc. endorsed it, actively participated in it, and encouraged their members to do the same.

“Interestingly, at the time of data collection in Study 1, most of the aforementioned organizations, state health departments, universities, and other major medical entities were silent and not publishing paid vaccine content on Facebook,” she said,” which was a bit surprising due to the timing and context of the research (March-May 2020).”

Bradshaw said Study 1 also revealed that 26% (n = 41) of advertisers representing an array of vaccine stances were individual political candidates or their political campaign representatives, which may have contributed to the continued politicization of vaccines, including the (then-hypothetical) COVID-19 vaccine.

“In short, despite the potential backlash, there is an important role for medical professionals and organizations to play in communicating about vaccines on social media,” she said.

This story was written by LaReeca Rucker