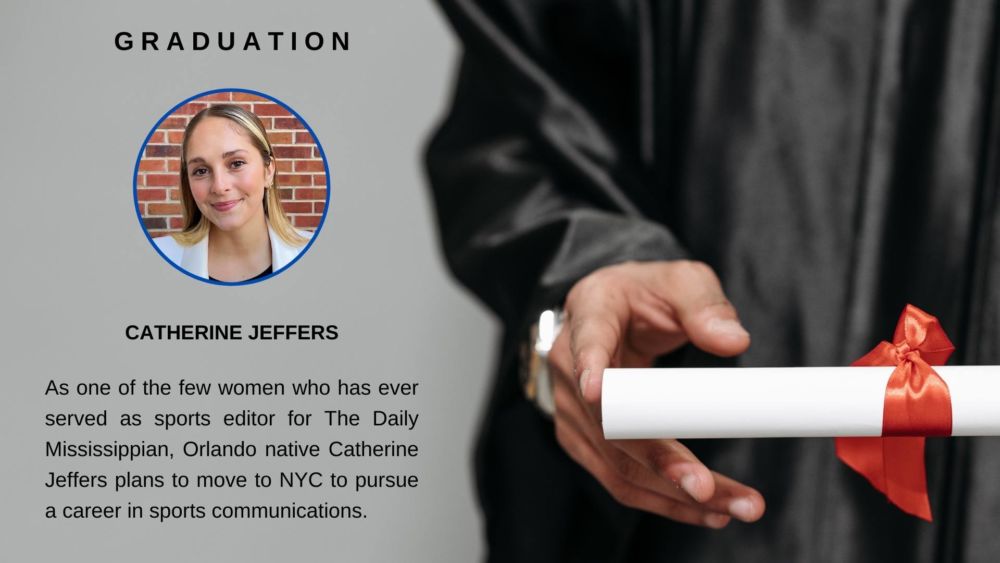 Orlando native Catherine Jeffers has had a stellar academic career and earned a Taylor Medal for her hard work. After serving as sports editor for The Daily Mississippian – one of the few women who has ever done so – she plans to move to New York City to pursue a career in sports communications.

She is just one of the school’s 2022 graduates who shared her Journey to Commencement.

Jeffers earned a dual degree in journalism and integrated marketing communications with minors in English and business. She was also a member of the Sally McDonnell Barksdale Honors College and Delta Gamma. 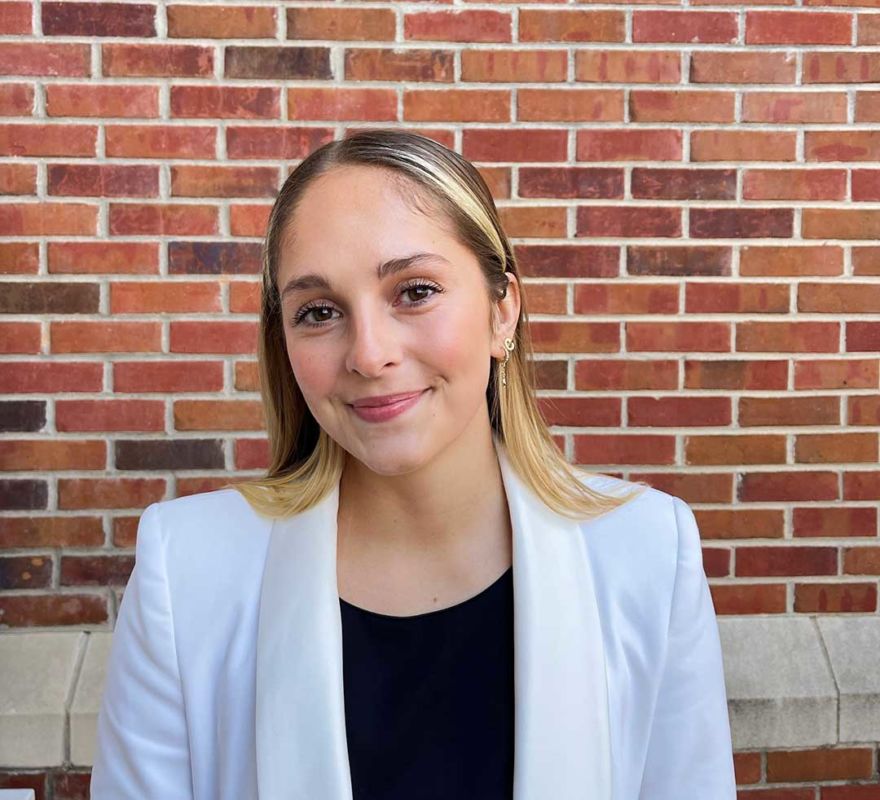 “A goal of mine is to work in professional sports on the comms side, or work for an agency that works with athletes. I’m still currently applying for jobs, but I hope to move to the city after I graduate in May and land an entry-level position in communications.”

“For her Honors College thesis, she analyzed 50 years of Title IX and its impact (and sometimes lack of impact) on women’s sports,” Hall said. “She was always very open to suggestions offered by Professor Cynthia Joyce, Professor Vanessa Gregory, and me. She is a confident young woman who has been an excellent student while in the IMC/journalism programs at Ole Miss. I expect great things from her.” 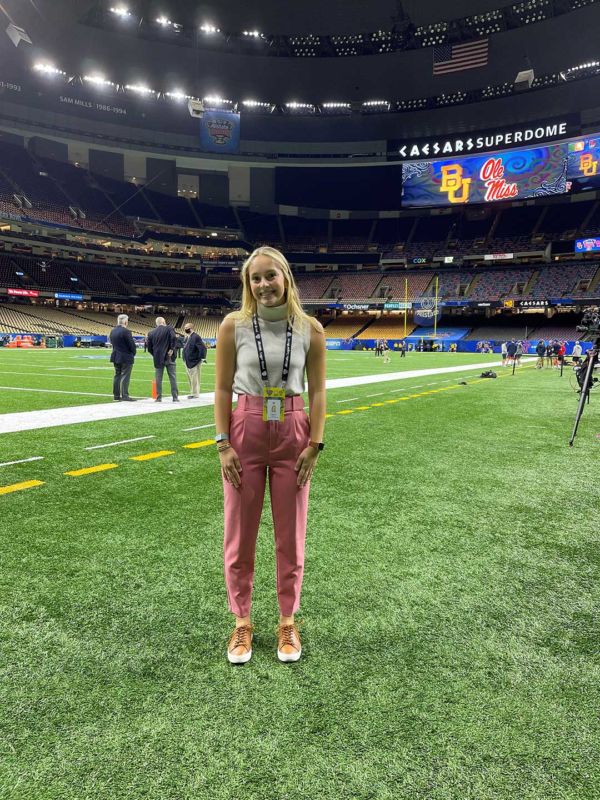 Dennis Moore, student media editorial director, said Jeffers had not worked on The Daily Mississippian staff before being named Sports Editor last year, but she led The DM’s team of sports editors and writers like a seasoned pro from day one.

“With her guidance, coverage of men’s and women’s sports was equally celebratory and critical when warranted, which gained readers’, players’ and coaches’ respect,” Moore said. “In the newsroom, she was invariably smart, efficient, positive and insightful — and never reticent about offering suggestions to improve content beyond sports coverage, as well, but doing so in a way that did not make her colleagues defensive.”

On his first day as editorial advisor in The DM newsroom, Moore said Jeffers asked for his help with a sensitive story.

“I learned quickly that collaborating with her would be a pleasure — not only on that story but also on every subsequent story,” he said.

Jeffers said she was “floored” when she received an email that she had been nominated for a Taylor Medal, the highest academic honor a student can receive at Ole Miss. It recognizes outstanding academic performance and is given to no more than one percent of the student body.

“I remembered going into the (Student Media Center) and telling a few of my coworkers and friends who let me know how important the honor was to even be nominated,” she said. “After I submitted my application after nomination, I remember how proud I was of myself to even be thought of as a potential medalist. When I received the email that I was selected as a Taylor Medalist, I was still shocked.”

Jeffers said she is proud of all that she has accomplished at UM.

“It is rewarding to be recognized for it all,” she said. “I’m very humbled to be honored alongside my peers, and I can’t wait to see all that they achieve after graduation.”