Journalism is a family legacy for University of Mississippi grad, now New Orleans reporter and anchor

There is no such thing as a typical day for Peyton LoCicero Trist, breaking news reporter and fill-in anchor at WGNO, an ABC affiliate in New Orleans. When her alarm goes off at 2:30 a.m. each morning, she never knows where the day is headed.

“I can be out talking about the Mardi Gras horses up for adoption and then have to run over and talk about a murder case that could be a possible serial killer,” said LoCicero Trist. Each day can require five to 10 live shots.

LoCicero Trist developed a love for journalism at an early age. Her mother worked as an anchor in Baton Rouge, her hometown, and some of her favorite childhood memories began with her mother waking her up in the early hours of the morning and taking her to the studio, where she saw the ins and outs of newsmaking. 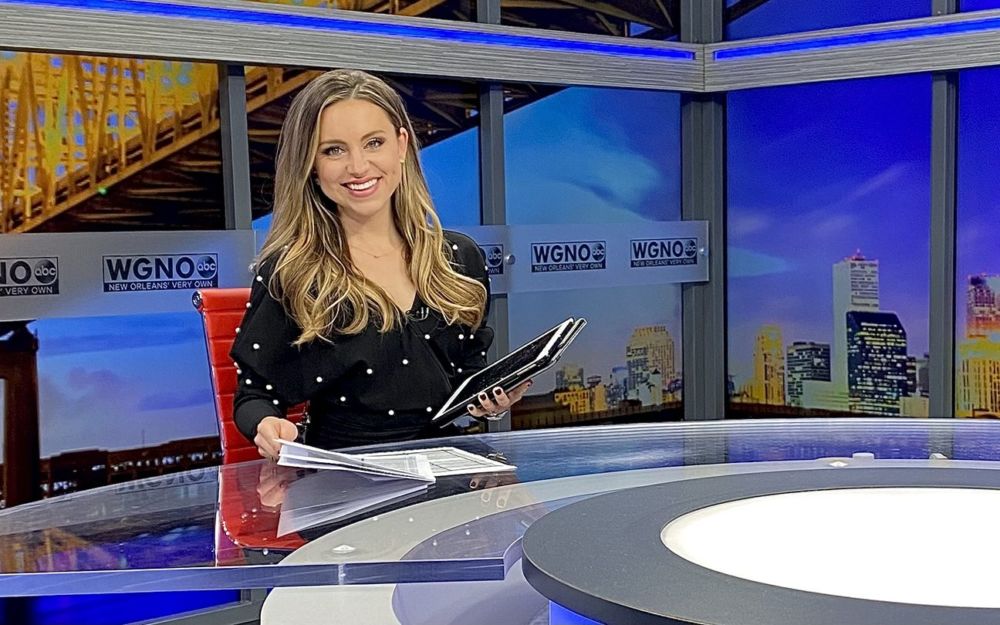 Peyton LoCicero Trist on the set of WGNO. Submitted photo.

Her days with her mother at the studio ended when her parents moved and started a business in Destin, Florida, right before she began middle school. While Hurricane Katrina made 2005 a bad year for most Louisianans and Southerners, it was a good year for LoCicero Trist.

“For me, it was such a blessing because I was struggling to make friends in Destin,” she said, “and all of the sudden, all these refugees came to my school, and they were feeling just as displaced as me.”

Carley Keyes, one of LoCicero Trist’s sorority sisters and friends, met her in college.

“She was so personal and bubbly,” said Keyes. “She always had a smile on her face and always seemed to find the good in everything.”

Today, she is known as “Positive P” by her coworkers. She has learned the hard way that someone within the station has to be willing to rally others. In challenging times, it is important to have a voice of reassurance.

Choosing the University of Mississippi was a no-brainer for LoCicero Trist. She attended Junior Preview Day and fell in love with the campus and Oxford culture. She served as an anchor for NewsWatch, the campus television station, and wrote for HottyToddy.com.

You can read LoCicero Trist’s full story at OxfordStories.net.

This story was written by Deja Errington for Oxford Stories.