Faculty, staff, students and alumni of the University of Mississippi School of Journalism and New Media are mourning the loss of colleague and friend, Dr. Nancy McKenzie Dupont.

Dupont joined the faculty in 2006 after spending 17 years as a broadcast journalist and 13 years as a journalism educator.

In recent years, she made history by becoming the first person ever to win the Association for Education in Journalism and Mass Communication – Broadcast and Mobile Journalism Division’s two most prestigious awards in the same year. 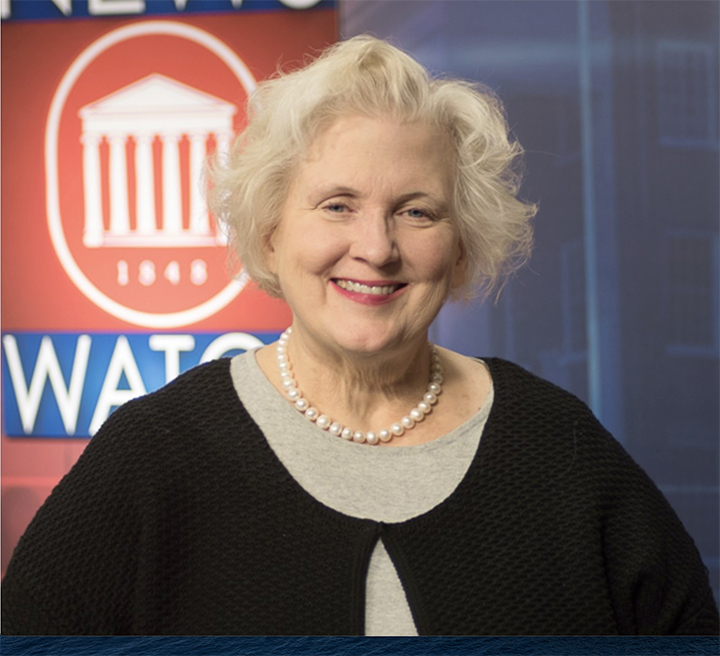 She was the 38th recipient of the Edward L. Bliss award and is only the 5th woman ever to win.

Dupont retired earlier this year from the School of Journalism and New Media.

In her academic career, she also served as chair of the Radio-Television Journalism division (now Broadcast and Mobile Journalism) of the Association for Education in Journalism and Mass Communication (AEJMC).

Dupont co-authored the book Journalism of the Fallen Confederacy in 2014. She authored 12 book chapters. She frequently presented her research at the Symposium of 19th Century Journalism, the Civil War, and Free Expression and at the Transnational Journalism History conference. She published extensively about 19th-century Mississippi and Louisiana newspapers.

Dupont earned a Ph.D. from the University of Southern Mississippi in 1997.

You can read this story about her written by Carter Diggs for University of Mississippi Communications.

Many tributes from her colleagues and students have appeared on social media. Those who have known Dupont may tag @umjourimc on social media, and we will share your thoughts about her with others.

You can also read other tributes to her on Facebook @nancy.dupont.

We will share details on arrangements when they become available.