A University of Mississippi journalism graduate was recently inducted into the Alumni Hall of Fame. Dan Goodgame, who graduated from UM in 1975, is editor in chief of Texas Monthly, an award-winning magazine that has covered the Lone Star State for 48 years.

The Ole Miss Alumni Association recognized seven distinguished University of Mississippi alumni, including Goodgame and a former professor and campus administrator, with its highest annual awards as part of Homecoming 2021. 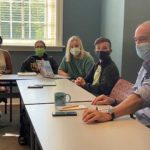 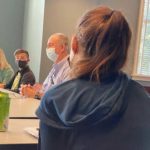 Since Goodgame took the helm of Texas Monthly in 2019, “the magazine has sharply increased its online audience and revenue; expanded its storytelling through podcasts, videos, books and live events; and optioned a dozen of its articles to Hollywood for development into movies and video series,” according to a UM news release.

Before joining Texas Monthly, Goodgame served as a vice president for Rackspace, a cloud computing company in San Antonio. 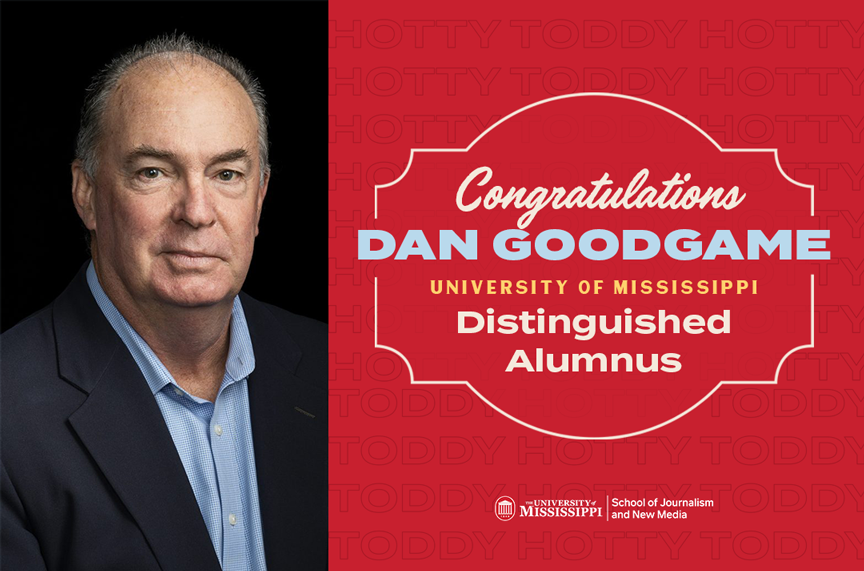 He earlier worked for Time magazine as White House correspondent, Washington bureau chief and assistant managing editor. He is co-author of the book “Marching in Place,” about President George H.W. Bush.

Goodgame worked for the Miami Herald as Middle East correspondent in the early 1980s, covering the Israel-Lebanon and Iran-Iraq wars. He started his career as a crime reporter at the Tampa Tribune.

“Goodgame is a native of Pascagoula, where his parents worked at Ingalls Shipbuilding,” UM reports. “After graduating from Ole Miss, he earned an M.Phil. in international relations as a Rhodes scholar at Oxford University. He played on the university golf team and rowed for his college.

“During the past 12 years, Goodgame has served on the boards of Texas Public Radio, the World Affairs Council, Medical Foundation and Sports Foundation. His wife, Marcia, a retired journalist and educator, works part-time for the San Antonio Book Festival. They have two sons, Clayton and Sam.”

Created in 1974, the Hall of Fame honors select alumni who have made an outstanding contribution to their country, state or the university through good deeds, services or contributions that have perpetuated the good name of Ole Miss.

Read more about Goodgame and the other Hall of Fame inductees at this link.