A veteran, award-winning journalist, who has worked as a White House correspondent for CBS and as a reporter in Mississippi and throughout the U. S., will soon join the University of Mississippi School of Journalism and New Media faculty as a visiting professor.

Randall Pinkston will teach a course in international reporting after his arrival in January.

“Prof. Pinkston will bring a level of expertise and experience to our school that only someone who has operated at the highest levels of the profession can contribute,” said Interim Dean Debora Wenger. “He has covered plane crashes and presidents, wars and severe weather — the skills he developed as a reporter and anchor — from Jackson, Mississippi to the CBS Evening News, Randall is just the guy that some of our most talented students need to learn from. We are delighted to have him in our classrooms.”

Pinkston was born in Yazoo County. He grew up in Jackson and attended public schools. He was also an active member of Mt. Helm Missionary Baptist Church in Jackson, and he participated in school organizations at Rowan Junior High and Lanier Senior High. 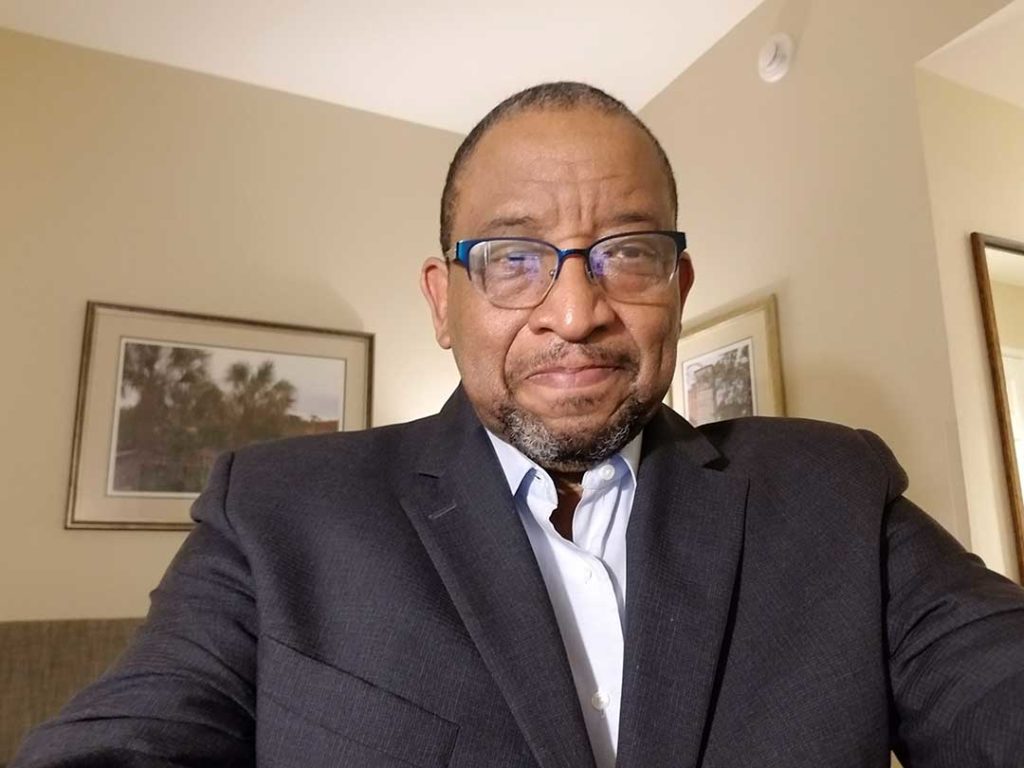 He attended Wesleyan University in Middletown, Connecticut and transferred to Millsaps after the death of his father.

“I majored in history, intending to go to law school,” he said. “My father’s minister, the Rev. Wendell P. Taylor of Central United Methodist Church, suggested that I apply for a news trainee position at WLBT-TV. I was not accepted as a trainee, but did receive a job offer as a part-time announcer on WLBT’s sister station, WJDX-FM.”

Pinkston’s work at the radio station, while attending Millsaps, eventually led to a part-time job in the news department, as a weekend and 10 p.m. anchor and reporter.

After graduating from Millsaps, he attended a summer training program for minority journalists at Columbia University Graduate School of Journalism. He later returned to Jackson and was promoted to 6 p.m. anchor at WLBT, becoming the first Black anchor of a major newscast at the #1 station in Mississippi

Today, Pinkston is a widely respected journalist who has worked in local and network news for more than four decades. He joined CBS as a White House correspondent and later was a general assignment reporter covering national and international stories. Along the way he also earned a J. D. from the University of Connecticut School of Law.

Pinkston has also taught classes at UM. Throughout his career as an educator, he has taught media performance, communications law and ethics, financial reporting and international reporting.

“As a journalist and a Mississippian, I consider it an honor and privilege to be invited to serve as a visiting professor at the state’s ‘premier university’,” he said. “Based on my professional background and my experience as an instructor, I think I can assist students in preparing for careers in journalism and related fields. My goal is to provide students with instruction and exercises that will give them tools they use on the job. Overall, I hope to enhance their educational experience.”

Pinkston will also serve as an advisor for NewsWatch Ole Miss, the student-run TV news program produced from the S. Gale Denley Student Media Center, and he has been named as a fellow in the Overby Center for Southern Journalism and Politics.