A University of Mississippi School of Journalism and New Media professor has been has been recognized as a Distinguished Alumna by Indiana University of Pennsylvania.

Alysia Steele, associate professor of journalism, was named as one of the university’s 2021 Distinguished Alumni Award recipients.

Steele, a Pulitzer-Prize winning journalist, is the author of “Delta Jewels: In Search of My Grandmother’s Wisdom.” The book is a collection of formal portraits and oral histories from church mothers, including civil rights activist Mrs. Myrlie Evers – widow of NAACP leader Medgar Evers. The women share poignant highlights about life during the Jim Crow era in Mississippi. 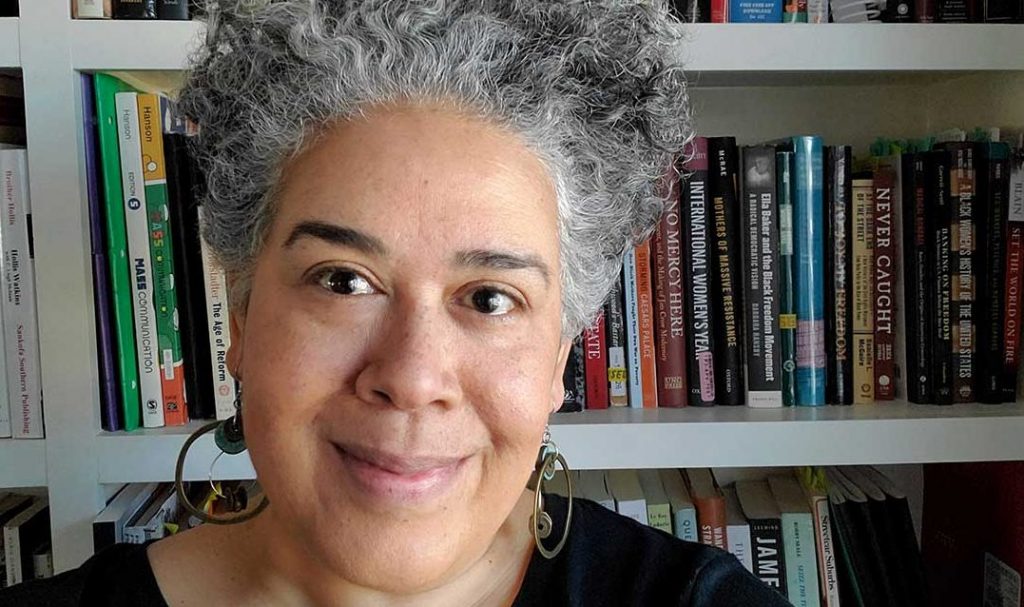 Her book was a finalist in the esteemed Jessie Redmon Fauset Award for nonfiction, and she was awarded the Ofield Dukes Educator of the Year Award from the National Black Public Relations Society in Washington, D.C. The Mississippi Humanities Council, which Congress funds through the National Endowment for the Humanities, named her the “2016 Preserver of Mississippi Culture” award.

Steele worked at several newspapers, including The Columbus Dispatch and The Atlanta Journal-Constitution, where she worked as a picture editor and deputy director of photo. In 2006, she was part of the Dallas Morning News photo team that won the Pulitzer Prize in Breaking News for their Hurricane Katrina coverage. She served as one of the picture editors.

Steele teaches writing, audio and video production, podcasting, photojournalism, and the senior capstone class. She has her master’s degree from Ohio University’s School of Visual Communication and her bachelor’s degree from Indiana University of Pennsylvania. She just finished the draft for her memoir and is working on her third book while also currently earning her Ph.D. in U.S. history since the Civil War, minoring in African American studies and gender studies. She expects to defend her dissertation in 2022.