Samir Husni, Ph.D., also known as Mr. Magazine ™, has been called the leading authority on magazines. He has been very busy the last few months participating in interviews and writing articles about the magazine industry.

As the founder and director of the Magazine Innovation Center at the University of Mississippi School of Journalism and New Media, the professor and Hederman Lecturer’s work and insights have appeared on websites like Poynter, Editor & Publisher, Forbes and in the New York Post.

Below is a collection of some of those recent articles. 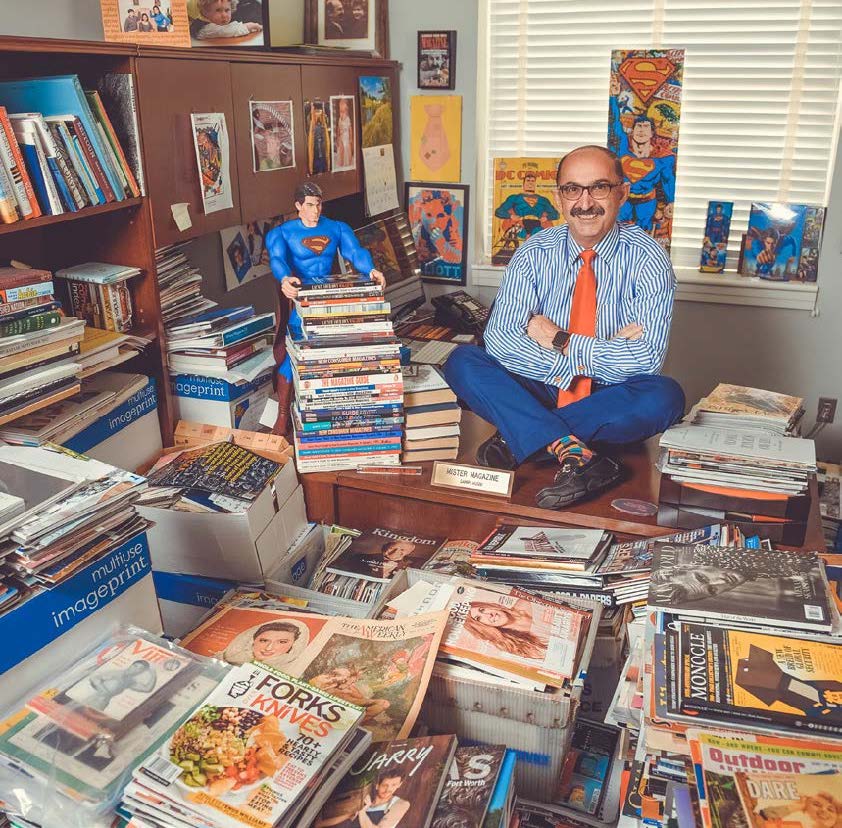 Today, a first-time visitor to a newsstand would see something long-sought: a mainstreaming of Black people into American life.

In the 90 days following the death of George Floyd, while in the custody of Minneapolis police, mainstream magazines celebrated Blackness on their covers about three times more than in the previous 90 years combined. Husni collaborated with other UM faculty – Mark K. Dolan, Ph.D., Marquita Smith, Ed.D. and Charlie Mitchell – on this article.

Against the Grain: Are Print Magazines Still Relevant?

Oprah Winfrey: recently announced a shift in her media kingdom with what publishing partner, Hearst, called a “rethinking the future of the magazine’s print editions and following a more digital-focused route following its December 2020 issue.” Hearst representatives went on to call this “a natural next step for the brand, which has grown to an online audience of 8 million, extending its voice and vision with video and social content. We will continue to invest in this platform as the brand grows and evolves into one that is more digitally centric.”

Husni is interviewed in this article.

Podcasts from the Printverse: Journalism, Justice and Publishing in a Pandemic with Mr. Magazine

In this podcast, Husni talks about the role of a journalist amidst a social revolution, and why the audience – not the platform – should remain the focal point of all media companies.

Journalism, Justice and Publishing in a Pandemic with Mr. Magazine

Editor & Publisher: Publishing During A Pandemic

Poynter: Is the increase in Black representation in magazines hypocrisy or a genuine change?

And why do some magazine editors and public relations directors not want to talk about the sea change that has taken place in the industry?

“Blackness exploded on the covers of magazines during the middle months of 2020. But is it hypocrisy? A performative act so that those magazines can profit from the pain of Black people, as one editor told me? Or is it a genuine change, as I heard from another?” Read Husni’s article below.

The number of new print magazines launched in the U.S. dropped by more than half in 2020 to 60, compared to 139 a year earlier. But in a surprise move, the pace of new launches accelerated in the second half of the year with food, home and fitness titles proving the most popular. Husni is interviewed in this story.

60 Magazines Launched During This Crazy Year

It’s long been axiomatic among people who care about the news business that print is on the way out. That digital opportunities are where resources and investment need to be steered, and that the anachronistic, fusty pages of alt-weeklies, newspapers, and magazines should not operate in competition with the digital side of their respective businesses. If anything, the era of President Trump has only accelerated the throbbing pulse of the news business that already kept us all — journos and readers alike — hopelessly tethered to the digital grid. Husni’s work was reviewed for this article.

An interview with Bloomberg Quicktake

Can magazines compete in a digital world, especially in the midst of the COVID-19 pandemic? Samir Husni, also known as Mr. Magazine, discusses how magazinesoffer a unique experience for the consumer.

You can read more posts about the magazine industry at Mr. Magazine’s blog.

People en Español: The Most Trusted Voice In Hispanic Culture Approaches Its 25th Anniversary As It Continues To Thrive Even During A Pandemic – The Mr. Magazine™ Interview With Monique Manso, Publisher & Armando Correa, Editor In Chief…