When Curtis Wilkie left Mississippi for the East Coast in 1969, he did it with a promise that he would never return. Half a century later, the University of Mississippi journalism professor is putting a period on his career in the same place where it began: Oxford.

The Summit native and Ole Miss alumnus (BA 63) reported on and wrote about a range of characters from racists and murderers to United States presidents and Middle Eastern revolutionaries. Yet through a career that led him from the Mississippi Delta to the White House, Wilkie never failed to seek out the humanity in each of his sources. 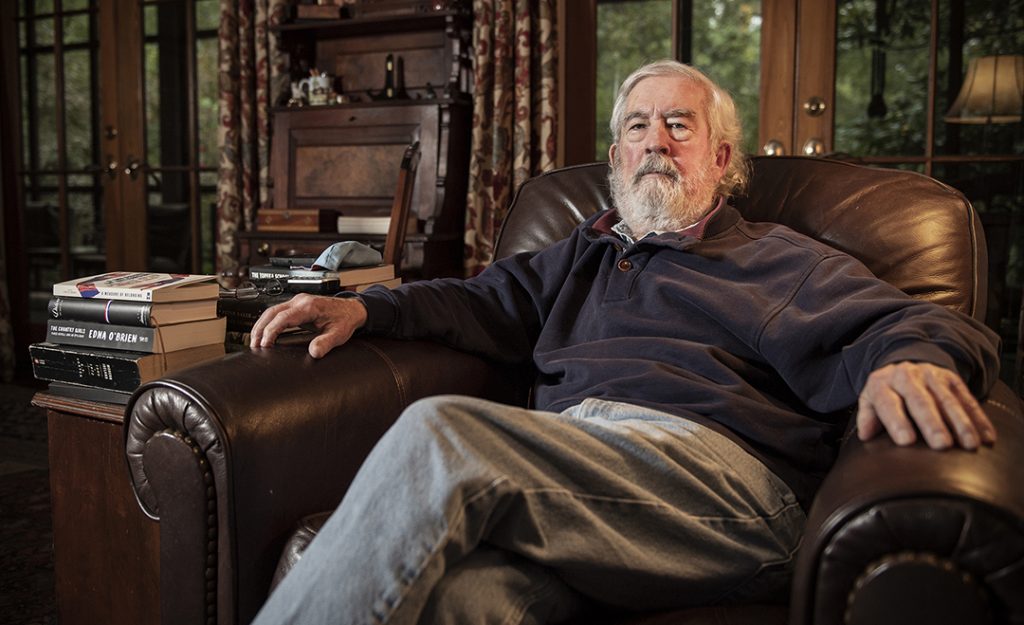 Curtis Wilkie relaxes at his home in Oxford. The acclaimed journalist, author and educator is retiring from the University of Mississippi after nearly two decades as a faculty member and mentor to many. Photo by Logan Kirkland/Ole Miss Digital Imaging Services

Wilkie chuckles with humble reservation when asked about his legacy ahead of his upcoming retirement. But one of his closest friends and former colleagues, UM Chancellor Emeritus Robert Khayat, said Wilkie has served as the conscience of the university, the state and, at times, the nation.

“I would say Curtis served as a reminder of the truest course that we could take, even though we may not agree with it – we may not support him in it – but he was steady,” Khayat said.

Decades after a bitter departure from the South that raised him – even though Wilkie rejected much of the Southern way of life – he returned for the friends, football and shared humanity he’d left behind. Back in Oxford, he taught and inspired generations of students, published what many consider to be a masterpiece of reporting and helped cement the Overby Center for Southern Journalism and Politics as a national leader in free speech and political discourse.

Click this link to read the full story by JB Clark.