The Reward of Public Service

A University of Mississippi School of Journalism and New Media student, who is spending his summer reporting for News 21 – an award-winning investigative reporting project from the Cronkite School of Journalism at Arizona State University – recently won two top awards in the college division of the Louisiana – Mississippi Associated Press Broadcasters and Media Editors competition. Matthew Hendley won first place in the TV Reporter category, and his television reporting work was named Best In Show.

The two-state competition, which received more than 1,200 entries, is sponsored by the Manship School of Mass Communication at Louisiana State University. The AP is a not-for-profit news cooperative representing thousands of U.S. media organizations.

“I believe it was for my 2019 reporting reel, in which I covered the pro-Confederate marches, the Associated Student Body resolution to move the Confederate statue, and several feature stories, including one on Ole Miss’ male cheerleaders and another on student-firefighters at Ole Miss,” said Hendley, who was happy to be recognized for stories he was interested in telling.

“The awards have been fantastic and very affirming,” he said. “But the last few years have taught me that the real reward in journalism is knowing that you’ve done a public service, that your work has made a positive impact and has instituted real change.

“That’s why I’m pursuing a career in this field. I hope to be able to say that is what my work has accomplished at the end of my career. The stories are what matter, not the awards.” 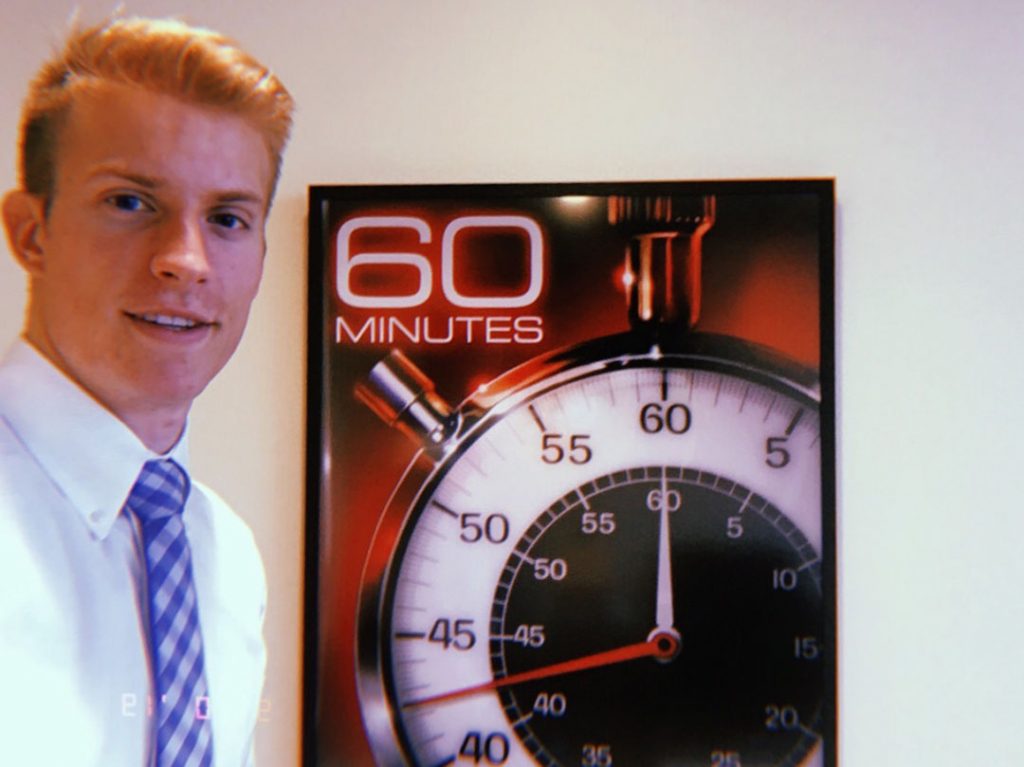 Hendley is now participating in the national investigative reporting project News 21. Each year, partner universities nominate top students to participate in the spring seminar and summer project that investigates a relevant topic. UM graduate Brittany Brown participated in News 21 in 2018 that explored the topic “Hate in America.”

“It has really been a blessing because last fall I got to witness and be a part of such thorough research and storytelling at ’60 Minutes.’ A few months later, I joined this project and started filling research binders and developing source contacts for News 21. I’m quite literally using every skill I learned both at ’60 Minutes’ and at Ole Miss. It’s been a very fulfilling project so far.”

“Most of our reporting is being done virtually from an Airbnb in Phoenix because of COVID-19,” he said. “But our editors are allowing us to use this opportunity to tell these stories in an unconventional way rather than letting the virus limit what we can do.”

Terry Cassreino, a 1985 graduate of the University of Mississippi with a bachelor’s degree in print journalism and radio and TV, worked more than 24 years in Mississippi newspapers before becoming the communications director and journalism teacher at St. Joseph Catholic School in Madison. He taught Hendley before he enrolled in UM.

“During the spring of his junior year at St. Joe, Matthew auditioned for an anchor spot on Bruin News Now for the fall,” Cassreino said. “Up to this point, Matthew had never delved into journalism. I could tell, though, from his audition that he had the potential to be a strong anchor for our weekly video school newscast, Bruin News Now.”

By midway through the first quarter of his senior year, Cassreino said he could tell Hendley had strong news instincts and could easily connect with the audience as anchor.

" Matthew had the ‘IT’ factor, the intangible quality that made him strong in front of the camera. He also did some news reporting and put together some strong features. But his strength was anchoring the newscasts. He became our regular weekly anchor with other co-anchors rotating every week.” 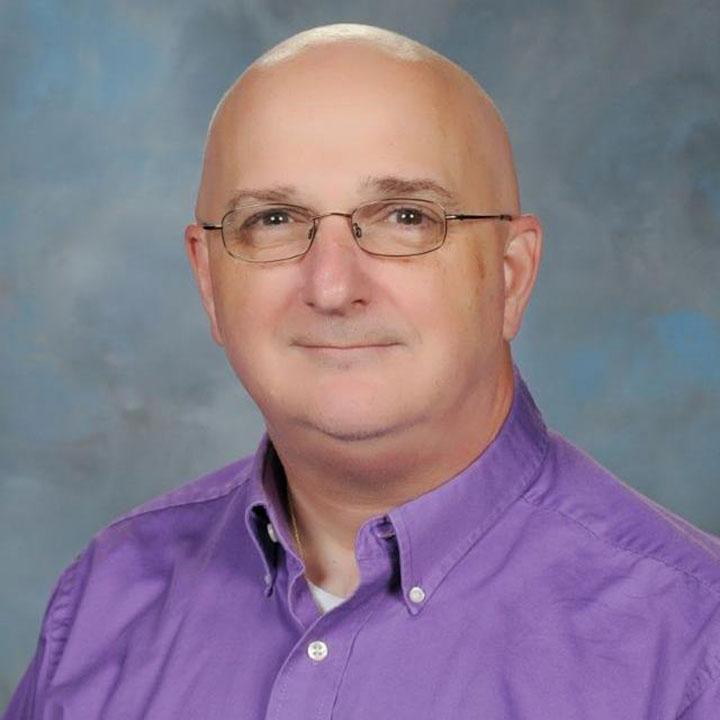 “Matthew had the ‘IT’ factor, the intangible quality that made him strong in front of the camera,” Cassreino said. “He also did some news reporting and put together some strong features. But his strength was anchoring the newscasts (he became our regular weekly anchor with other co-anchors rotating every week).”

This, like the Bruin News Now newscasts, was student-produced, student-hosted and student-driven. Again, Hendley demonstrated a strong voice for the radio and was a natural fit for the live sports programming.

“Matthew was a dedicated, hard-working student who took my class – and his responsibilities of being the chief news anchor – seriously,” Cassreino said. “His dedication and steadily growing interest was evident. He eventually went on to win Best News Anchor at the Mississippi Scholastic Press Association state convention in the spring of his senior year.”

Cassreino said he has kept in touch with Hendley as much as possible and has followed his UM career.

“I can’t tell you how proud I am of his accomplishments,” he said. “I told him that if he was interested in broadcast journalism that he would enter Ole Miss with a distinct advantage over other freshmen because he took my class.

“It came as no surprise when I learned he won an anchor spot at NewsWatch Ole Miss in his freshman year. And the AP award he received for radio work was for a live program he and another of my alumni, JoJo Katool, produced for Ole Miss radio about the NCAA (National Collegiate Athletic Association) sanctions against the football program. I listened to the show. It was great.”

With his “60 Minutes” internship and his work with News 21, Cassreino said Hendley is positioning himself to have an incredibly successful career as a broadcast journalist.

“He can do anything he wants,” he said. “Matthew can write his own ticket. I wouldn’t be surprised to see him anchor a major network nightly news cast – he is that talented and determined. He is hard-working, talented, determined and honest. He gets journalism. He understands the importance of solid journalism.”

“He is just one of those students who is always willing to work harder and grab more opportunities to grow as a journalist,” she said. “We look forward to the day when Matthew is an investigative reporter for a major national news outlet and comes back to campus to help the next crop of students on their way.”

Right now, the UM senior plans to return to campus this fall.

“I would be lying to you if I said I didn’t love having my face on TV and feeling that what I’m saying matters to people,” he said. “I think that comes from fighting for attention as the youngest child. Being on-air is very stimulating. Ideally, though, I’d like to take the anchor chair on a network newscast – after earning my stripes reporting in the field, of course.”

Hendley said he would be remiss if he didn’t speak up on what’s happening in our country and on our campus, subjects he’s currently learning more about in the News 21 project.

“To address underclassmen directly, we have a role to play in the battle for equality in law and society,” he said. “Students are enrolling in our j-school at a very critical point in our university’s history. You don’t want to graduate feeling as if you could have done more to fight for truth. Take advantage of the role we’ve been given as journalists – there’s no reason that we can’t make our campus a better place.”

To learn more about the News 21 project, visit the website here. The project will launch at the end of July. You can follow Hendley on Twitter @MattHendley.

There were a number of University of Mississippi students who won awards in the Louisiana-Mississippi Associated Press Broadcasters and Media Editors competition. For a list of all winners, visit this website.