A May 2020 graduate from the School of Journalism and New Media was named Outstanding PR Student in the state by the Public Relations Association of Mississippi recently.

Karsyn King, a broadcast journalism major with a public relations specialization, was chosen from among students nominated by universities throughout the state.

A panel of judges selects the winner based on academic excellence and honors, public relations activities and experience, campus and community involvement, and a recommendation from the student’s instructor. The Gregory Raimondo Outstanding PR Student award is named for a PRAM member who was tragically killed in an accident in 2018.

King, who is also a double major in Spanish, was nominated by Senior Lecturer Robin Street. 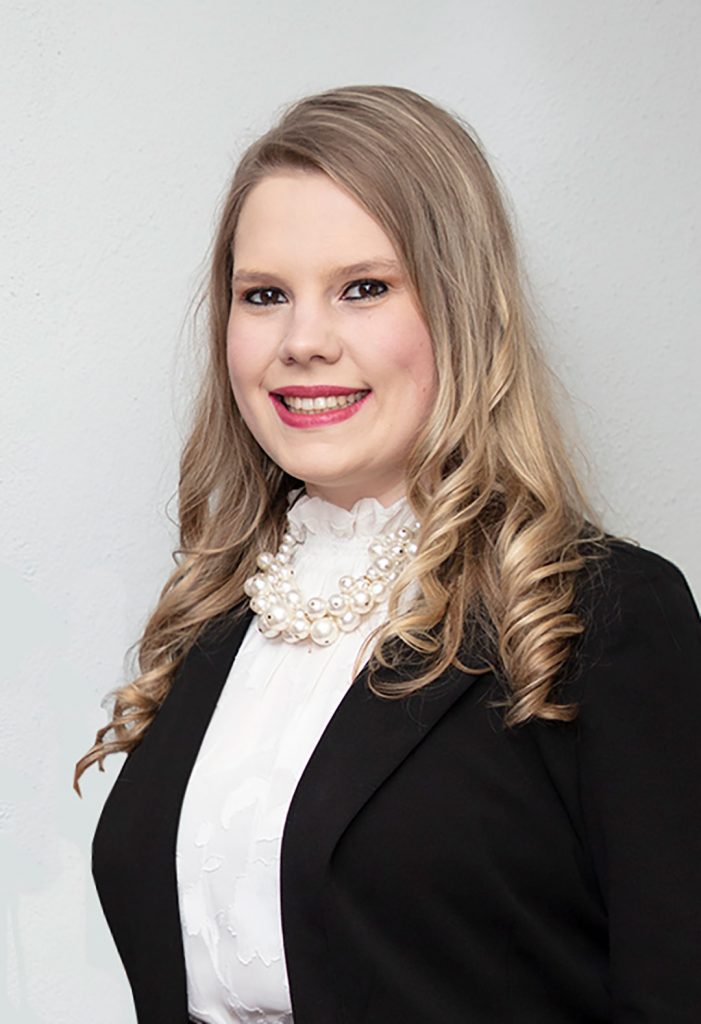 “Karsyn easily stands out as one of the brightest and best students I have taught,” Street said. “I knew from the minute I graded her first assignment that she was going to excel in PR. I truly am in awe of her abilities, intelligence and time management skills.”

Ryan Whittington, PRAM’s vice president of student services, was not a judge, but he did coordinate the selection process.

“This year’s judges commended Karsyn for her ability to juggle multiple projects,” Whittington said. “In addition to the way she maintained outstanding academic honors, multiple internships, part-time jobs and campus activities, they were impressed with her clear career goals. One judge shared, ‘It is obvious that she is a stellar student who will make an outstanding professional who can take on multiple projects and responsibilities.’”

King, from Monroe, North Carolina, was a member of the Honors College, as well as a producer and on-air talent at both the campus radio and TV stations. She served as event coordinator for the University Ambassadors and as an orientation leader for incoming freshmen. She was an officer in her sorority and in Panhellenic. Her volunteer work included serving at a local homeless shelter and as a tutor to underprivileged children. In addition, she worked two part-time jobs while in college.

“I am beyond honored to receive the award,” King said. “It is amazing to see my hard work pay off in such a profound way as I end my undergraduate career at Ole Miss. I will be forever grateful to Ms. Street for her nomination, her constant encouragement, and her invaluable guidance.”