The University of Mississippi School of Journalism and New Media has lost a former leader who did much to promote quality journalism in schools throughout the South.

Farrar is also a former chair of the Southern Methodist University journalism department and former director of the University of Kentucky School of Journalism.

Mark Dolan, an associate professor of journalism at the UM School of Journalism and New Media, met Farrar at the University of South Carolina as a graduate student. He said Farrar was a fabulous writer and historian.

“Above all, he was kind, with an attitude that all things are possible, and that good ideas mattered,” Dolan said. “I was his teaching assistant in a large section of freshmen, among them Ainsely Earhardt, who went on to Fox News. I owe my teaching career to him.”

Debbie van Tuyll, a professor of communications at Augusta University’s Department of Communications, was also one of Farrar’s graduate students. She describes him as an old-fashioned, Southern gentleman.

“And I mean that in the best way,” she said. “He was gracious and open to those around him. That’s not to say he didn’t have his moments when he could be stern, but he always did so in such a way as to be non-offensive.”

Van Tuyll said Farrar had an uncanny ability to assess where a student was in his or her intellectual development, meet them there, and help them move ahead in their studies.

“He was the best combination of teacher and scholar,” she said. “And a fine copy editor. He caught so many mistakes in my dissertation that I should have caught. But mostly, he was there to offer encouragement and to be a cheerleader for me.” 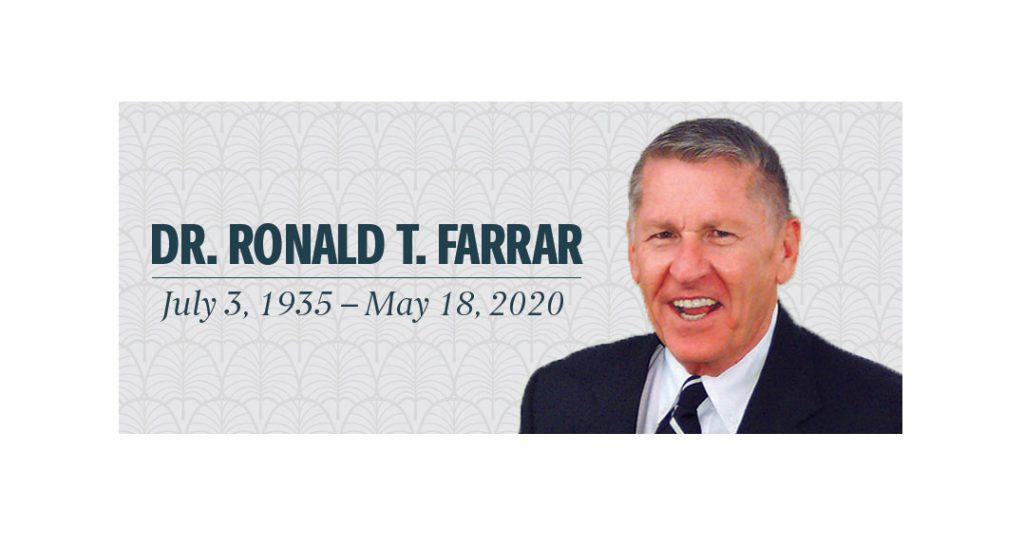 Those who knew him said Farrar had the remarkable gift of never meeting a stranger. He was a great listener, a good man who truly cared about everyone he met and, in turn, they cared about him. He made and kept friends for life.

Van Tuyll said Farrar’s legacy is his students and scholarship. Because of his leadership and guidance, she won the American Journalism Historians Association Kobre Award this year for lifetime achievement.

“I was so proud to tell Dr. Farrar about that – even though he’d never been active in AJHA,” she said. “Still, I wouldn’t have won that award without his hand guiding me through my studies and teaching me the importance of doing high quality, publishable research that answered a significant question.”

Farrar was an internationally respected and gifted professor who taught, wrote and conducted research for nearly four decades. He was honored by the Society of Professional Journalists in 1969 with the Distinguished Service Medal for Research in Journalism for his book “Reluctant Servant: The Story of Charles G. Ross.”

“I had decided to major in journalism, so I had the opportunity to meet Ron Farrar,” she said. “He was an encourager. I so enjoyed my visit, my conversations with Ron and attending journalism classes. Of course, I decided to attend Ole Miss after that visit.” 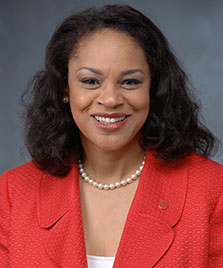 Flenorl said Farrar kept in touch with her throughout her career and continued to track her progress.

She graduated from UM with a degree in journalism and English and now works in corporate communications as Manager of Global Citizenship at FedEx Corporation in Memphis.

Charles L. Overby, former chairman and CEO of the Freedom Forum, Newseum and Diversity Institute, is chairman of the Overby Center for Southern Journalism and Politics located inside the UM School of Journalism and New Media.

“My own personal experience showed me that Ron cared deeply about his students, both while they were at Ole Miss and afterwards,” Overby said. “He was a good educator and administrator, but more than that, he was a very caring people person. Ron became a friend for hundreds of students long after they left Ole Miss.”

Due to conditions at this time, the family will hold a graveside service on Saturday, May 23, with plans to hold a memorial service later this summer.

In lieu of flowers, contributions can be made to the Ronald T. and Gayla D. Farrar Award in Media and Civil Rights in care of the University of South Carolina School of Journalism and Mass Communications. Farrar endowed the award there in 2011.