Registration is underway for a class the University of Mississippi School of Journalism and New Media will be offering online during the second summer session called J361 “Black Mirror, The Twilight Zone and Media.” If you’re a fan of either show, you may enjoy studying them from an academic viewpoint while envisioning the future of media and  technology.

“Black Mirror” is a British science fiction Netflix anthology series set in the near future that explores the potentially dark consequences of technology and social media. Each episode has a different cast with a unique story and, like most science fiction, it offers a speculative warning about what could happen if we lose control and allow technology to control us. 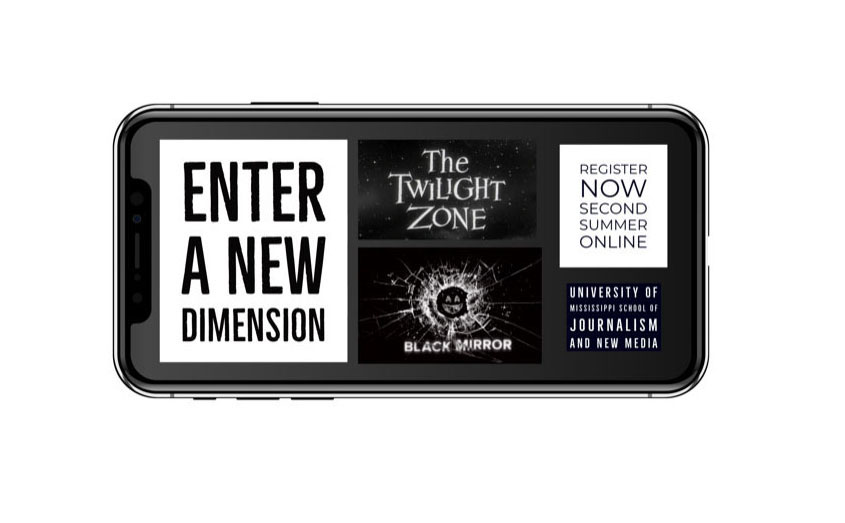 The show, created by Charlie Brooker, was first broadcast on British television in 2011. It is now a Netflix original series, and some have called it a modern day “Twilight Zone.” Recognizing its potential for the discussion of modern and future media, some colleges and universities across the country have incorporated “Black Mirror” into their journalism and communications classes.

“The Twilight Zone,” which ran on CBS for five seasons from 1959 to 1964 and had several revivals, likely needs no description unless you just moved to Earth.

Professor LaReeca Rucker will teach the “Black Mirror, The Twilight Zone and Media” class. She encourages “Black Mirror” and “Twilight Zone” fans to register and enter a new dimension. Read the class Q & A below to learn more.

Q. Why were you inspired to create a class inspired by “Black Mirror” and “The Twilight Zone?”

A. After watching all the episodes of both series, I thought many of them tapped into important issues happening in our society regarding media and technology, offering a visionary warning about scenarios we could face if we aren’t careful. The episodes offer near future visions about issues involving social media, cyber security, cyber crime, digital privacy, digital voyeurism; technological inventions like drones, digital contacts and self-driving cars; and digital disconnection. Many of these scenarios are already happening in our world. We read about them daily in news stories. From city governments that become targets of ransomware attacks, to people who film crimes and accidents on their cell phones to share on social media rather than intervening and helping victims. And our world is very much influenced by social media. You’ll see eerie near future visions of this in “Black Mirror.” 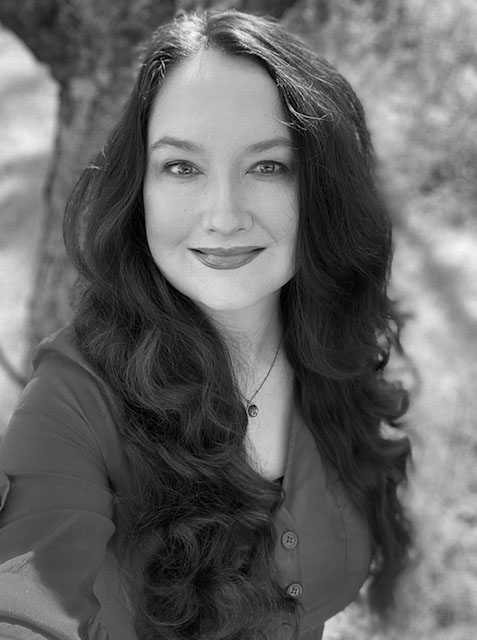 Q. Is “Black Mirror” used by others in education?

A. “Black Mirror” has been used by many people from different fields of study. If you take a look at some of the academic journal articles that have been written about the series, you’ll find papers written by experts in the fields of media and communication, sociology, science, technology, criminal justice, law, art, music, and literature, among others. Some papers discuss technological surveillance and privacy issues; the future of tech products, such as wearables; artificial intelligence; cultural issues, such as racial inequalities; and other philosophical topics that blend technology and spirituality.

Q. Are we living in a “Black Mirror” moment?

A. Yes. Some might say that we are currently living in a “Black Mirror” moment. We are on the verge of a situation that could go either way depending on how we respond now and in the future. If we seemingly resolve the current COVID-19 situation, some scientists have said it’s only a matter of time before another strain of this virus or another emerges to cause another pandemic. This is largely due to how we, as citizens of the planet, are handling many things, including negligently destroying forests and animal ecosystems, selling wild animals in wet markets, and factory farming, writers and scientists have said. These are the things that have led to viral spillovers. Authors and filmmakers have been warning us about this since 2011 in books like “Spillover” and movies like “Contagion,” and we weren’t prepared.

Today, when anything happens, it is amplified by technology. So one of the things we’ve seen during this crisis is an abundance of information. But much of that information has been conflicting, and it seems to indicate what can already be presumed – we don’t exactly know what’s happening or how this is going to turn out – but we have new information about it every second of the day.

There are also thoughts by some that “the media,” which for some includes everyone with a social media account these days, is influencing the events. I believe we – everyone on social media – are collectively influencing the response to this situation by voicing our opinions, and that is an interesting and somewhat disturbing thing to think about – the power we now have with social media to influence situations that we didn’t have in the past. You will see this scenario happening in several episodes of “Black Mirror.”

Q. Why is “Black Mirror” or “The Twilight Zone” educational? What can we learn from it?

A. “Black Mirror” has been called a modern version of “The Twilight Zone.” We’ll also be watching episodes of “The Twilight Zone” in this class. Rod Serling, the narrator of the show, was a brilliant writer with a heart for social justice. That comes through in many of his pieces that offer dystopian visions of society. Remember the iconic “Eye of the Beholder” episode with native Southerner Donna Douglas (of “The Beverly Hillbillies”) who just wants to look normal like everyone else, so she endures many operations to look like other members of her society, but ultimately does not succeed in her transformation, and she is devastated?

In the end, the audience sees that she looks like a model, but she has been having multiple operations to look like the “normal” people of her world with their distorted, frightening faces who live in a place ruled by a dictator. This is just one example of a “Twilight Zone” episode set in a dystopian world void of freedom and individuality. And what better way to talk about journalism, the First Amendment, the Constitution, and American freedoms than to contrast these privileges with fictional and real life examples of modern day government dystopias in which citizens have none of the freedoms that we as Americans enjoy.

Q. What can science fiction teach us about our society?

A. Anything that offers a prophetic warning can teach us things to avoid. In addition to offering warnings about our culture and society, there is a business angle that could be beneficial to companies. Futurism is a business concept that uses science fiction and forward thinking to predict long-term strategies and outcomes for companies. Some major companies have brought in teams of science fiction writers who can use their research and writing skills to predict what lies ahead for that company. This may help them make profitable decisions and avoid future crises that company leaders haven’t thought about. None of us can predict the future, but we can make smarter decisions with research, knowledge and innovation.

Recognizing the show’s potential as a discussion starter about modern and future media, students will watch specific episodes of “Black Mirror” and think critically about the program. Through class discussions and writing exercises, they will envision the future of social media and technology. Some selected content will be hosted on a Black Mirror Project website.

This mind-bending class will also analyze topical developments and news stories related to the impact of social media on society. Students will read academic articles that have been written about “Black Mirror” and “The Twilight Zone.” Other science and speculative fiction movies and television shows will be examined. We’ll speculate about what the future holds, good and bad, with media and technology. And we’ll discuss what we can learn about journalism and a free society from science fiction visions of dystopias.

How will the class be taught?

Students who take this class will receive daily lesson plans on Blackboard with work they should complete before the following day. They may be asked to give short video presentations via Zoom, or to upload a video to YouTube so that other students can view their presentations.

We also plan to have weekly, state- and nationally-recognized speakers who can share their thoughts on the media and technology topics we discuss that will be broadcast in an optional live Zoom meeting or via video. Students will be asked to complete some writing projects that could be featured on our “Black Mirror” website: https://blackmirrorideas.wordpress.com/

They will be asked to engage in discussions in our Blackboard Discussion Forum with their classmates. They will be watching episodes of “Black Mirror” and “The Twlight Zone” on  Netflix (so they need a temporary subscription) throughout the course. We’ll also use social media platforms, such as Twitter, to communicate on some assignments. And we will (optionally) explore virtual reality, so it might be a good idea to purchase some inexpensive ($10 or less) VR glasses.

You can also read student stories on The Black Mirror Project website at  https://blackmirrorideas.wordpress.com/

Those interested in learning more about the class may register or email Rucker.