Each year, the Public Relations Association of Mississippi names the outstanding PR student from all universities in the state. The School of Journalism and New Media has three nominees for that award. 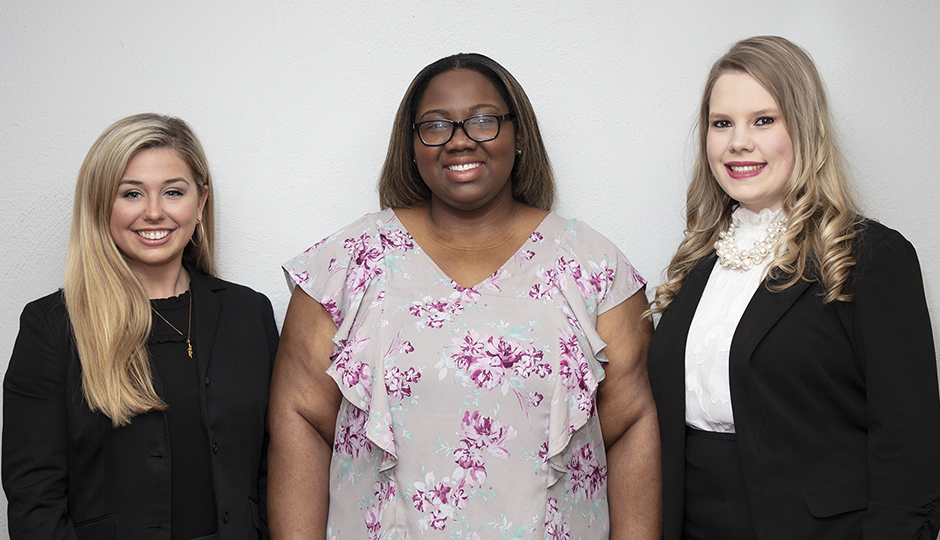 All three students are completing their specialization in public relations.

The winner was supposed to have been announced at the end of April at the PRAM state conference, but that conference has been cancelled. PRAM officials have said a winner will be announced electronically at a later date this spring.