Many people will cheer for their favorite team this Sunday, Feb. 2 when FOX broadcasts the Super Bowl, featuring the San Francisco 49ers and Kansas City Chiefs.

Seth Tanner, a School of Journalism and New Media IMC master’s graduate, who now works for the Chiefs, will be working behind the scenes of the Super Bowl.

Tanner grew up in Southern California and earned his undergraduate degree at Ball State University majoring in telecommunications, then spent his first two professional years in Birmingham working at the University of Alabama. 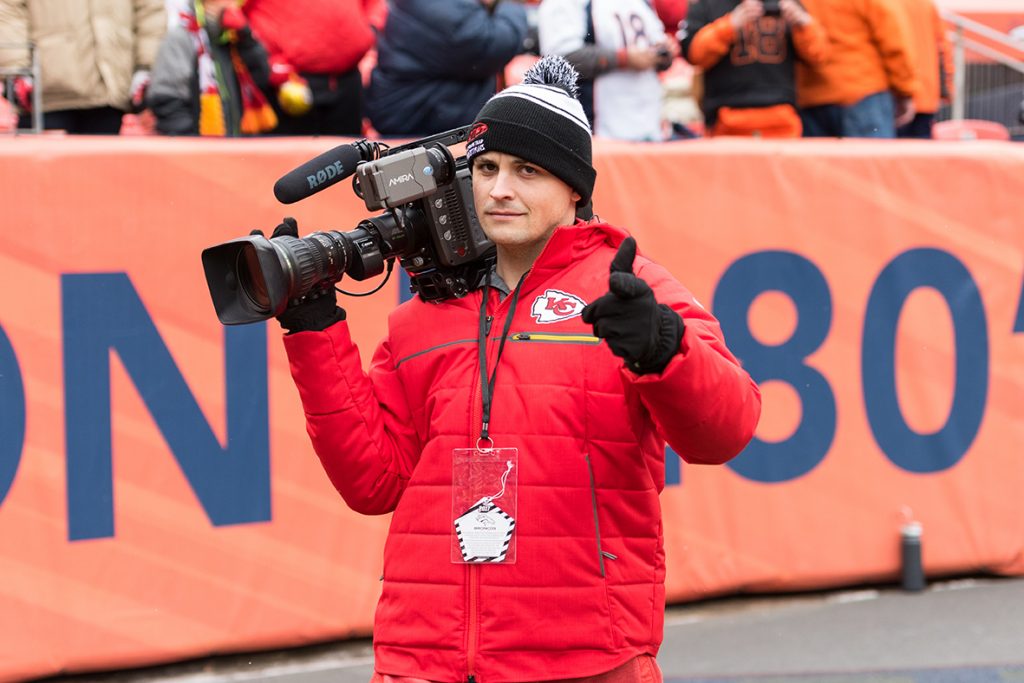 “From there, Ole Miss Athletics hired me as a producer, and I focused on creating entertaining gameday shows for the video boards at all the athletic venues,” he said. “I closed down the Tad Pad and opened up the Pavilion. I was there when the goal posts came down at Vaught-Hemingway, and I saw every home run shower in the right field from 2015-2017.”

During that time, Tanner pursued his master’s degree in integrated marketing communications, balancing his studies and a 60-plus hour work week in Athletics before graduating in May of 2017.

“I owe a lot of credit for that to my boss, Micah Ginn, the associate A.D. for Sports Productions and Creative Services, and Dr. Robert Magee over in the IMC program,” Tanner said. “Shortly after that, I was hired by the Kansas City Chiefs as a lead producer, and I continue to do some of the same work, putting people on Kiss Cam and making weird hype videos to get the crowd motivated.”

During the Super Bowl, Tanner will work as the crew’s technology and gear coordinator. He will create specific Super Bowl content for the Chiefs’ social media channels and will shoot some footage of the game. 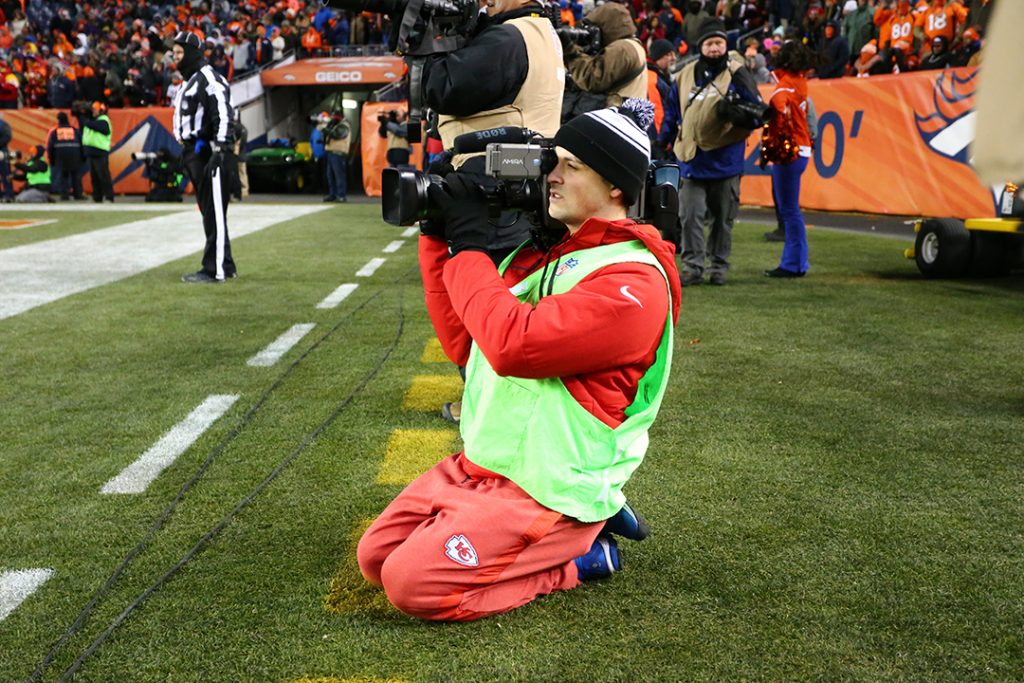 If you want to work in an industry as competitive as sports management, Tanner said you better love it, because it’s a long road to the NFL.

“I truly do love the work I do,” he said. “Sunday, we won the (American Football Conference) Championship. Monday, I built a set in our studio; and today, I did a production shoot with what might be the most talented athlete on Earth.”

“I owe a lot of credit to Ole Miss for making me the person I am today… To this day, I still use lessons and theories taught to me during my IMC lectures, and those are the things that make me stand out to my superiors.”

Magee, assistant professor and director of the IMC graduate program, said Tanner understands the power of video and storytelling in IMC.

“Together, we conducted a social media analytics project that tested the effects of promotional content for sports teams,” he said. “He discovered actionable relationships that can make a sports organization more effective. Seth always stood out as an exceptional critical thinker in the courses I teach, and he was eager to make the most of the opportunities our program offers.”

There are a few other Ole Miss graduates who work with the Chiefs.

Player Breeland Speaks is a defensive end on the team, but Tanner said he experienced an injury he has endured all year. There is a Chiefs cheerleader who graduated from UM, but the organization asked that we not reveal her name to protect her from unwanted attention. Jayne Martin, director of fan experience, is also an UM graduate.

Tanner offered this advice to students.

“When you get frustrated that you have another assignment on typography and resume design, take a deep breath,” he said. “Pour your soul into even the most forgettable class projects, because they will pay off in the long run.”

The teams will battle each other at Hard Rock Stadium in Miami Gardens, Florida with the kick off at 6:30 p.m. ET. Tanner will be there with his camera and the knowledge he learned in the IMC master’s program.

For more information about the University of Mississippi School of Journalism and New Media’s journalism and IMC programs, visit jnm.olemiss.edu.