Columbia Journalism School recently announced the 16 winners of the 2020 Alfred I. duPont-Columbia University Awards. One of those winners is a University of Mississippi School of Journalism and New Media graduate.

Sharyn Alfonsi, who now works as a reporter for “60 Minutes,” was one of the winners awarded a Silver Baton at Low Memorial Library Jan. 21, 2020 in a ceremony hosted by CNN and PBS’s Christiane Amanpour and The New York Times/The Daily’s Michael Barbaro, the Columbia website reports.

This was the school’s 50th year hosting the duPont-Columbia Awards. 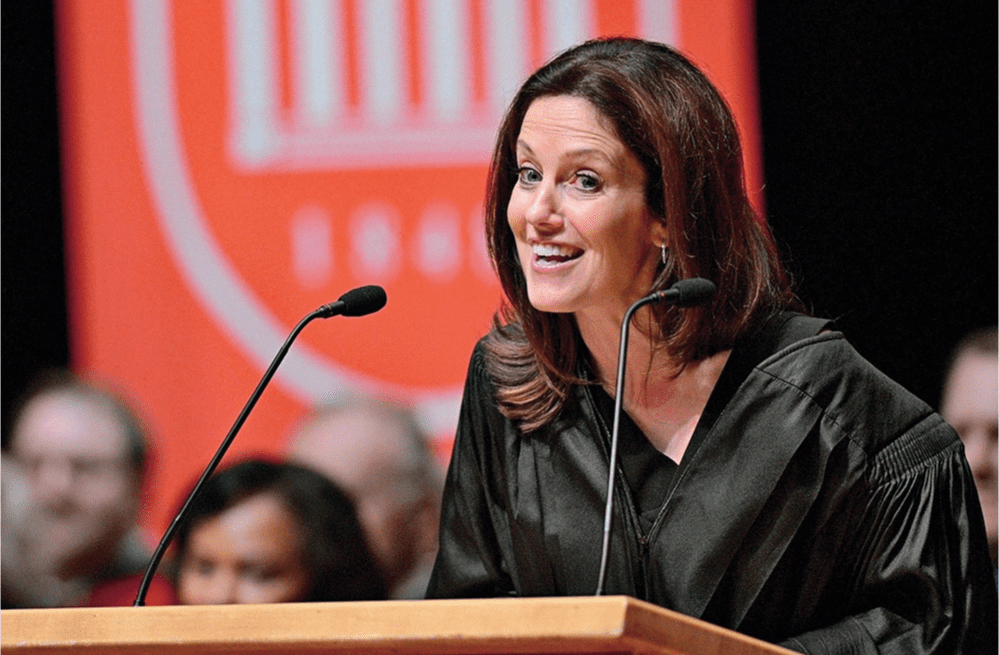 “This important work is all coming at a time of increased mistrust in powerful institutions,” said Cheryl Gould, duPont jury chair and former NBC News executive, on the school’s website. “Journalists are playing a critical role in holding the powerful accountable, and we are proud to honor these duPont winners for their commitment.”

Alfonsi’s work with “60 Minutes” about the border crisis led to her award. “On the Border” is a piece described as “nuanced and newsmaking reporting” that “looked at the Trump administration’s policy of separating families at the Mexican border, from the poignant lens of aspiring immigrants going through it.”

Founded in 1942, the duPont-Columbia Awards ​uphold the highest standards in journalism by honoring winners annually, informing the public about those journalists’ contributions and supporting journalism education and innovation, the Columbia website reports.

You can read the entire news release here.

Check out these recent stories about her.

Variety: Sharyn Alfonsi starts to broaden her profile at ’60 Minutes’