US ambassador to Croatia thanks Wenger, Imre for new media workshop 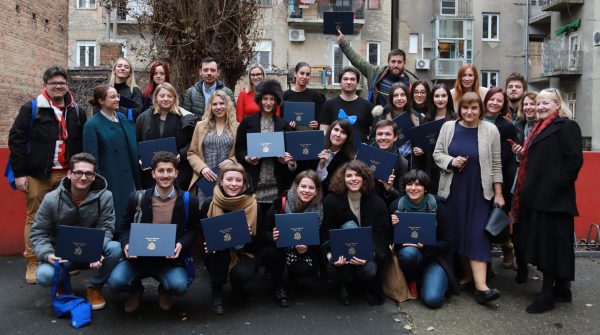 Graduates of the “Disrupt the News” workshop in Zagreb, Croatia led by Asst. Dean Debora Wenger and Dr. Iveta Imre in December 2019.

For two-weeks in mid-December, Asst. Dean Debora Wenger and Dr. Iveta Imre led a multimedia journalism workshop, “Disrupt the News”, in cooperation with the Faculty of Political Science at Croatia’s University of Zagreb (FPZG), with the support of the U.S. Embassy.

The workshop focused on preparing students and professionals for evolving careers in journalism and included instruction and practice with innovative storytelling techniques and new tools and technologies, such as 360-visuals, data visualization and mapping, as well as strategies for verification of information and building audience trust. The result was an experimental newscast and a multimedia website, Zagreb Newslab.

“We regularly look for media professionals at the American J-schools to work with, and I found them at the University of Mississippi,” Professor Tena Perišin, head of the journalism department at FPZG, said. “I have been following Debora’s work for many years through the online portal  advancingthestory.com, a great source of information about new trends and innovations in the media environment.” 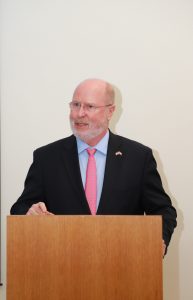 “We especially want to thank our trainers from the University of Mississippi — Ole Miss — we know them now for their journalism but American football fans have known them much longer for their team, the Rebels,” Kohorst said with a smile.

He praised the work of the student journalists and acknowledged the importance of the regional aspect of the workshop. Perišin has been organizing similar workshops for years, most recently with faculty from Arizona State University. One of the reasons for her interest in working with the University of Mississippi is her school’s personal connection with Dr. Imre.

“Iveta is my ex-student, who after earning her M.A. from Zagreb, continued her academic career in the US. In addition to her professional skills, which are very important, she is one who understands our Balkan mentality. It was a win-win situation considering we included 24 students, journalists and journalism lecturers from five countries to make this workshop a success.”