Many students need all four years of their college experience to find their true passion.

But University of Mississippi senior Alexi Alonso has already found her calling and is knee-deep in turning her dreams into reality. The integrated marketing communications major from West Palm Beach, Florida, has started the university’s first-ever fashion magazine, called Velvet.

The publication connects to one of Oxford’s nicknames: “The Velvet Ditch,” meaning a place you can fall into and get comfortable. The magazine focuses on modern, trendy college students and will cover fashion, beauty, culture and lifestyle on campus and in town. 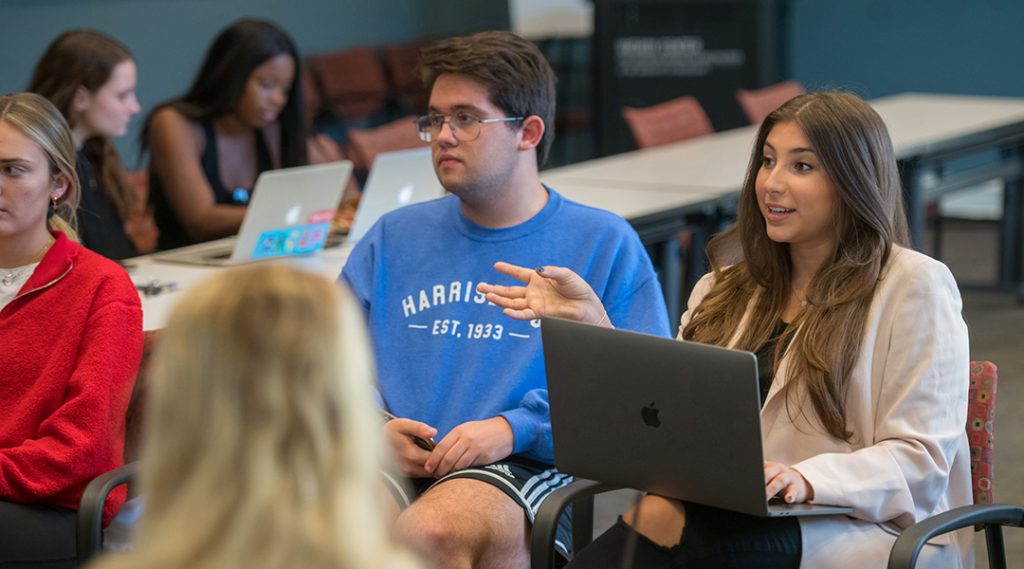 The Velvet team from the UM School of Journalism and New Media meets once a week to work on the magazine. Photo by Kevin Bain/Ole Miss Digital Imaging Services

“I want it to go beyond just the university and really connect with the Oxford community,” said Alonso, who serves as editor-in-chief.

After taking graphic design and fashion promotion classes her junior year, Alonso was inspired to create a magazine that would do more than just showcase the trendy dressers around town. Once she graduates, the magazine will continue to be operated by the School of Journalism and New Media and the creative team she has assembled.

“I want it to have a lasting impact on the IMC department and to grow our fashion department,” Alonso said. “I also want it to be a magazine for students, by students.”

The online version of the magazine is set to launch in December, and Alonso plans to eventually develop a print version as well. 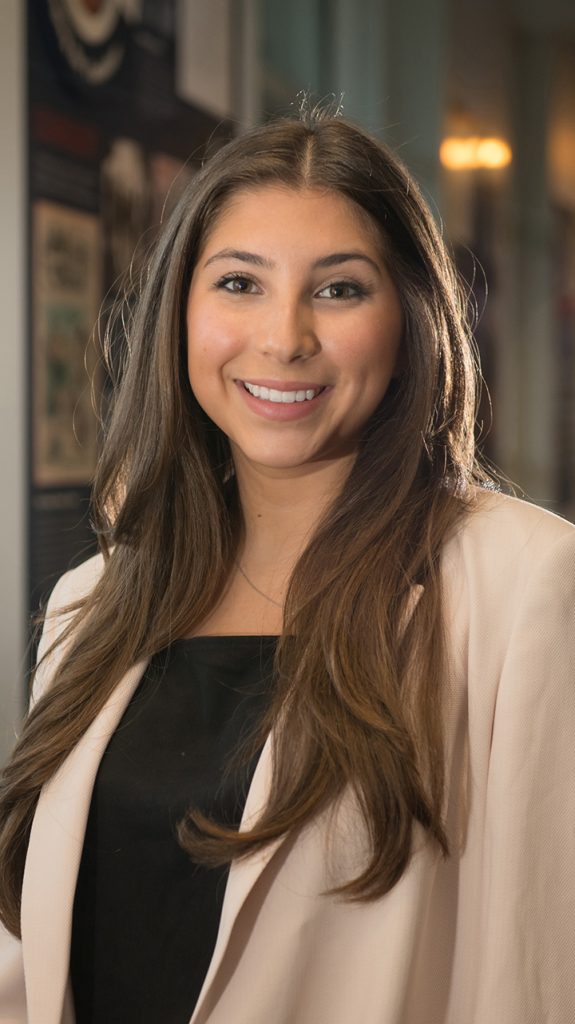 Alonso began acting on her ideas during the 2019 spring semester by putting her plans on paper and reaching out to as many professors as she could. Debora Wenger, assistant dean for partnerships and innovation and professor of journalism, saw potential in the idea and gave Alonso the support she needed to get the magazine on its feet.

“There is nothing that gives me more pleasure than seeing some of our students get excited about doing real work for real audiences,” Wenger said. “Alexi is taking everything she’s learned in our program and on her internships to create something that we both hope will have a lasting effect on our school and our university.”

Wenger helped arrange an interest meeting for the magazine in April, and the turnout far exceeded Alonso’s expectations. She has a team of 35 students who come together every week to combine their love for fashion with love for the university and to put into practice what they’ve learned at Ole Miss.

“My team is so dedicated and determined,” Alonso said. “We’re all on the same page all the time and it’s so amazing.”

She intends to stay involved with the magazine after she graduates in May. She hopes the university and her team will take the publication to the next level once she is gone.

Wenger shares confidence in the future of Velvet.

“I think the sky’s the limit for this magazine,” Wenger said. “All you have to do is look around the Grove on game day or on the Square on a Saturday night and you know we have plenty of fashionistas at Ole Miss.”

Alonso wants to incorporate stories about inspiring Ole Miss alumni into the magazine in the future, and whether she realizes it yet or not, she just might be one of those inspirations.

“Lots of people can get very enthusiastic about a project but aren’t willing to do the research, the organizing and the oversight that’s needed to make that project a success,” Wenger said. “Alexi is an entrepreneur at heart, and I just know she is going to be coming back to campus in five years to give speeches on how to succeed.”

This story was written by Caroline Cline for UM Communications.