An award-winning ESPN producer will join other Mississippi journalists in a panel discussion about sports reporting Wednesday in the Overby Center Auditorium.

ESPN’s Dwayne Bray will join Mississippi Today‘s Rick Cleveland and the Clarion Ledger‘s Mackenzie Salmon at 5:30 p.m. Wednesday, Nov. 6. for a panel discussion on the status and direction of modern sports reporting.

Professor R.J. Morgan will moderate. The event is open to the public.

Bray will also teach a one-week workshop at the University of Mississippi School of Journalism and New Media Nov. 4-9.

He will offer a select group of sports-minded students the opportunity to work with him on local enterprise stories about college athletics and local sports.

“Students will also need to carve out additional reporting time,” said Morgan, “but we’re hoping the opportunity to work with a high-quality mentor to develop high-quality clips will make the time commitment a worthwhile investment for them.” 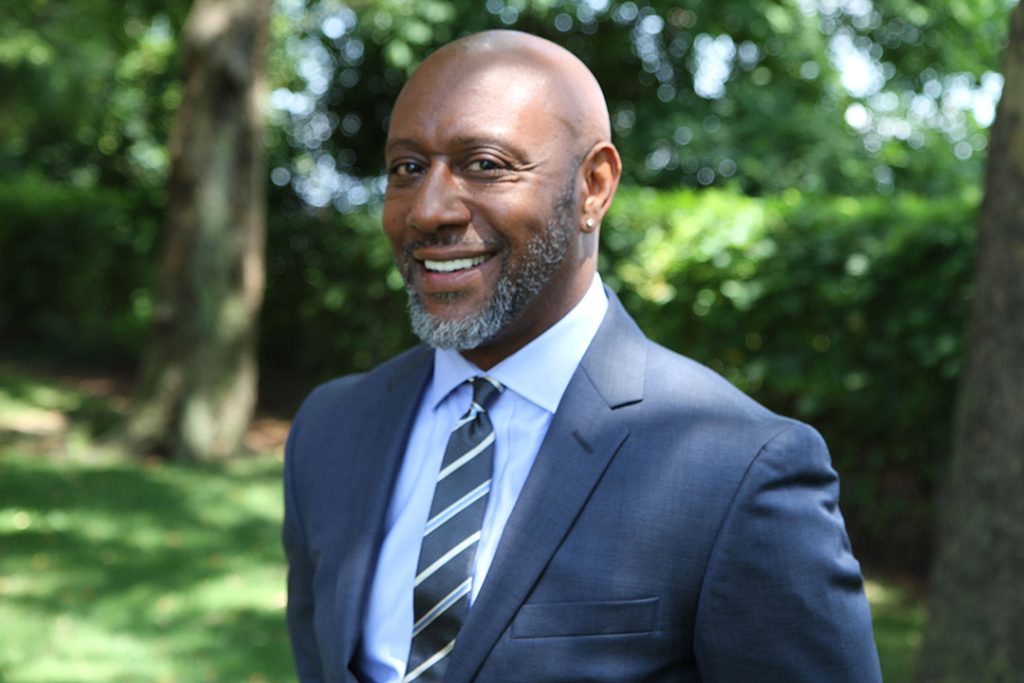 Dwayne Bray will conduct a sports reporting workshop at the University of Mississippi School of Journalism and New Media.

“Some of the best long-form storytelling you’ll see anywhere right now can be found on ESPN,” she said. “We are thrilled to have senior producer Dwayne Bray coming to campus to facilitate an intensive, week-long focus on sports journalism with some of our most passionate students. We’re hoping to jump-start a number of sports-related projects with Mr. Bray coaching the students through the process.”

Bray, the senior coordinating producer for ESPN’s Enterprise Reporting Unit, joined ESPN in October of 2006 and has overseen the network’s team of journalists who produce long-form stories on issues throughout sports, according to the ESPN Press Room website. Those stories are most often seen on Outside the Lines, SportsCenter and E:60.

He was nominated for a Pulitzer Prize three times while working as a reporter and editor in Dayton in the 1990s.