A native of Simpson County, Shoemaker was born on Nov. 19, 1931, to the late Ezra and Saleta Shoemaker. He was the eldest of the five children, all of whom preceded him in death:  Virginia McNeese; Jean Shoemaker; Hollis Shoemaker; and Carolyn Wightman.

Dub was married to Nell Slade Shoemaker from Sumrall, who died Jan. 5, 2007.  Nell was a nurse and started the nurse education program for Holmes Community College. In October 2017, HCC dedicated its nursing school facilities at the Attala Center in Kosciusko, naming it the Shoemaker Nursing Wing. 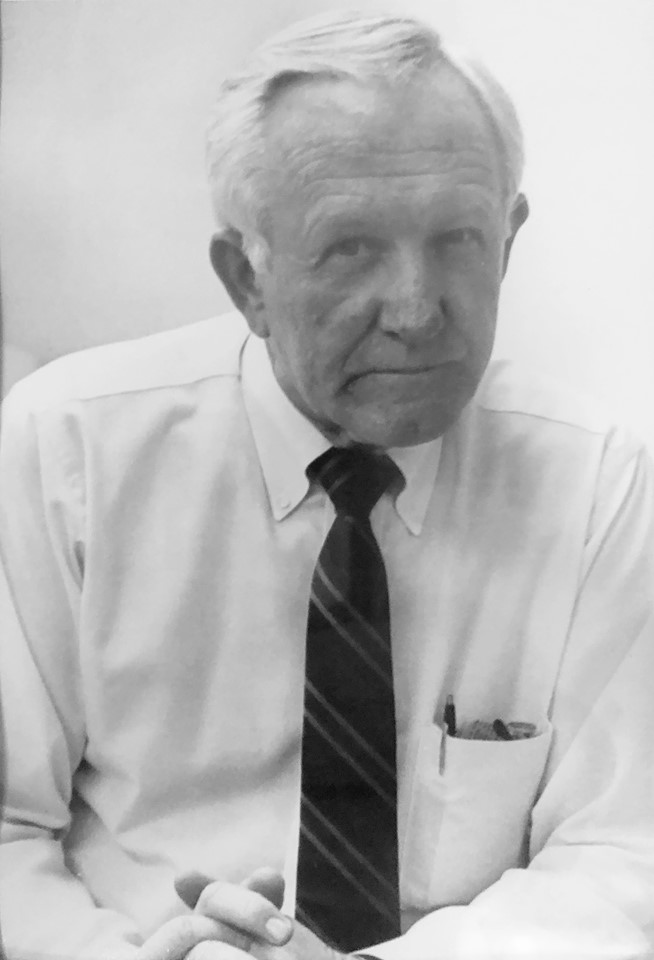 Sisters-in-law Sylvia (Sam) Shoemaker, Lina Fortenberry, Peggy Barclay (Johnny), and Dorothy Regan survive him, along with a number of nephews and nieces and other family.

In the fall of 1949, Shoemaker became a staff member of the Jackson Daily News, where he worked for the next 16 years except for a two-year break for Army service during the Korean War. He began as an office boy and quickly rose to the position of reporter.

For 10 years beginning in the mid-fifties, he covered many of the Civil Rights issues in the South. One of the notable stories he covered was the Emmett Till murder and the trial of the accused murderers in the Mississippi Delta in 1955.

In 1963, he visited with Medger Evers about 9:30 p.m. following a rally Evers’ group held at a Jackson church.  Evers was shot and killed later that night.

Shoemaker went to University Hospital to check on Evers’ body about 1:30 a.m. He was with the police the next morning when they found the rifle which supposedly killed Evers.

In addition, he published the serial number on the rifle, which led police to the man who was charged in the murder of Evers.

The murders of three young Civil Rights workers in Philadelphia in 1963 was also a story reported by Shoemaker.

In 1965, he and partner George Keith bought The Star Herald in Kosciusko. Dub and Nell moved there that year.  Later, Mr. Keith sold his share of the paper to Dub. He also owned newspapers in Pontotoc, Mississippi State, Forest, Morton, Mendenhall, and Madison.

He owned and operated a printing business in Kosciusko, which produced newspapers and newspaper inserts throughout most of the nation. As well, he was a partner in a typography shop in Jackson and partnered in the Bluff Springs Paper in Kosciusko at its inception.

For 28 years, he served as a member of the Board of Directors of Merchants and Farmers Bank, a $1.6 billion financial institution, which was headquartered in Kosciusko and served areas in Mississippi, Tennessee, and Alabama.

Dub was active in the Rotary Club and was a Paul Harris Fellow. He was well-known for his devotion to the betterment of Kosciusko, Attala County, and the state of Mississippi. He was also a member of First Presbyterian Church of Kosciusko. Dub was known for never saying “No” to any request for help from anyone.

Online condolences can be made at jordanfuneralhome.com.