Terry Ewert, former executive producer of CBS Sports, has won Emmys for writing and documentary filmmaking. He also led production for the coverage of three Olympic games at NBC Sports and the Atlanta Olympic Committee.

Hattiesburg native Lucy Burnam, 22, a journalism graduate student focusing on photography and video, was a member of the winning student team that included Allen Brewer and Andranita Williams. The aspiring novelist and photographer said the workshop required students to complete an intensive storytelling project. 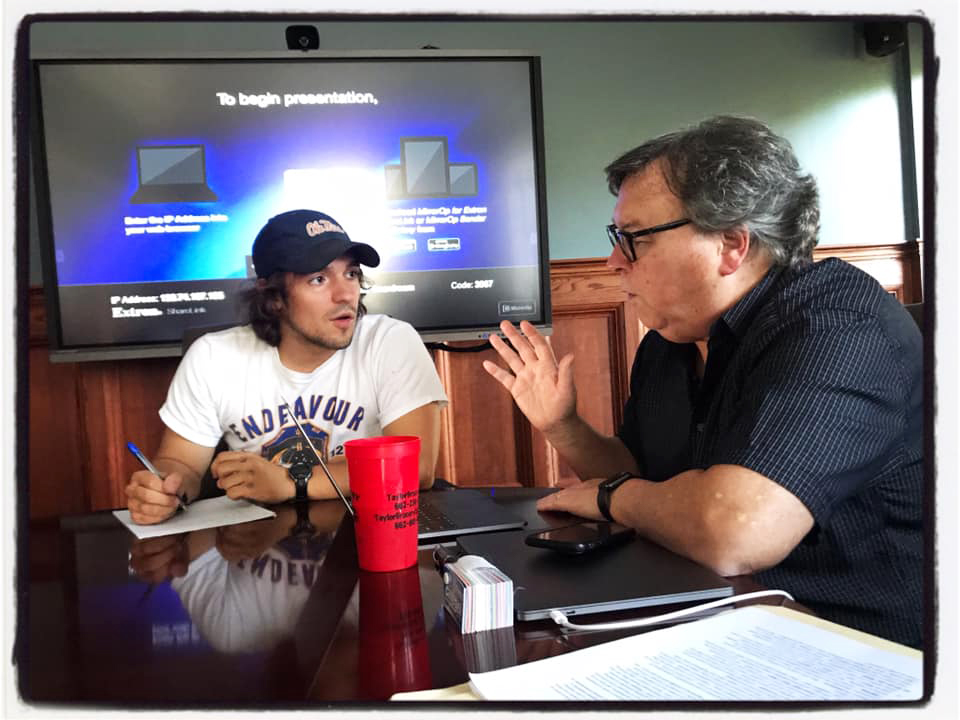 Terry Ewert, right, speaks to a student. He recently led a workshop at the School of Journalism and New Media.

“You have 48 hours to pitch an idea, get a green light for it, and then physically go shoot the whole thing before finally editing it all together,” she said. “So basically, it’s a fairly large task condensed into a short period of time that’s do-able, but every second counts.”

“It was extremely intense, but I recommend people do it to test their limits, because you might end up surprising yourself,” said Burnam, whose favorite part was working with others to edit the stories by deadline. 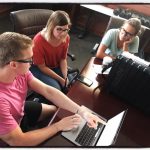 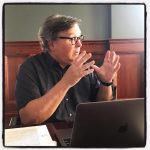 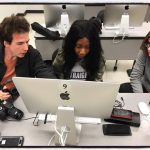 “Editing anything, especially video, is one of the most nit-picky processes,” she said, “and being under such a looming deadline was stressful. But the professors involved, as well as my team and the other students, really made it a day I’m going to remember for the rest of my life. We all just sat in the same room and laughed together, maybe cried a little too, until it was all finished. Quite the bonding experience.”

Burnam’s project was about a teammate’s father, who began experiencing shortness of breath during the summer, before learning he had two heart blockages.

Professor Michael Fagans, who helped lead the workshop, said he hopes students learned the important elements of creating a documentary and some lessons about themselves.

“(I hope) they learned where their growing edges are, the level of effort that it takes to see a project to the end, how they can apply these skills to their final class projects in other courses,” he said.

“I bonded with my team and really learned how to acclimate to a group setting quickly,” she said. “Personally, I hope we all learned that we can accomplish a lot under a short period of time if we really put our minds to it.