Lens Collective workshop viewed The Land Through Our Lens

In October, The Land Through Our Lens conference documented stories about Mississippi land, specifically in Oxford, Holly Springs, the nearby community of Taylor and surrounding areas, and various Delta towns.

UM Assistant Professor of Journalism Alysia Steele, who founded and leads the workshop and conference, said they wrote stories about the Mississippi River, canoeing, flooding damage, sweet potatoes, cotton, a gin distillery, catfish, prawns, pumpkins, and restaurants that use local ingredients, among other stories. 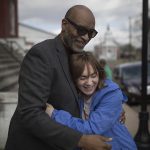 From the Lens Collective files 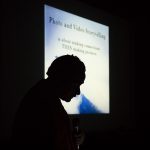 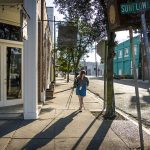 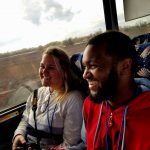 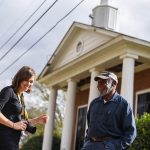 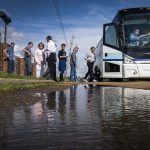 Students chose their own stories and worked in teams with a mentor, documenting the story with audio, video and still photography. Steele said it usually takes 7-10 hours to produce one minute of film. The projects were 3-5 minutes long, and students had about eight hours to produce the work.

Founded in 2017, Steele was inspired to create the Lens Collective by the Dawn to Dusk program at her alma mater, Ohio University. Students documented a story for a day and published their work. An Allegheny College professor, who was also an Ohio University alumnus, added to the concept, including more universities and community partnerships.

Steele combined the two ideas and added her own twist, creating a four-day workshop that usually has around 60 participants. In 2017, the focus was blues music. Last year, Steele chose to highlight civil rights stories. This year, it’s all about land.

“So much has happened because of weather, and we know it’s affected farmers,” she said. “The workshop has typically been held in the spring, but I wanted to move it to fall so we could get root vegetables, cotton, and the weather wouldn’t be so hot.”

The workshop began in Farley Hall at the School of Journalism and New Media. It focused on audio/video and photography storytelling. On Wednesday, participants were involved in team meetings, gave introductions, listened to ground rules and ate dinner. Guest speakers shared information in the Overby auditorium.

On Thursday, participants spent a half-day in Oxford. An Adobe Premiere Pro refresher workshop was held for participants only. Participants later drove into the Delta and had a student photo competition. A prize was given to the student who captured the best image that represents the land theme.

Participants spent the night in Cleveland. One workshop tradition is to enjoy a Southern soul food dinner from Senator’s Place restaurant. “We invite those we are documenting to break bread with us, and we can get to know each other,” she said. “We treasure time with residents and appreciate them allowing us to document their stories. So, enjoying a local meal, giving back to the community, and sharing time together is critical for just being good human beings.”

Steele said workshop leaders have partnered with Dr. Rolando Herts and his staff at the Delta Center for Culture and Learning for the past three years. They help sponsor the meal. Local historians are invited to share stories with students during the dinner. Last year, civil rights icon and Student Nonviolent Coordinating Committee member Charles McLaurin spoke.

“You could hear a pin drop,” Steele said. “Every student was enthralled. I couldn’t believe what I was seeing.”

On Friday, participants rose early to work on their stories with a mentor. Students have from dawn to dusk to capture their story before everyone returns to Oxford to begin editing. They stay in Oxford Friday and Saturday.

Saturday was the editing day. Students worked on their stories until 6 p.m., then student videos premiered in the Overby Auditorium. The program was free and open to the public.

“Our goals are simple,” Steele said, “have a good time, be good to each other, be open to learning, understand that challenging experiences make us better and stronger, and do your best to tell good stories. We want students to learn, to be open to meeting new people, and to understand and appreciate differences.”

Steele said learning outside the classroom adds practical experience you can’t always get by listening to a lecture.

“We want students to be proud of what they’ve accomplished because Lens Collective is a major accomplishment,” she said “This is a very nurturing environment. I believe in partnerships, community engagement and giving back. We must acknowledge and thank those who share with us.

“Our mentors from the industry are so thoughtful, and we’re thankful that the journalism school administrators see the value of this workshop. It wouldn’t happen without their support, and there aren’t a lot of colleges who offer this kind of program.”

Last year, “Signs,” a short documentary produced by American University and West Virginia University students Matt Cipollone and Mikey D’Amico, won $500 at the Oxford Film Festival and a nationwide contract with PBS about the shooting of the Emmett Till sign.

“And we know it’s been in the news again this year. NBC aired the piece a month ago. So, the story is important,” Steele said.

“The student work is good and worthy of celebrating and showcasing,” she said. “If you think about it, these students don’t know each other. They meet for two days, work together to tell one story, have a mentor they don’t know guide them, and produce the video in one day. That’s incredible.”