Humble leaders often avoid the spotlight, but sometimes inevitably find themselves in one because of their effective leadership skills and management approach.

That’s why the University of Mississippi School of Journalism and New Media is proud to announce that our dean, Will Norton Jr., Ph.D., recently received the Association for Education in Journalism and Mass Communication Presidential Award.

Debora Wenger, Ph.D., an assistant dean and professor of journalism at the University of Mississippi, attended the AEJMC conference in Toronto last week during which the award was given. She said Dean Norton humbly credited his accomplishments to the people he has worked with throughout his career. 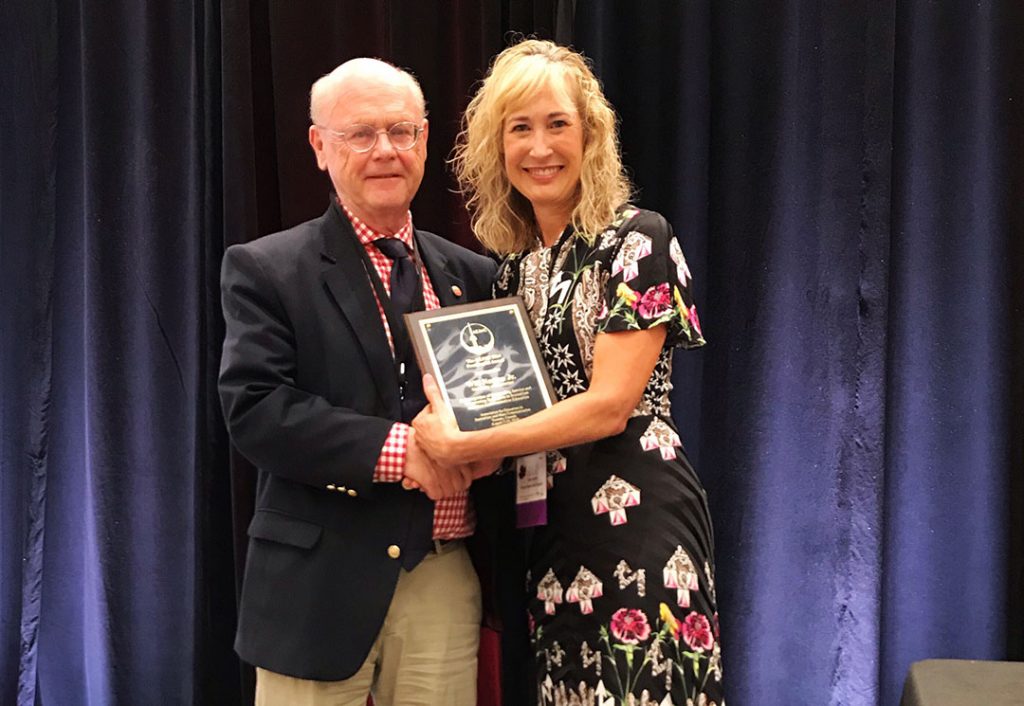 “This award is given rarely, but every person I encountered at the conference seemed to have a story about Will helping them in some way or stepping up when no one else would to get a job done,” Wenger said. “It’s clear he has been a huge asset to journalism education, and many people there applauded him for earning this much-deserved honor.”

AEJMC President Marie Hardin, dean of the Donald P. Bellisario College of Communications at Pennsylvania State University, presented the award. She said the AEJMC Presidential Award is designed to pay special tribute to individuals who have, through their leadership and service, made a difference for the organization and field of journalism.

Hardin said Norton is one of the longest-serving deans in journalism and mass communication education and was honored in 2005 as the Scripps Howard Foundation Journalism Administrator of the Year.

“In fact, our honoree has led two great programs: at the University of Nebraska, from 1990 to 2009; and, now, the School of Journalism and New Media at the University of Mississippi,” she said. “He is an exemplar of servant leadership, having been an informal mentor to many of us and a transformational teacher for hundreds of students over the decades.”