The BEA Festival of Media Arts is an international exhibition of award-winning works chosen through these various competition categories: news, sports, documentary, and scriptwriting.

This year, the BEA Festival competition for faculty and students awarded 295 entries from more than 300 participating schools and had over 1,500 annual entries from around the world, according to their website.

The UM students in the class were each tasked with different responsibilities ranging from creating video features to on-screen graphics. 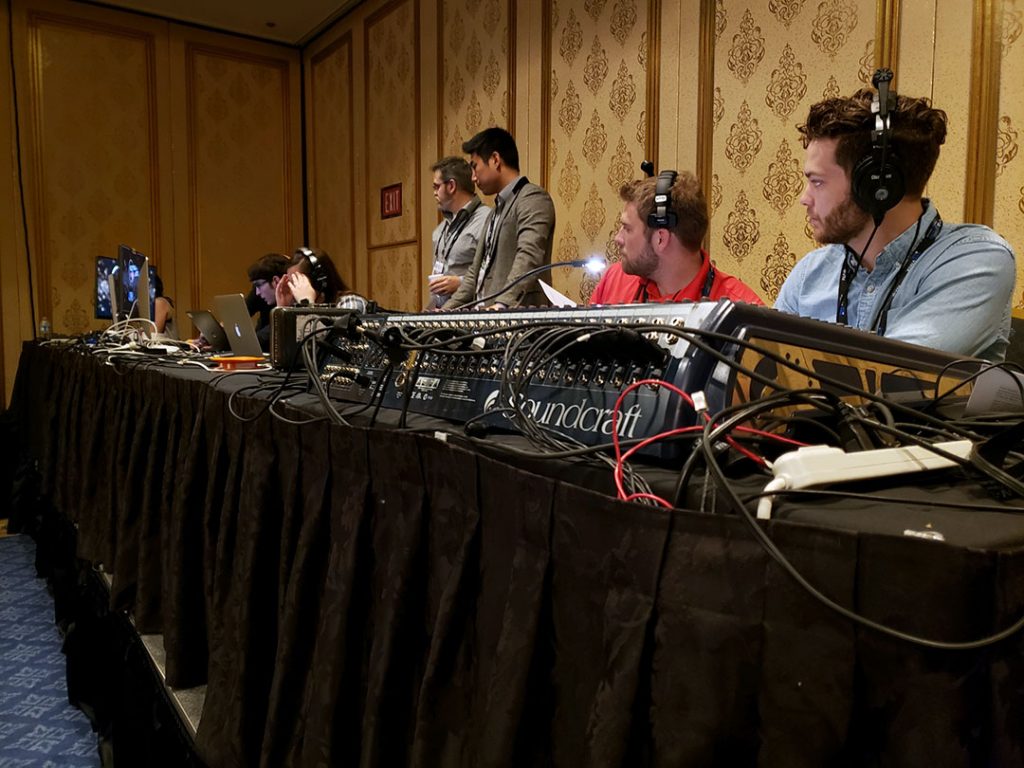 Sophomore Brian Barisa said his experience at the festival is something you just can’t get inside a classroom.

“At the BEA festival, I got more real-world experience,” Barisa said. “I got to learn what it’s like to work in these other roles of production outside of just NewsWatch and basic classwork.”

Festival Creative Director and UM Assistant Professor Iveta Imre has been attending the conference since 2005 and was officially tasked with hosting this year’s event.

“I think the biggest thing for the students was to get a different experience from everything else that they’ve been doing in the broadcast program,” Imre said. “They got to experience what it’s like to have a real live production in front of an audience, and you don’t really get a chance to do that often.”

Imre said her favorite part of the show was watching student features along with the crowd and hearing their reactions.

“We got some laughs and cries,” she said. “It was just so rewarding to see all these months of hard work come together to make this show a success.”

Irme will remain creative director for the next two years, she said, and UM students will continue to host the BEA festival during that time.

Aside from hosting the BEA award show, students who traveled to Las Vegas also got the opportunity to attend the National Association of Broadcasters (NAB) Conference.

The NAB Conference is an annual trade show that highlights and showcases various new media, entertainment, and technology.

“My favorite part about the trip would be the NAB show,” Barisa said. “I am a pretty big tech guy, so it was a lot of fun to go check out new gear and equipment that is now available in the industry.”

This story was written for HottyToddy.com by By Alec Kyzer-Andre. For more information about our program, email jour-imc@olemiss.edu.