For a week during winter break, University of Mississippi journalism students Brittany Brown and Devna Bose traded the comforts of home for waking up each morning at the first sign of light on an island they had never visited.

They were struck by the juxtaposition between the beauty provided by Puerto Rico’s mountains, beaches and rainforests and the lingering effects of one of history’s worst natural disasters.

But, the two Sally McDonnell Barksdale Honors College students in the university’s School of Journalism and New Media did not visit the island to see the views.

Brown and Bose were part of a group that went with a mission: to tell stories of recovery 16 months after Hurricane Maria. The hurricane is linked to 3,000 deaths and shook the infrastructure of the United States territory to its core. 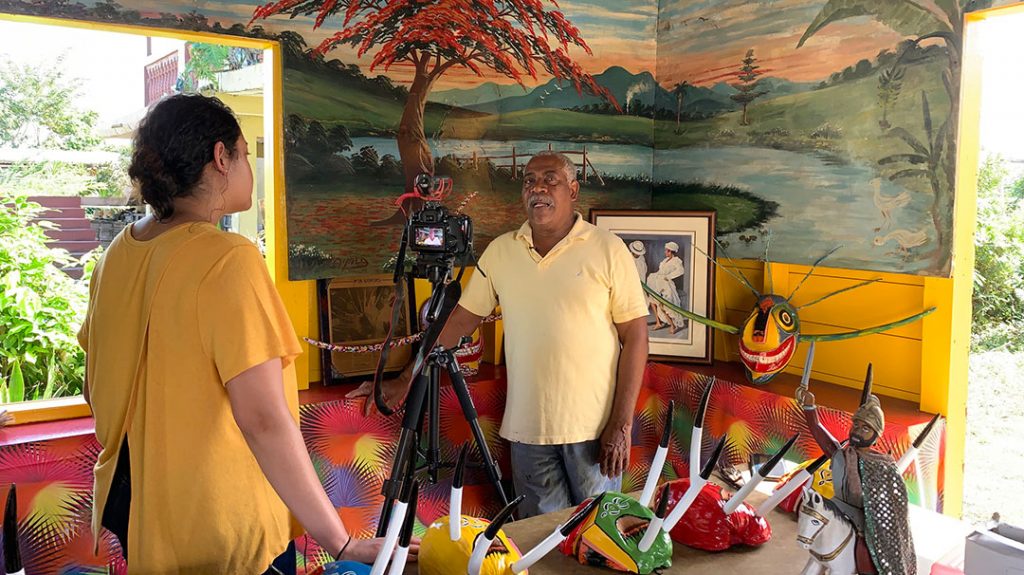 “Puerto Rico was of interest because, after doing some initial research, we knew that there were still good stories to tell about how its residents were coping after the two hurricanes that devastated the island, particularly in impoverished areas and in communities of color,” said Patricia Thompson, assistant dean for student media. “We also found ties between Puerto Rico’s recovery efforts and Mississippi students, residents and companies.”

For Brown, the trip was not solely for educational purposes. Her father is Puerto Rican, and she wanted to further understand her ancestry by visiting his family’s homeland.

“I really don’t know a lot about the Puerto Rican culture,” said the senior print journalism major from Quitman. “So, it was very much a personal reason I wanted to go to Puerto Rico, and with this opportunity I thought, ‘Why not go there while also doing something I love, which is journalism and reporting.’”

They packed so much work into the short winter intersession trip that not much spare time was available for sightseeing.

“We traveled all over the island,” Brown said. “We covered as much ground as we could. Every day we were up with the sunrise driving to the ends of the island. We were there to work – to talk to people and tell stories.

“We really got to dig into the culture of Puerto Rico. We were embedded into small communities and building relationships with everyday Puerto Ricans who are living with the effects of the hurricanes still.”

The trip was an opportunity for students to stretch their legs journalistically and put the lessons they are learning to the test in a practical environment. Weeks of phone calls and emails before the trip, along with the interviews, photographs and video from the week in Puerto Rico, will be used to produce multimedia stories that will be published this semester.

“(Once it’s published) I’m going to feel like we really accomplished a lot,” said Bose, a senior journalism major from Philadelphia. “I feel like I was pushed on the trip and I gained a lot as a reporter and as a person. It really forced me to learn how to communicate. 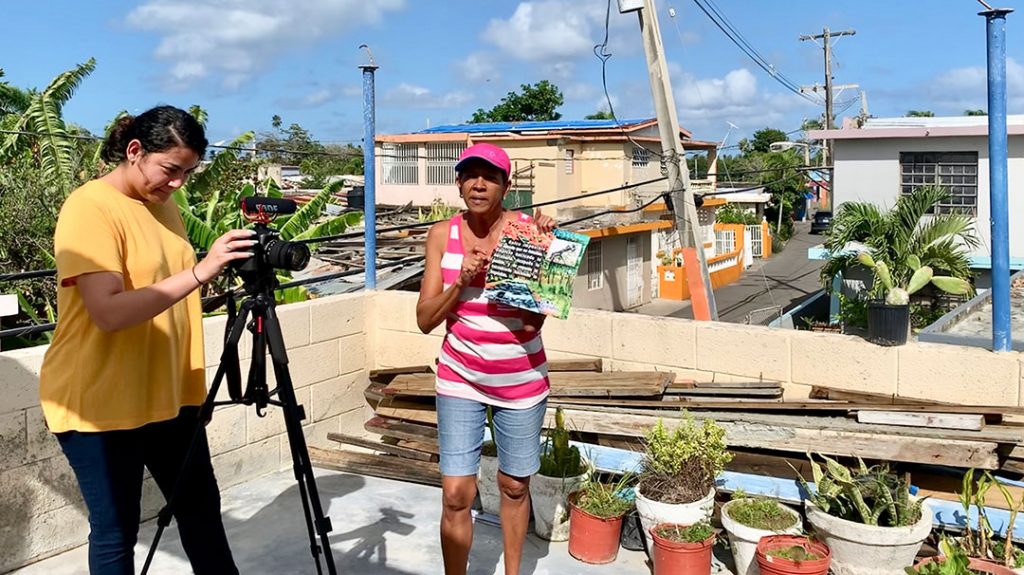 “This is going to be the only clip I have like this, where I have a hand in the photos, the video and graphics that are being made. It’s one of the most thorough pieces I’ve written. So, I’m going to feel like I put to use all the skills that I’ve learned here at Ole Miss.”

Bose and Brown said they were inspired by how the residents of Puerto Rico welcomed them, the hospitality of the people, and their passion and vigor for life despite traumatic experiences.

“Many people are still hurting,” Brown said. “Some literally have PTSD, and if it rains too hard or the wind blows too hard, it can be scary. But the people of Puerto Rico are still so passionate and they refuse to sit in pity and wallow about their situation. I would describe them as resilient.”

Bose’s project will focus on the mental and emotional impact the storms had on residents.

“I am looking at how the people were affected and what’s being done to improve mental health on the island since the hurricane,” she said.

Bose said the residents were open and hospitable to them as reporters, and they seemed to embrace having their stories told instead of viewing the students with skepticism.

“We were really careful to make sure we weren’t exploiting anyone’s tragedy or taking advantage of their situation,” she said. “But no one seemed to think like that. It didn’t seem to cross anyone’s mind. They were just so eager to share their voice, which was amazing to me.”

Some of the students spent time examining recovery and the impact of the hurricanes on Loíza, a small, majority Afro-Puerto Rican town in the northeastern part of the island. In a few ways, Loíza drew comparisons to Mississippi in terms of the Magnolia State’s relationship to the rest of the United States.

“The story I’m working on shows a lot of parallels between Loíza and Mississippi,” said Brown, who aspires to one day be a documentary filmmaker. “Loíza has one of the highest percentages of black Puerto Ricans; Mississippi is one of the states with the largest percentage of African-Americans.

In more rural locations on the island, English becomes less commonly spoken. Brown said her ability to speak Spanish was tested during interactions in parts of the island, and she was glad she was able to get out of her comfort zone and practice her Spanish.

“This was my first time really reporting in Spanish,” she said. “My minor is Spanish, and I feel confident in my ability to report in Spanish, but this was the first time I’ve really put the pedal to the metal and really tested myself.”

Thompson said the students represented the university exceptionally well on the trip.

“Watching our students expand their storytelling skills as they explored other cultures (was most memorable for me),” she said. “Several sources complimented our students on their interviewing skills, saying they were as good or better than national media who had interviewed them.”

Bose said she is grateful to Thompson for her leadership and work to make this opportunity possible for students.

“It amazed me that she pulled this trip together in such a short timeframe,” Bose said. “We never would have been able to do anything that we were able to do without her guidance, so I’m just really grateful to her.”

The School of Journalism and New Media works with the university’s Study Abroad Office to offer students a variety of reporting trips to locations around the globe.

This story was written by Justin Whitmore of UM Communications. If you are interested in learning more about our programs or becoming a student, please email umjourimc@olemiss.edu. 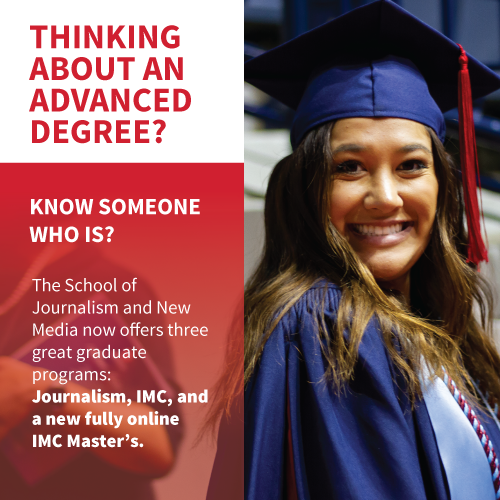