Last week, Netflix dropped the first feature film released by the popular, science fiction anthology series “Black Mirror.” “Bandersnatch” is the story of a “programmer creating a video game based on the fantasy novel of an unhinged genius,” Mashable reports.

This is exciting to fans and some University of Mississippi students because the UM School of Journalism and New Media has its own class that incorporates episodes of “Black Mirror.”

Harvard Political Review recently mentioned The Black Mirror Project created by a University of Mississippi School of Journalism and New Media journalism professor that envisions the future of media through the lens of the science fiction television series.

After learning about the history of media, professor LaReeca Rucker asks students in Journalism 101 to envision the near future of media after watching several specific episodes of the series. They are asked to use their imagination to write a synopsis of their own “Black Mirror” episode. The most creative and original responses are published on The Black Mirror Project website: https://blackmirrorideas.wordpress.com/

“Black Mirror” is a British science fiction television anthology series set in the near future that explores the potentially dark consequences of technology and social media. Each episode has a different cast with a unique story and, like most science fiction, it offers a speculative warning about what could happen if we lose control and allow technology to control us.

The show, created by Charlie Brooker, was first broadcast on British television in 2011. It is now a Netflix original series, and some have called it a modern day “Twilight Zone.” Recognizing its potential for the discussion of modern and future media, some colleges and universities across the country have incorporated “Black Mirror” into their journalism and communications classes. 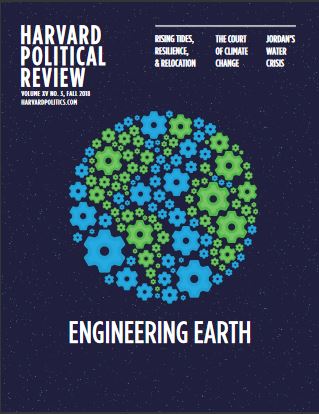 It reads, “At the beginning of most Black Mirror episodes, viewers enter a near-future world with a technology that appears novel, even benign. Then this technology goes horribly, unpredictably wrong. In this chaos are echoes of our paradoxical anxiety, which grows worse and worse in a world becoming better and better. Black Mirror has resonated. The series has earned huge ratings, prestigious awards, and praise from figures ranging from Jordan Peele to Stephen King.”

The School of Journalism and New Media also plans to offer a different, but similar “Black Mirror” class this summer as an elective. Those who are interested may email Rucker at ldrucker@olemiss.edu.

Read the Q & A with Rucker about “Black Mirror.”

Q: What is the Black Mirror Project? Why did you get involved with it, and what results has it borne?

A: The Black Mirror Project is a website I created and an ongoing assignment I give my mass communication students each semester. After they spend most of the semester studying the history of media, we shift the focus to the future of media. I assign four specific episodes of “Black Mirror” for them to watch and ponder.

I have always been a fan of science fiction, and when this series came out, I thought it was mind-bending. I also liked that the first season of the series focused a lot on social media usage and offered some scary episodes regarding social media that seemed very plausible. I like that the show is set in the near future – not hundreds of years away. I think that makes it more frightening and relevant.

As a result of starting this project, I have been contacted by people from several different states and countries who have used “Black Mirror” in their college and high school classes. Some have reached out asking if they can submit their students’ Black Mirror Reflections to be published on our website, and I have encouraged them to do that. I love collaborating with others. 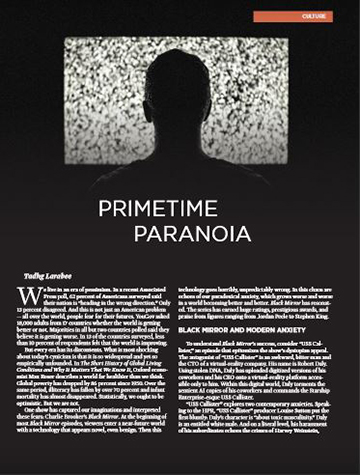 Q: How have you integrated Black Mirror into your teaching, and what does it add to your classroom?

My students are asked to write a Black Mirror Reflection by thinking about the episodes of the show they have been assigned while pondering technology and social media in the near future. Then they are asked to research the future of technology by Googling and reading several articles on the subject, and talking to friends, family and professors to get ideas.

They are asked to imagine that they’ve just been hired as a writer for the show. It’s their job to come up with a storyline for their own episode, but they only have a week to do it or they (fictionally) get fired. They are told to imagine it will be featured in the next season of “Black Mirror.”

Students write a one-page, double-spaced report describing their episode and the characters they imagine starring in it. They discuss what technology is used and how? They think about a scenario involving technology and social media, and take that idea to an extreme. That’s the story.

I read them and select the best ones to publish on our Black Mirror Project website. You will find a collection of creative “Black Mirror” responses there. I think the exercise helps students begin to think about their personal relationship with technology, social media and electronic communication. Some have said it was “eye-opening.”

I think one of the differences is that “Black Mirror” seems to be set in the near future. To me, that makes it more frightening and plausible because many of the episodes involve scenarios that we are on the verge of experiencing now. While some of “The Twilight Zone” episodes were like this, many were set many years in the future and were often more fantastical than reality-based.

I wanted to show students several episodes of “The Twilight Zone” that could be compared and contrasted with “Black Mirror,” hoping in my research I would find some “Twilight Zone” episodes from more than 50 years ago that had envisioned the future spot on, but I had difficulty finding episodes that I thought would be a good fit. However, the Harvard Political Review article does offer up a lot of interesting points about what the “The Twilight Zone” has meant to our culture.

I do show one “Twilight Zone” episode called “Number 12 Looks Just Like You” that is about the idea of beauty and perfection, which is still very relevant to viewers today.

I think the scenarios that “Black Mirror” presents are warnings about the near future in the same way “The Twilight Zone” warned us about our world. They both were important shows with confrontational, yet helpful messages that we should pay attention to.