Veteran journalist Greg Brock, whose 43-year-career included positions at some of the country’s largest and most respected newspapers, has been named a senior fellow at the Overby Center for Southern Journalism and Politics at the University of Mississippi.

His appointment was announced by Charles Overby, chairman of the Overby Center, an institute devoted to creating a better understanding of the media, politicians and the role of the First Amendment in our democracy. 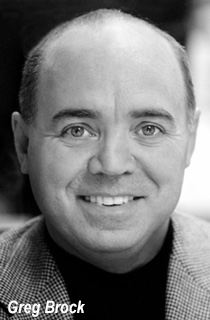 Brock recently retired from The New York Times, where he worked for 20 years in a number of leadership capacities. He was senior editor for standards, news editor of The Times Washington bureau, news editor on the international desk and deputy political editor for the 1996 presidential campaign.

“Greg Brock has had a career filled with accomplishments,” Overby said. “He will bring his insights and experience to Ole Miss in a way that will benefit students and all who come in contact with the Overby Center.”

Before joining The Times, Brock spent almost a decade at The Washington Post, where he had several editing positions, including night city editor and a news editor for the front page.

He began his career in Florida at The Palm Beach Post. He later worked at The Charlotte (N.C.) Observer, The San Francisco Examiner and the Louisville (Ky.) Journal.

Brock was a 1994 fellow at the Nieman Foundation for Journalism at Harvard University and later served on the foundation’s advisory board for 10 years.

A native of Crystal Springs, Brock graduated from the University of Mississippi in 1975 with a Bachelor of Arts degree in journalism. While at Ole Miss, he worked for The Daily Mississippian as a reporter, news editor and managing editor. He was president of the student chapter of Sigma Delta Chi/Society of Journalists and was chosen by the faculty as the Sigma Delta Chi Outstanding Graduate in Journalism.

In 2012, the Meek School of Journalism and New Media at Ole Miss awarded him the Sam Talbert Silver Em Award, given to a Mississippi-connected journalist whose career has exhibited “the highest tenets of honorable, public service journalism, inside or outside the state.”

In addition to his work at the Overby Center, Brock is an adjunct instructor at the Meek School.