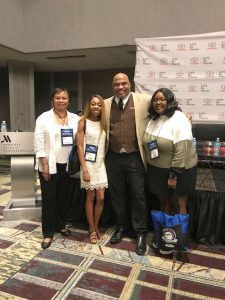 They are attending workshops and panels, meeting with media job recruiters, and networking with alumni. Here they are with alumnus Jesse Holland on Thursday, following his participation on a luncheon panel titled “The Power of Black Panther and Creating Positive Images in the Media.”

Highlights of the convention include a newsmaker plenary on Journalism Driven by Technology and Innovation; a panel on When Arts Meets Activism featuring movie actresses, directors and entertainment editors; a town hall on diversity; a “master class” on entrepreneurship and branding with Tyler Perry; workshops on data reporting, social media in the newsroom, covering the migration crisis, visual journalism, sports journalism, digital content; professional training sessions by CNN, CBS and other media; interviews with authors of books just released; screenings of new films and TV shows; awards ceremonies.

Recruiters from all major media are recruiting students and professionals for jobs and hosting receptions. Jemele Hill of ESPN’s The Undefeated is NABJ’s Journalist of the Year. 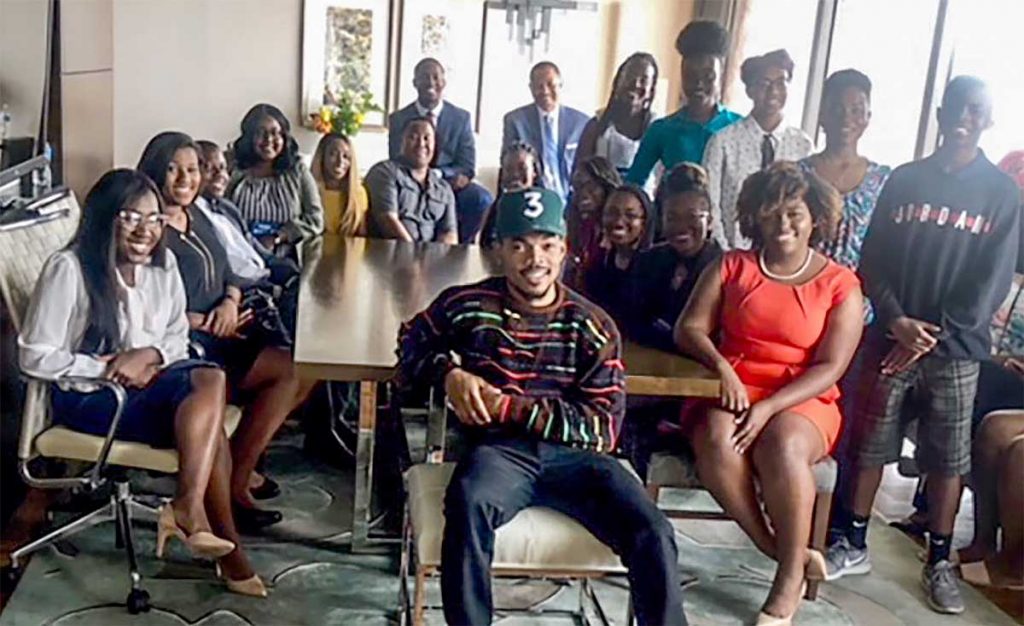 NABJ with Chance the Rapper