A Glimpse Inside the Real World

IMC students traveled to Atlanta to see integrated marketing communications in action as a part of a Study USA class designed to let students experience in a corporate environment what they were learning in the classroom.

Through school connections, Coca-Cola and Turner Broadcasting welcomed Ole Miss IMC students inside their worldwide headquarters for an exclusive look at how they craft communications and connect their brands to win the hearts and minds of consumers. Students did more than tour the revered offices of the two brand-powerhouse marketing and communications companies; they interacted with high-level marketing personnel and got a close-up, inside look at their workplaces. 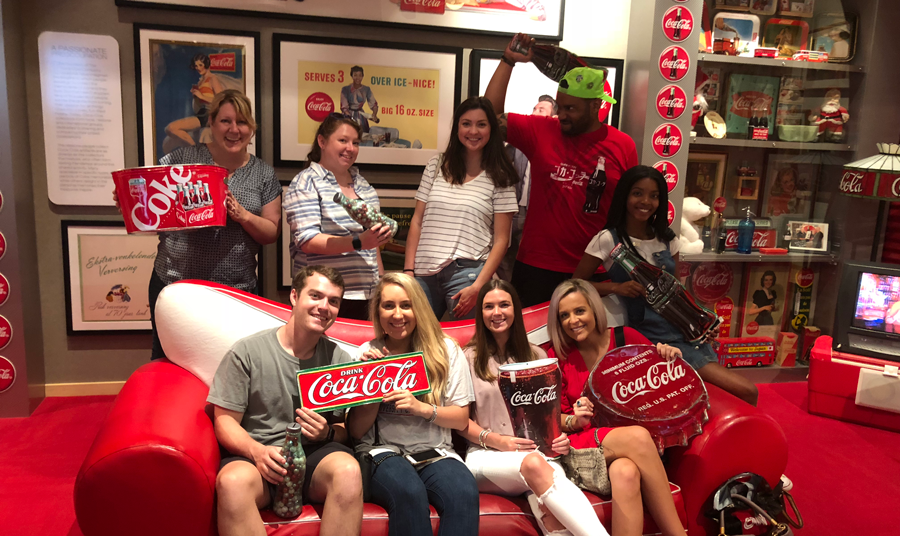 The first stop for these industrious students was The Coca-Cola Company. IMC students spent a week meeting with senior-level executives and getting the inside scoop on how the brand groups apply integrated marketing communications within their brand-building initiatives. Upon entering the gates of the Coca-Cola Company office buildings, students were provided security badges and greeted with a welcome message on digital screens broadcasting their arrival throughout the building.

They quickly got the idea that there is more to marketing the world’s No. 1 soft drink brand and were surprised to learn Coca-Cola markets 20 different brands that have more than $1 billion in sales across multiple beverage categories.

Students acclimated to the world of Coca-Cola marketing through a tour of the facilities and an orientation to the mission, values and brands of the Coca-Cola Company from our hostess Laura Wagnon, group director of business transformation. After providing the students with a foundational understanding of the Coca-Cola Company and its total portfolio of beverages, Wagnon issued a brand challenge to the group and kicked off a week of marketing interactions with different groups within Coca-Cola.

During the week, students were immersed in marketing sessions with marketing leaders from groups throughout Coca-Cola. Each day was spent in one-on-one marketing presentations while the afternoons were dedicated to working in teams to apply newfound knowledge and put together a campaign from the brand challenge to present back to Coca- Cola management at the end of the week.

The first marketing session featured Ole Miss alum Rod Bates, director of decision science and data strategy. He shared how his team works with the brand teams to use data to make good marketing decisions and showed examples of analytic models his team uses to predict the impact of brand plans. According to Bates, data “hardens the soft side of marketing.” He was a favorite speaker and the first of many to show the class that data and research are an integral part of brand marketing.

"One of the great joys of teaching IMC at Ole Miss is the opportunity to leverage my career network to provide real-world experiences to aspiring IMC students." 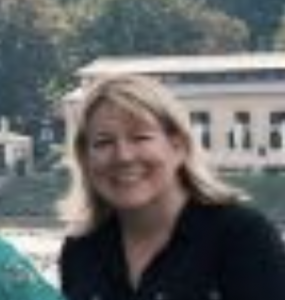 The marketing sessions exposed students to all facets of marketing. Presentations by the brand marketing teams for Diet Coke, licensing, strategic communications, customer marketing, marketing assets and FIFA World Cup showed students integrated marketing campaign planning, implementation and results in action. The social marketing team was of particular interest to students as they heard how the team interacts with other brand teams to facilitate connections with consumers through online conversations in social media.

Students were also exposed to the ideas of innovation and customer partnership with a visit to the KO Lab. The lab is a high-tech workspace where customers are invited in to see innovative ideas in beverages, merchandising, and digital communication. The visit to the Coca- Cola lab provided students with a view of the future and how marketers are thinking about Coca-Cola brands in the years to come.

On Friday, students welcomed an opportunity to show what they had learned and presented their ideas for a campaign for the Fanta brand. Organized in teams, each group of students presented their ideas. It was a good experience for all as they closed out a week inside the walls of The Coca- Cola Company. Students remarked what an eye-opening experience it was and how much they learned. It is safe to say our students formed a new appreciation for all things marketing and for Coca-Cola.

After presenting their brand challenge projects, the group said a reluctant goodbye to Coca-Cola and traveled over to Turner Broadcasting for a visit inside the world of Turner Studios, CNN, TBS, TNT, Turner Classic Movies, Cartoon Network, Adult Swim, Boomerang and TruTV. 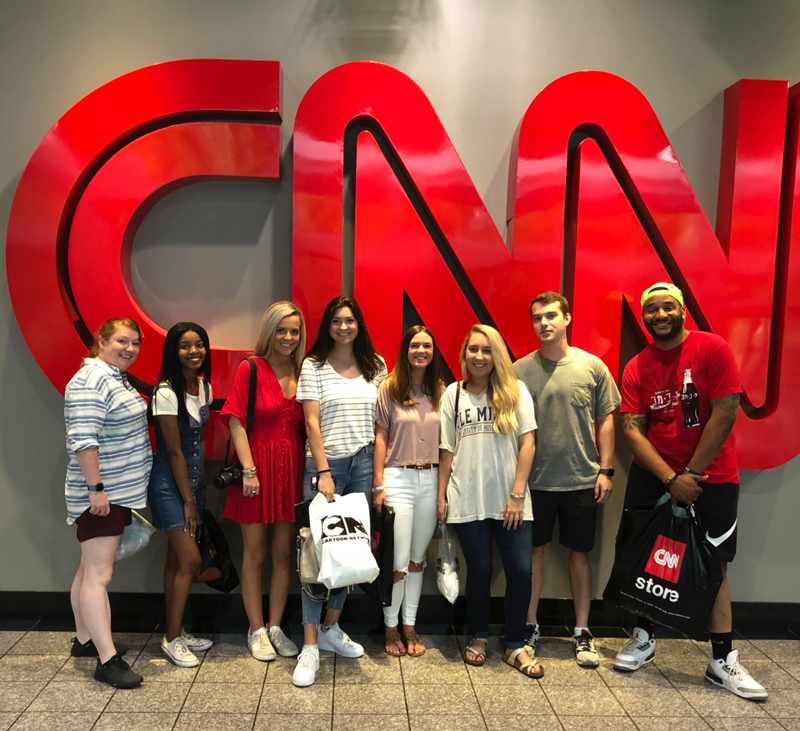 Ole Miss alumnus Spencer Lewis, director of social content for Turner Studios, was the host. He set up a behind-the-scenes tour of Turner Studios and Adult Swim for our media-minded students. Flushed with excitement and feeling like VIPs, the group entered Turner Studios through the employee security gate and walked straight onto the set of the Emmy Award-winning Inside the NBA sports show.

The students could barely contain their excitement. They took turns sitting in the host seats on the sets. They learned about the show hosts as well as the ins and outs of the people it takes to run a show. They discovered there are two types of jobs in the studios: above the line, which includes the director, producer and assistant director; and below the line, which includes the technical executors, audio engineers, and graphic operators.

The next stop was the offices of Adult Swim and Williams Street Productions. The students were beyond excited to get an inside look of the place where some of their favorite shows were created. They looked like kids in a candy store as they spotted beloved characters in the office hallways. Cameras came out as they snapped photos of every piece of Adult Swim memorabilia they saw.

It was such a fun, interactive office environment.

They impressed their host with their knowledge and enthusiasm for all things Adult Swim-related. They even asked about the golden owl and went on a quest to find it during the office rotation.

The students’ time inside Turner was inspiring. Students were exposed to ideas and career avenues they had not considered before their visit. They saw the connection between broadcasting, cartoons, marketing, and social media. For some students, the highlight was to be able to see a sneak peek of an episode of Rick and Morty being created and interact with the show designer. For others, it was the opportunity to snap a picture behind the host desk of Turner Studios. Still, others were attracted to social media or production. All agreed, the visit to Turner Broadcasting was an experience to remember.