Lantern awards are presented at three levels in multiple categories. The highest award in each category is called the Lantern, followed by Awards of Excellence and Merit.

Both Andrew Abernathy (pictured left) and Robin Street (right) are faculty members in the Integrated Marketing Communications program, and members of Oxford/Ole Miss chapter of the Public Relations Association of Mississippi.

Abernathy, communications specialist for the UM School of Education, is teaching one class as an adjunct. He won a Lantern in the brochures category for Opportunity Starts Here, a view book for prospective education graduate students. Abernathy is also a Meek School alumnus, earning a B.A. in 2008 and M.A. in 2010.

Robin Street, senior lecturer, received two Awards of Excellence. One was for an opinion column she wrote titled The IHL gets an F in Public Relations, and the other was for a multi-media news release. Street has taught in the Meek School since 1990 and actually taught Andrews in introductory Journalism and Public Relations classes. 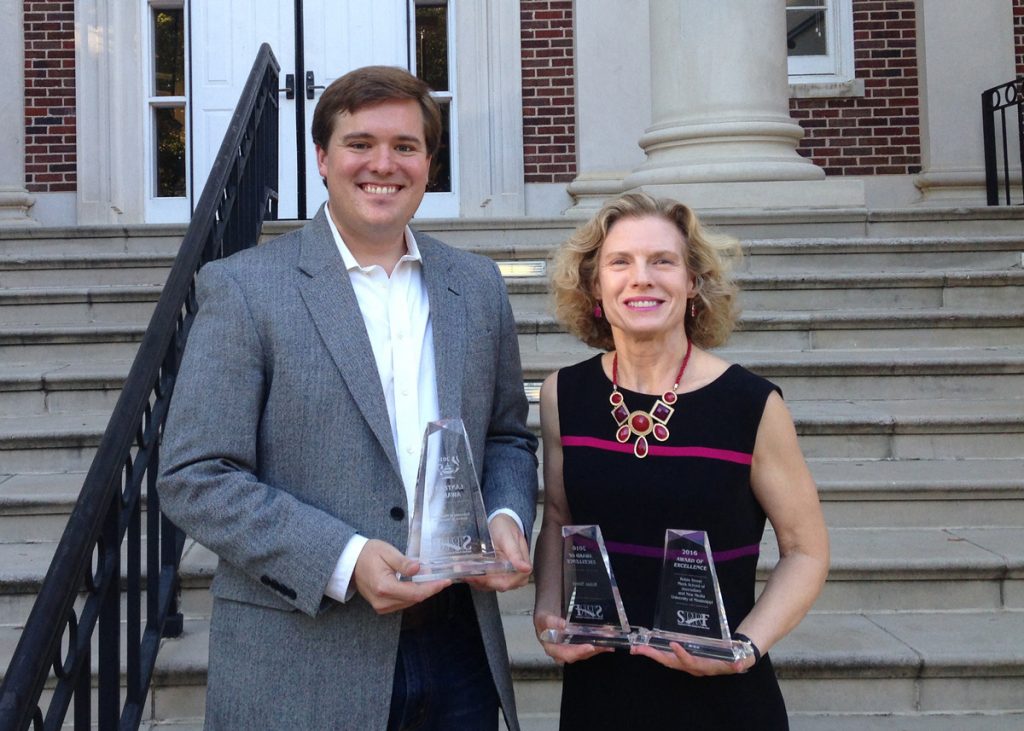